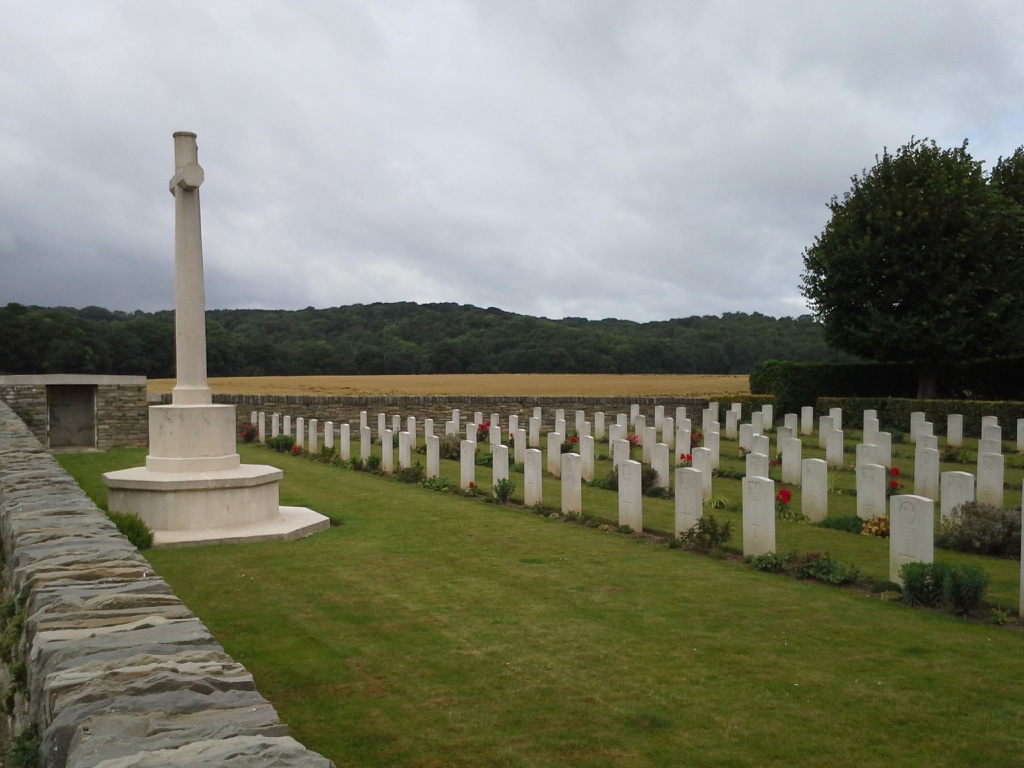 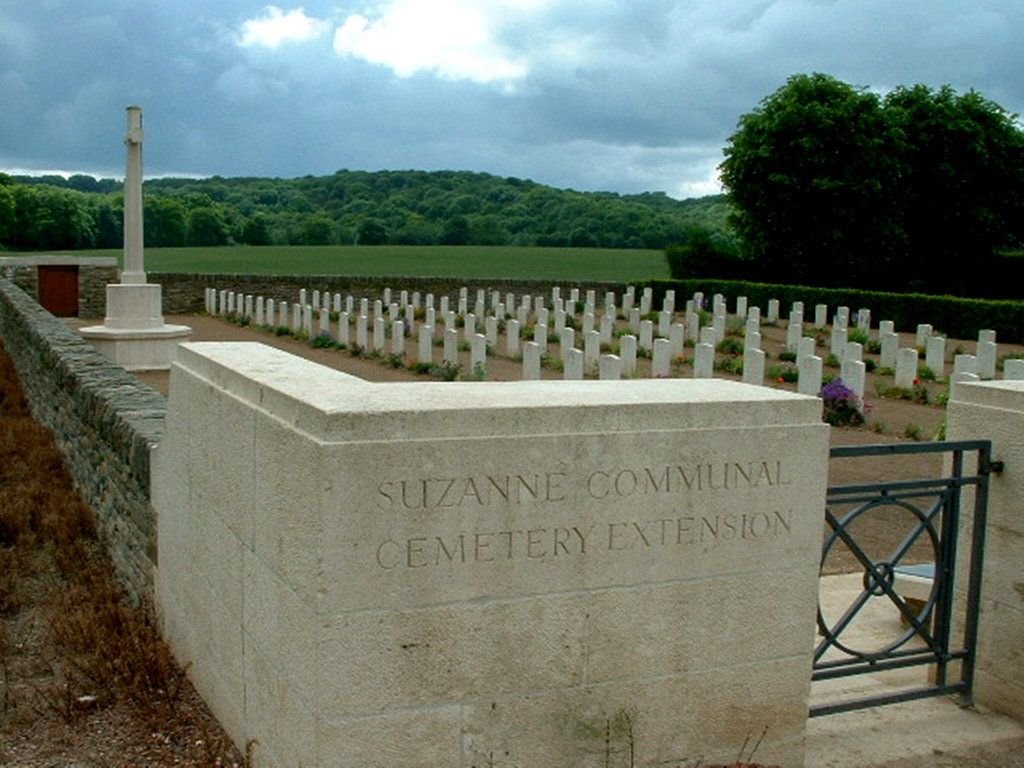 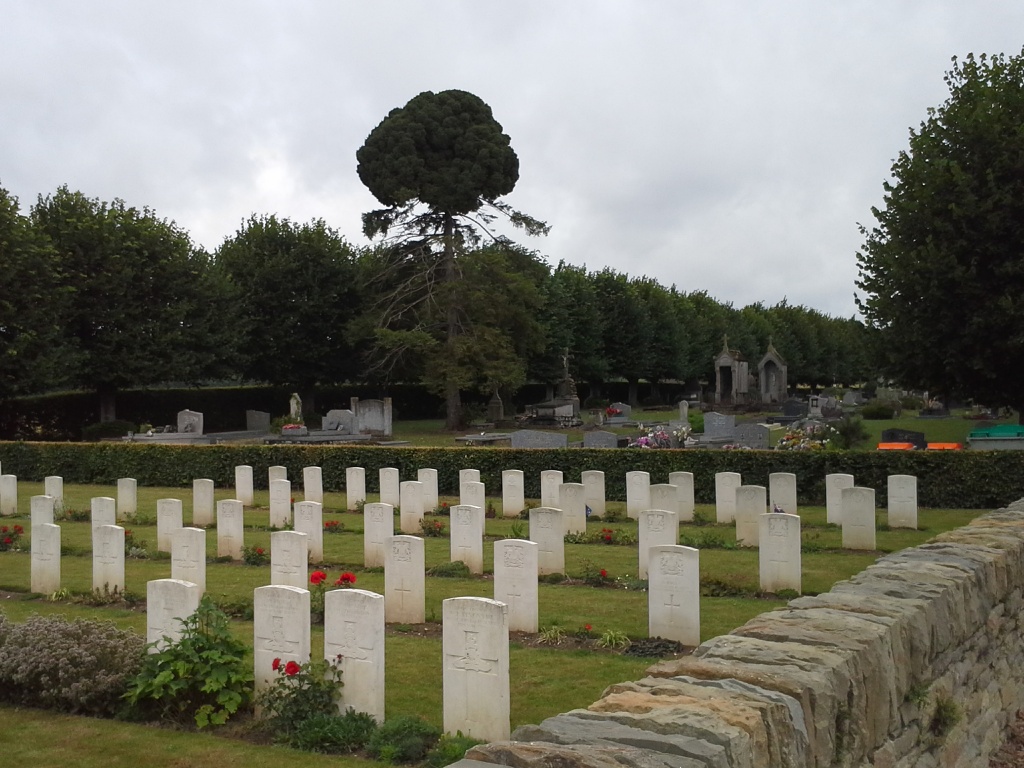 Suzanne is a village in the Department of the Somme about 13 kilometres south-east of Albert. Suzanne Communal Cemetery is 350 metres north-west of the village on the road from Albert and the Extension is on the south-east side of the Cemetery.

The village of Suzanne was taken over by British troops in the summer of 1915, lost in March 1918, and recaptured by the 3rd Australian Division on the following 26th August. The Extension was begun by French troops, used by the British from August 1915 to January 1917, taken over by the Germans in March 1918, and resumed by British units in August and September 1918. The graves of 387 French and 71 German soldiers have been removed to other cemeteries. There are now over 150, 1914-18 war casualties commemorated in this site. The Extension covers an area of 981 square metres and is enclosed on three sides by a low rubble wall.