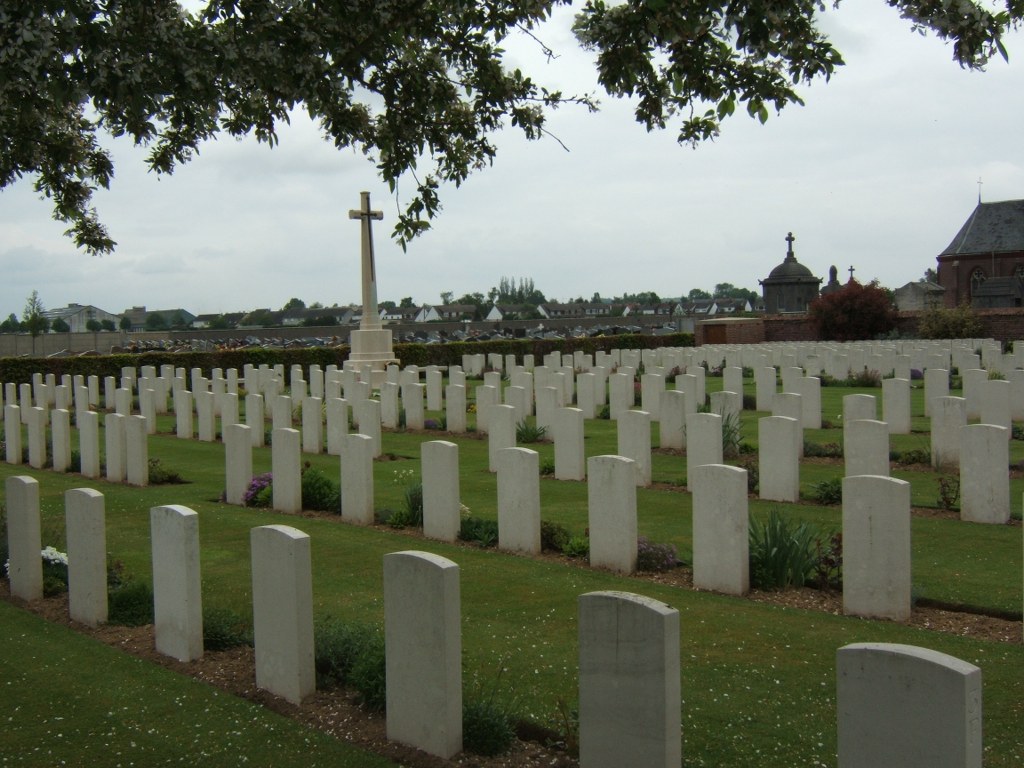 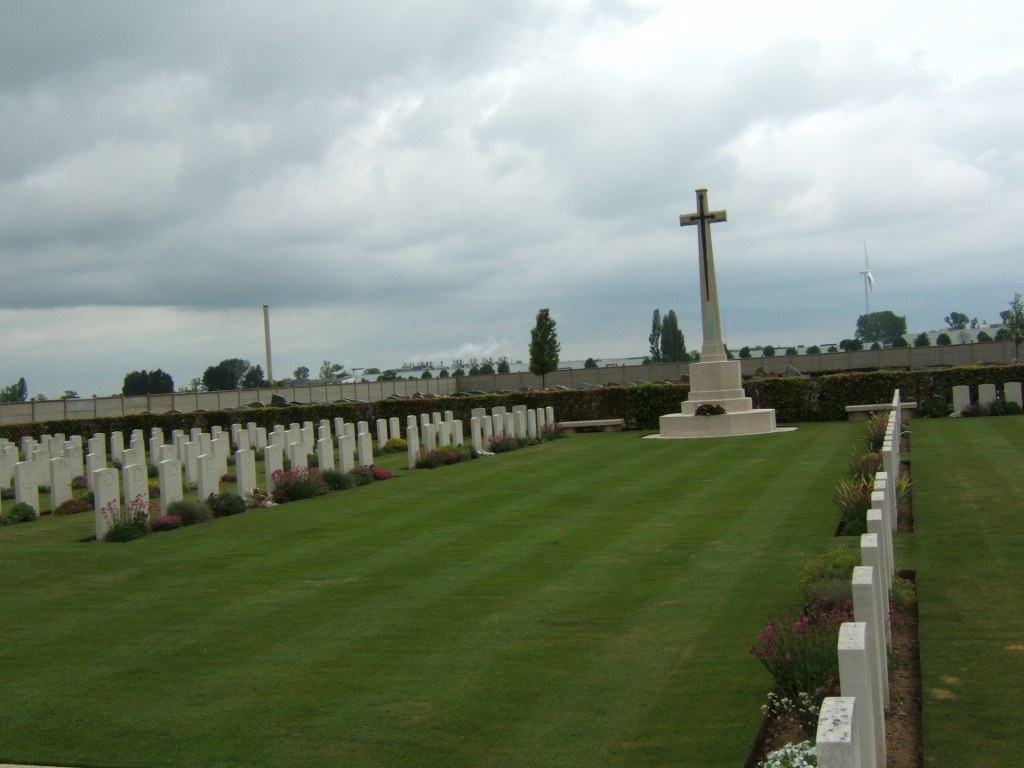 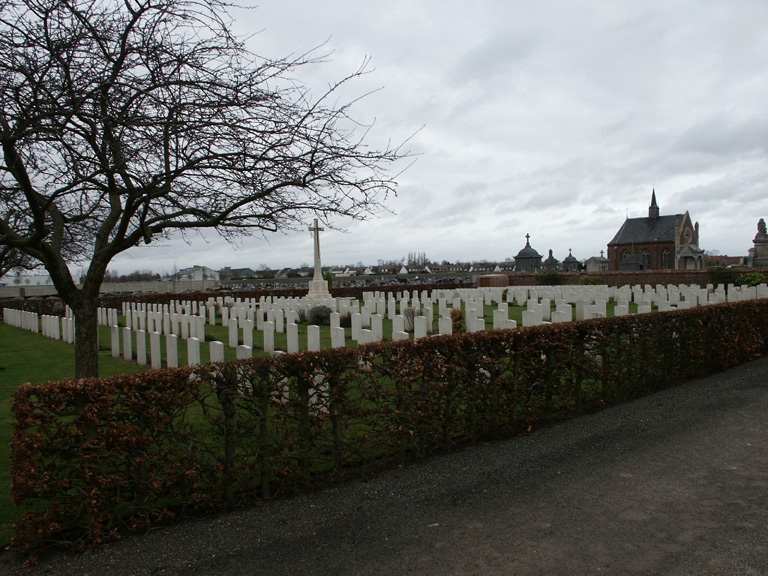 Rosieres is a village about 32 kilometres east of Amiens and 7.5 kilometres south of the main road from Amiens to St Quentin. From Peronne take the N17 towards Roye. Travel for approximately 7 kilometres to Villers Carlonne then turn right towards Amiens on the N29. Travel for 13 kilometres then turn left on the D329 towards Rosieres, then take the D28 towards Caix. Follow the signs for the communal cemetery which is situated on the northern side of the village.

Rosieres was the scene of heavy fighting between the French Sixth Army and the German First Army at the end of August, 1914. It came within the British lines in February 1917. With the advance to the Hindenburg Line in the spring of 1917, Rosieres became part of the back area; but in the German offensive of March 1918, it was reached by the enemy on the 26th. It was defended on the 27th, in the Battle of Rosieres, by the 8th Division and the 16th Brigade, Royal Horse Artillery; but these troops had to be withdrawn in the night. On the 9th August, after a stubborn defence, the village was retaken by the 2nd Canadian Division and Tanks. The Extension was made by the units which retook Rosieres. It consisted until the Armistice of four rows (Plot I, A-E) containing 97 graves. It was enlarged subsequently by the concentration of graves from the battlefields surrounding Rosieres and certain smaller cemeteries, including:- CAMOUFLAGE CEMETERY, Rouvroy-en-Santerre, which was near the South-West side of the road from Rouvroy to Warvillers. It was made by the 32nd Division in March 1917, and contained 16 graves of soldiers from the United Kingdom, 13 of whom belonged to the 2nd K.O.Y.L.I. POPLAR TRENCH CEMETERY, Meharicourt, which contained 19 graves. There are now over 400, 1914-18 war casualties commemorated in this site. Of these, over one-third are unidentified and the names of three soldiers from the United Kingdom, two from Australia and one from Canada, known or believed to be buried among the unknown graves, are recorded on special headstones. In addition, special headstones are erected bearing the names of five soldiers buried in Camouflage Cemetery, Rouvroy, and one buried in Rosieres German Cemetery, whose graves were not found on concentration. The Cemetery covers an area of 1,699 square metres and is enclosed on the East by the Communal Cemetery wall, on the West by a wall, on the North by a concrete curb.