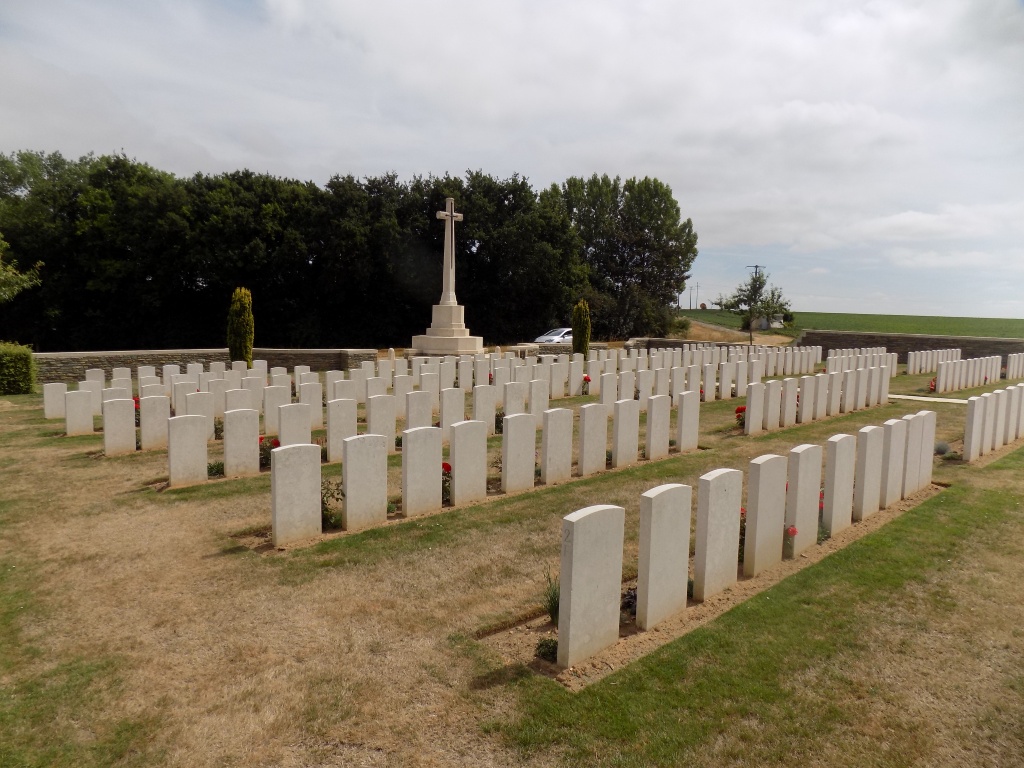 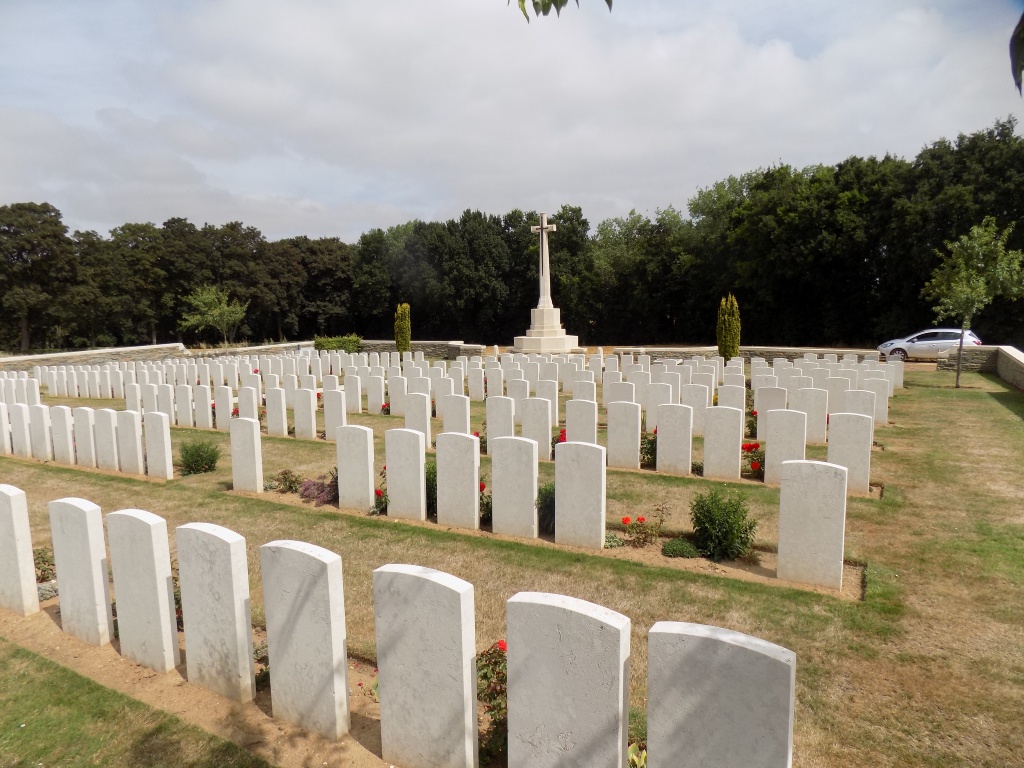 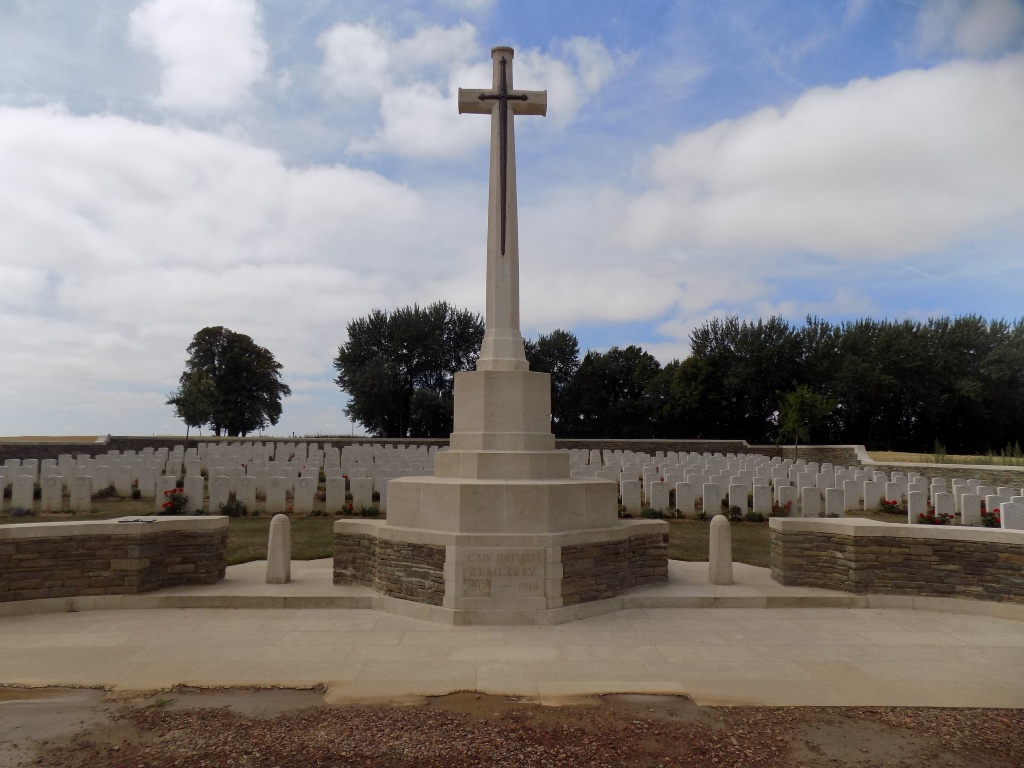 The village of Caix is situated about 28 kilometres south-east of Amiens, midway between the N29, Amiens to St. Quentin road, and the D934, Amiens to Roye road. The Cemetery is south of the village. From the centre of the village on the main road, D28, in the direction of Beaucourt en Santerre, turn left at the D41 in the direction of Le Quesnel. About 200 metres along this road is the local communal cemetery and the first CWGC signpost will be found. Turn left just before the local cemetery and follow the side road where the British Cemetery will be found on the right.

Wheelchair access to this site possible - maybe by alternative entrance.

Caix was occupied by Commonwealth troops in March 1917, lost during the German advance in March 1918, and recaptured on 8 August 1918 by the Canadian Corps.

Caix British Cemetery (called at first Caix New British Cemetery) was made after the Armistice when graves (mainly of March and August 1918) were brought in from the battlefields and from the following smaller cemeteries:-

BEAUCOURT CHATEAU GERMAN CEMETERY, in the Chateau grounds at Beaucourt-en-Santerre, which contained the graves of three soldiers and one airman from the United Kingdom who fell in March and April, 1918.

BEAUFORT GERMAN CEMETERY, in an orchard near Beaufort Church, from which the graves of three soldiers from the United Kingdom, who fell in April, 1918, were removed (one other was reburied in Hangard Communal Cemetery Extension).

CAIX (Old) BRITISH CEMETERY, close to a farmhouse on the East side of the village. It was made by the Canadian Corps, and it contained the graves of 91 soldiers from Canada and 19 soldiers and airmen from the United Kingdom who fell in August, 1918.

DE LUCE BRITISH CEMETERY, CAIX, close to the North Bank of the river, which contained the graves of 17 soldiers and airmen from the United Kingdom, eight Canadian and five Australian soldiers, all of whom fell in August, 191 8.

LE QUESNEL GERMAN CEMETERY (a little East of Le Quesnel Church), in which four men of the Canadian Mounted Rifles were buried by their comrades in August, 1918.

RIDGE CEMETERY, HANGARD, West of Hangard village, looking down on the Luce, contained 20 Canadian soldiers who fell on the 8th August, 1918.

The cemetery now contains 373 Commonwealth burials of the First World War, 73 of them unidentified.