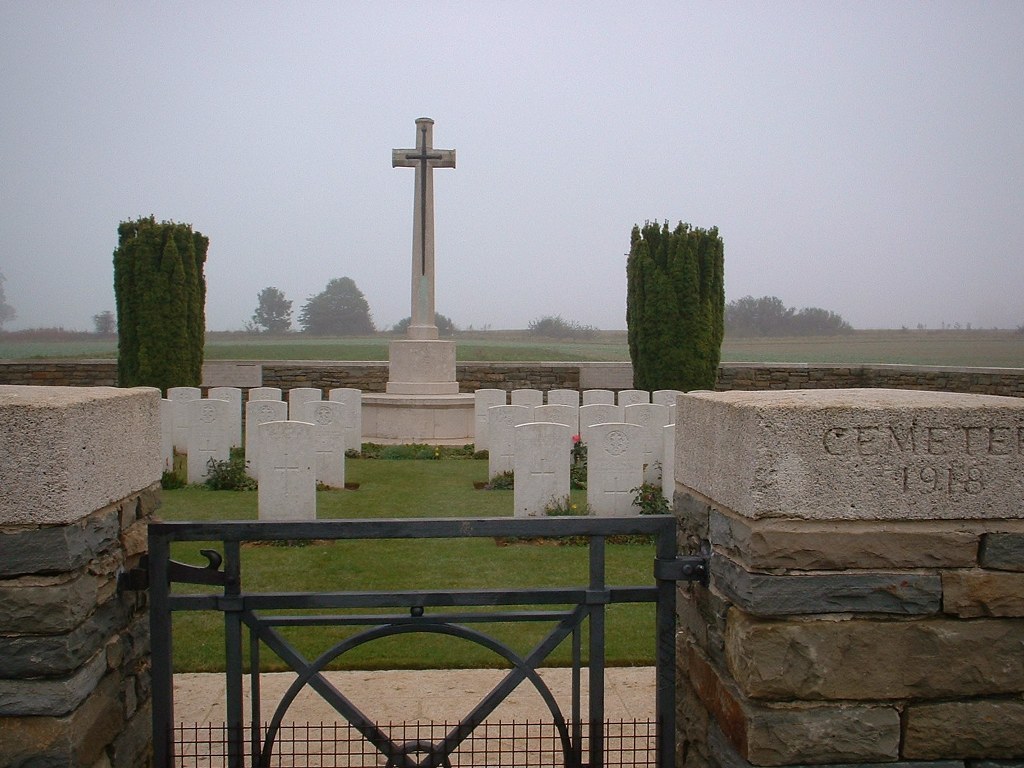 The village of Epehy was captured at the beginning of April, 1917; lost on the 22nd March, 1918; and retaken (in the Battle of Epehy) on the following 18th September by the 12th (Eastern) Division. Domino British Cemetery was made by the 33rd Division Burial Officer at the beginning of October, 1918, and named by him from the divisional sign. One grave (in Plot I, Row C,) was brought in after the Armistice. There are now over 50, 1914-18 war casualties commemorated in this site. Of these, a small number are unidentified. The cemetery covers an area of 255 square metres and is enclosed by a low rubble wall. Four hundred and fifty metres North-East of the cemetery is Vaucelette Farm, where a Memorial has been erected to commemorate the services of the 1st/4th Loyal North Lancashire Regiment.