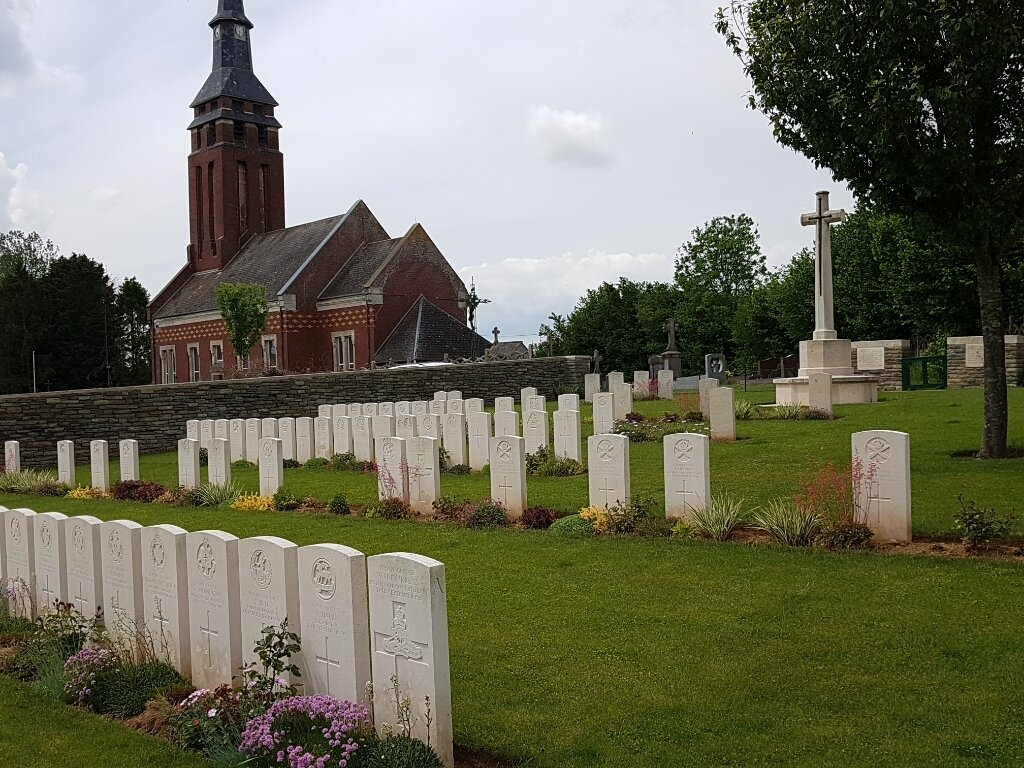 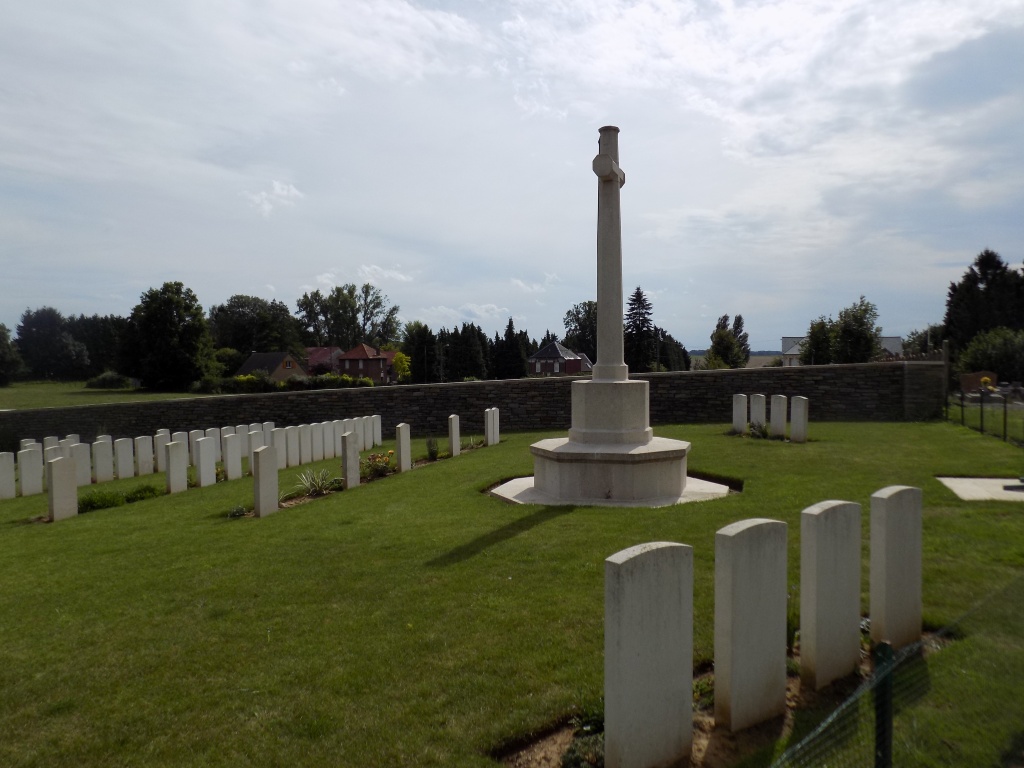 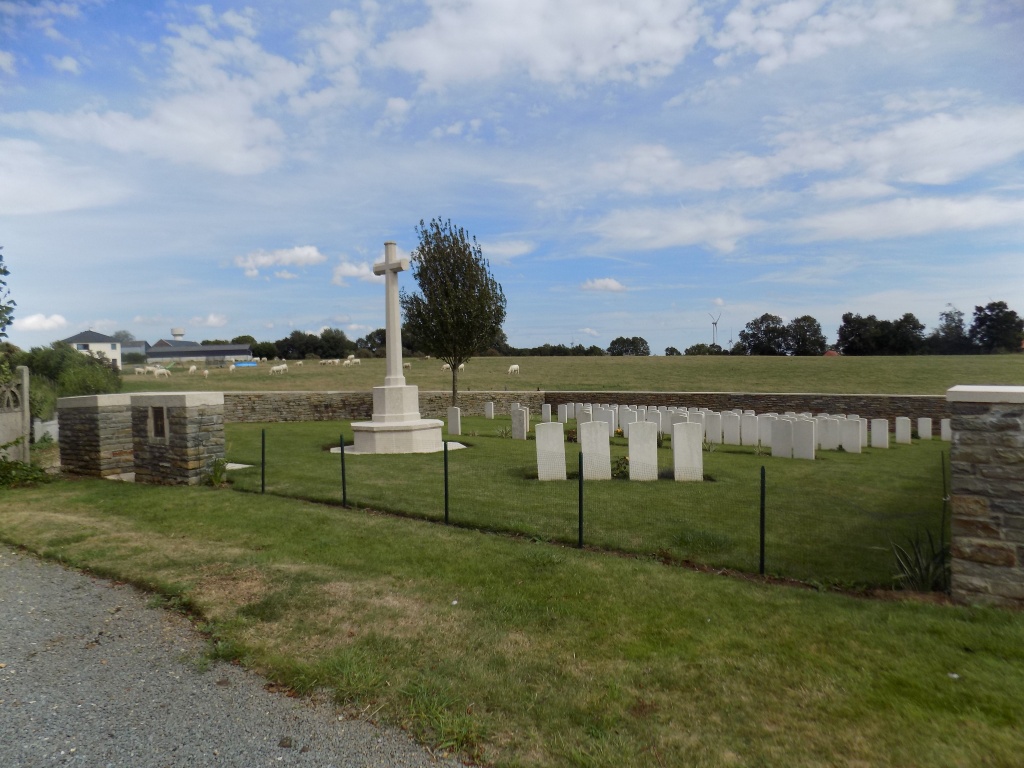 Guyencourt-Saulcourt is a commune containing the villages of Guyencourt and Saulcourt. It lies about 5 kilometres east of the road from Peronne to Cambrai. Saulcourt Churchyard Extension is on the south-east side of the Churchyard.

Saulcourt Churchyard Extension was begun by British troops in April, 1917, and used at intervals until September, 1918, though the British graves in rows C and D were made by the Germans in March and April, 1918, when the place was in their hands. The grave of one American soldier has been removed to another cemetery, and the German Extension (of 319 graves) on the South-West side of the British plot has also been removed. There are now nearly 100, 1914-18 war casualties commemorated in this site. Of these, over a quarter are unidentified and special memorials have been erected to eight soldiers from the United Kingdom known or believed to be buried among them. The Cemetery covers an area of 630 square metres and is enclosed on three sides by a rubble wall.