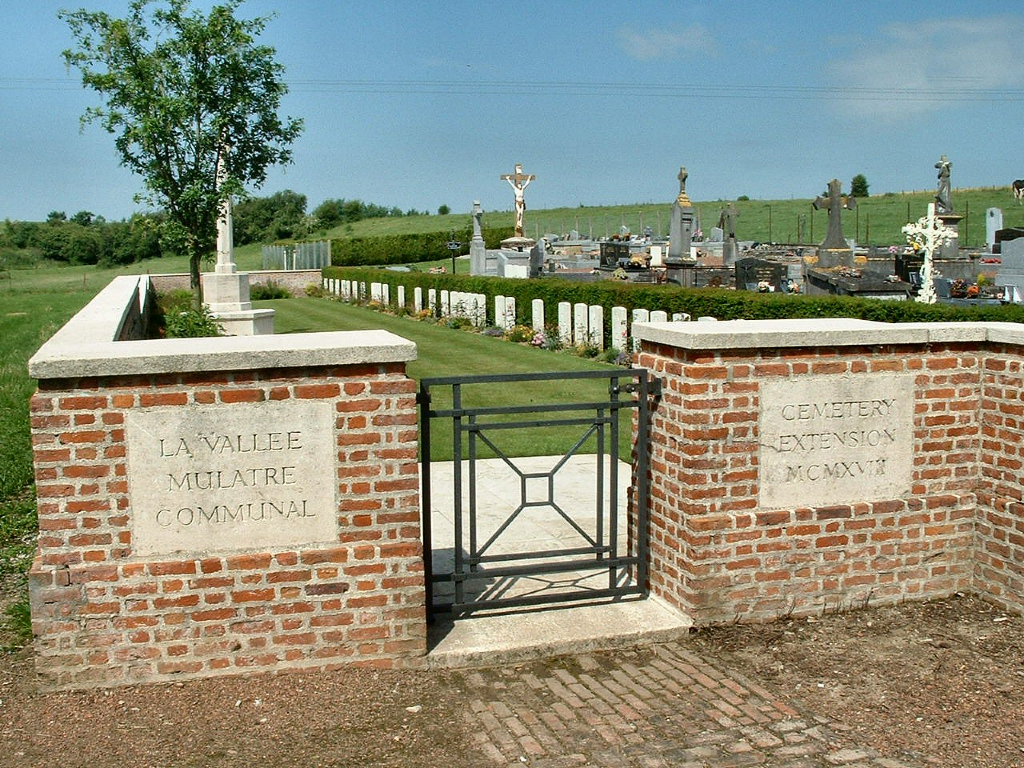 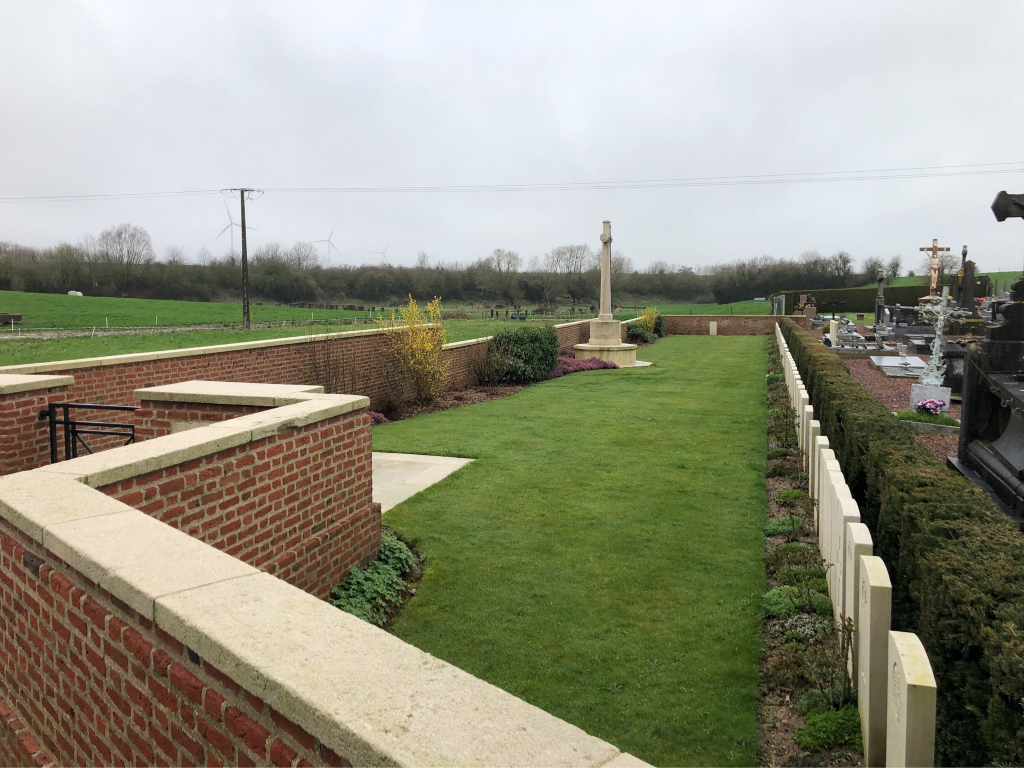 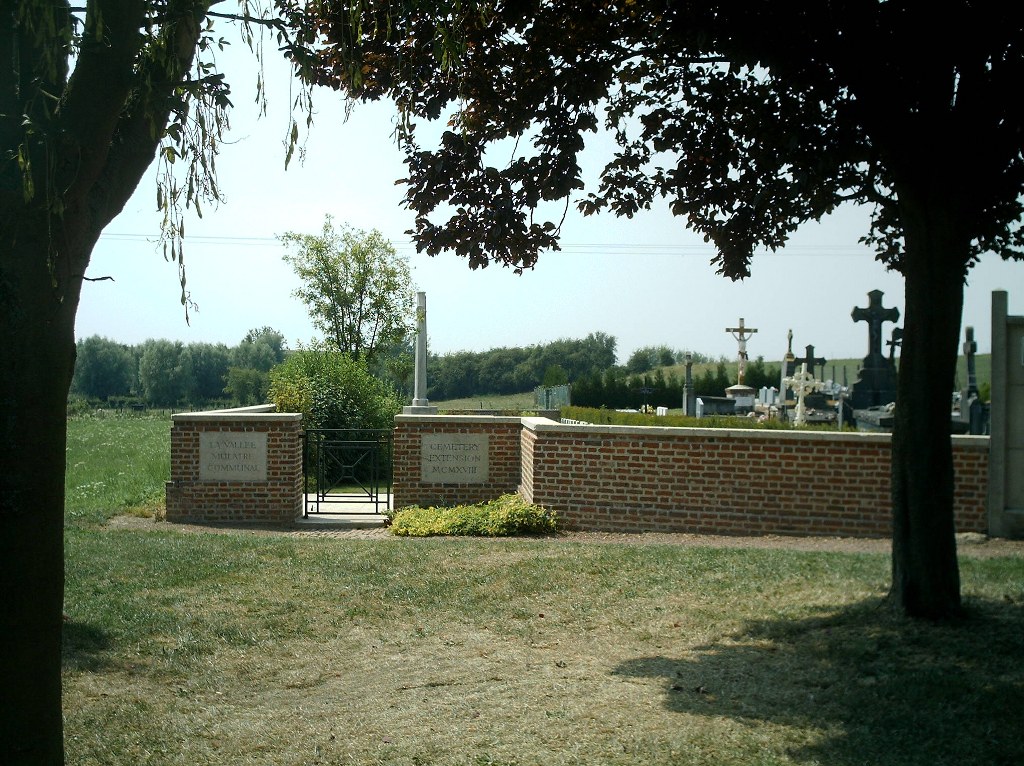 La Vallee-Mulatre is a village about 11 kilometres south of Le Cateau, the Cemetery is on the south-western side of the village.

The village was captured by the 1st Northants on the 17th October, 1918.

The COMMUNAL CEMETERY is immediately West of the Church. In the North-West corner of it are the graves of three United Kingdom soldiers, and on the South boundary those of three others; one (a R.F.C. officer) fell in March, 1918, and the other two in October, 1918.

The EXTENSION is on the South side of the Communal Cemetery. It was made by fighting units in October and November, 1918, and five British graves were brought in after the Armistice. It now contains the graves of 46 United Kingdom soldiers (mainly of the 1st Division) and four unknown German soldiers; and in addition one special memorial is erected to one United Kingdom soldier, known to be buried in the Cemetery.