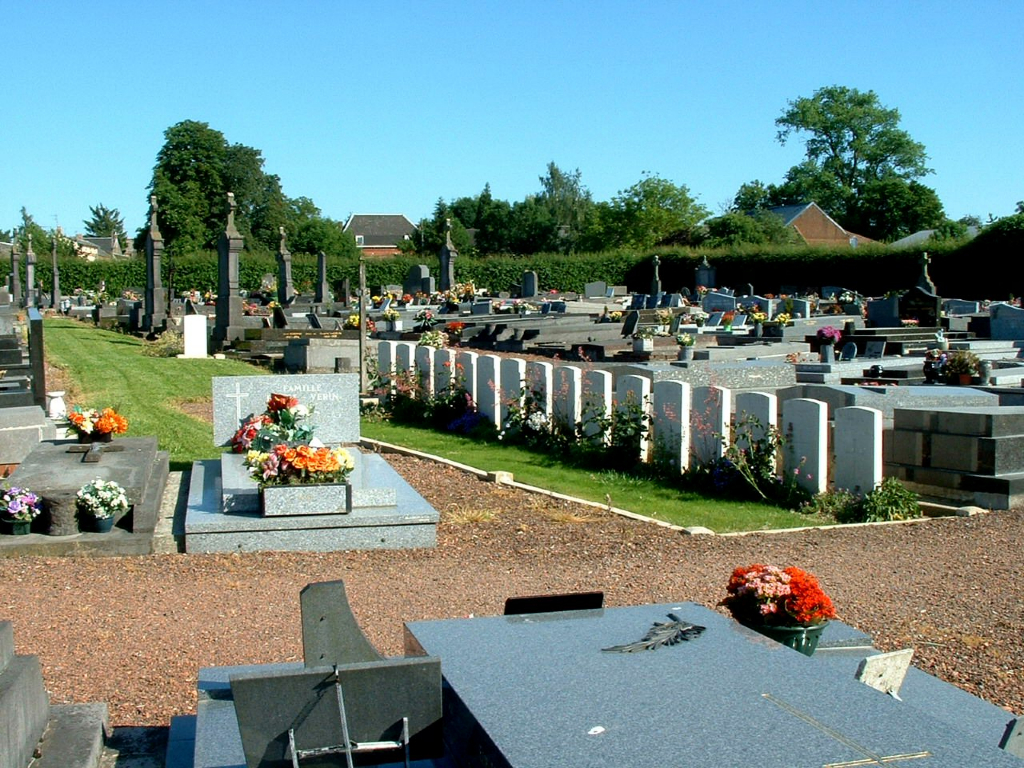 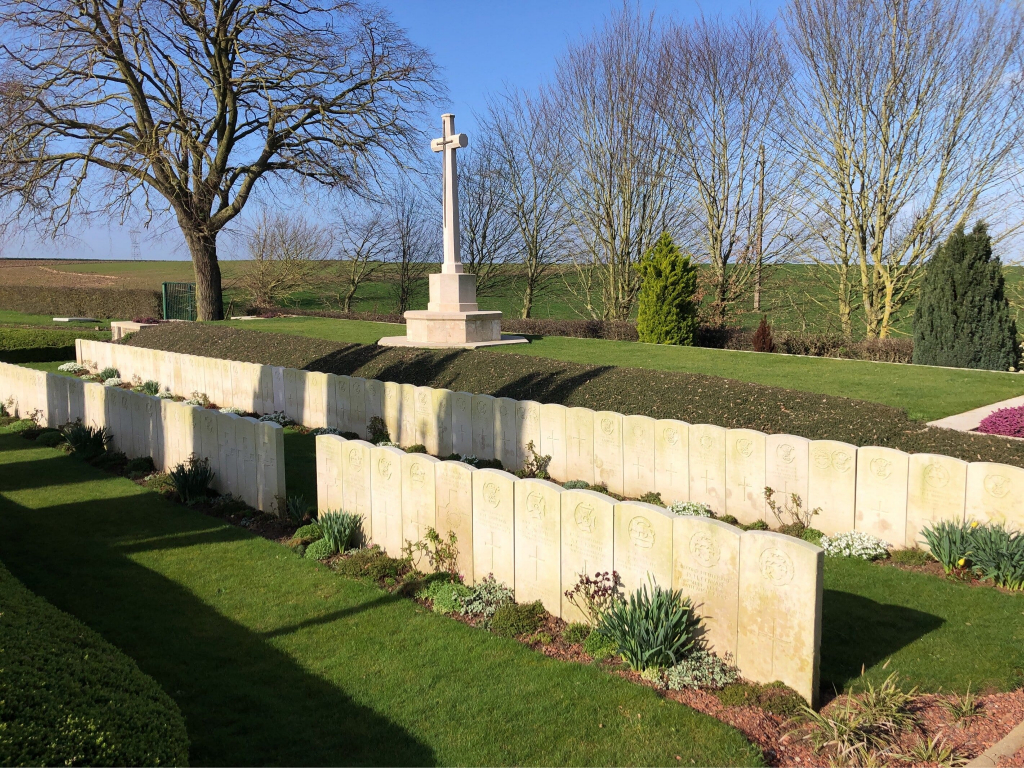 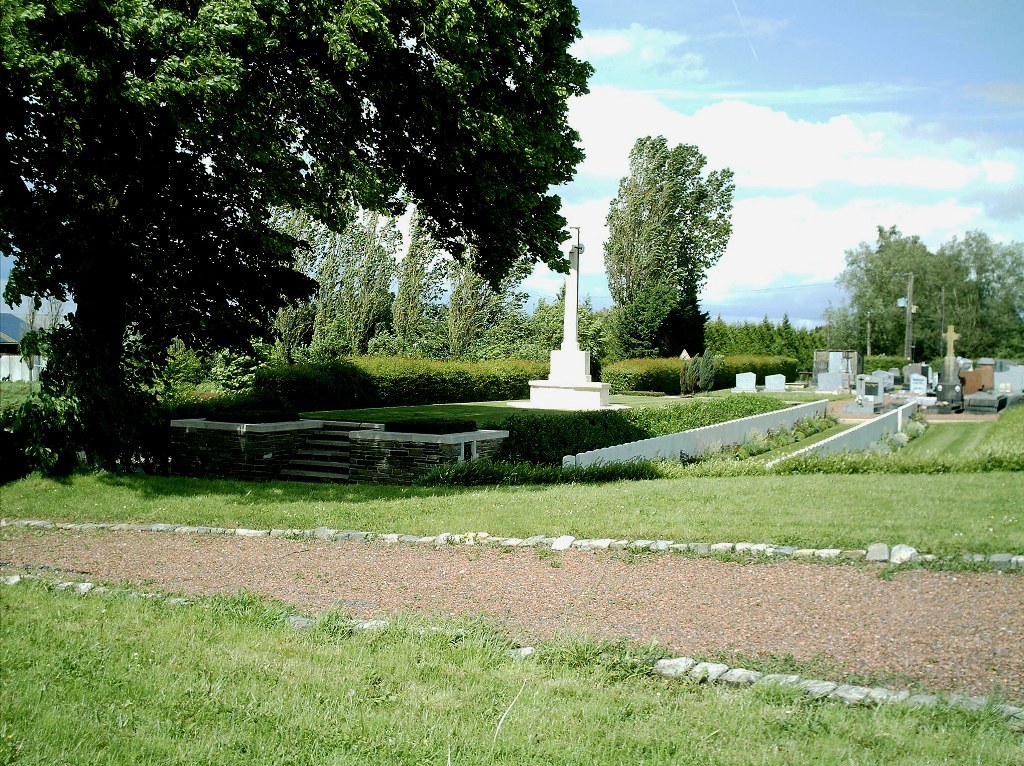 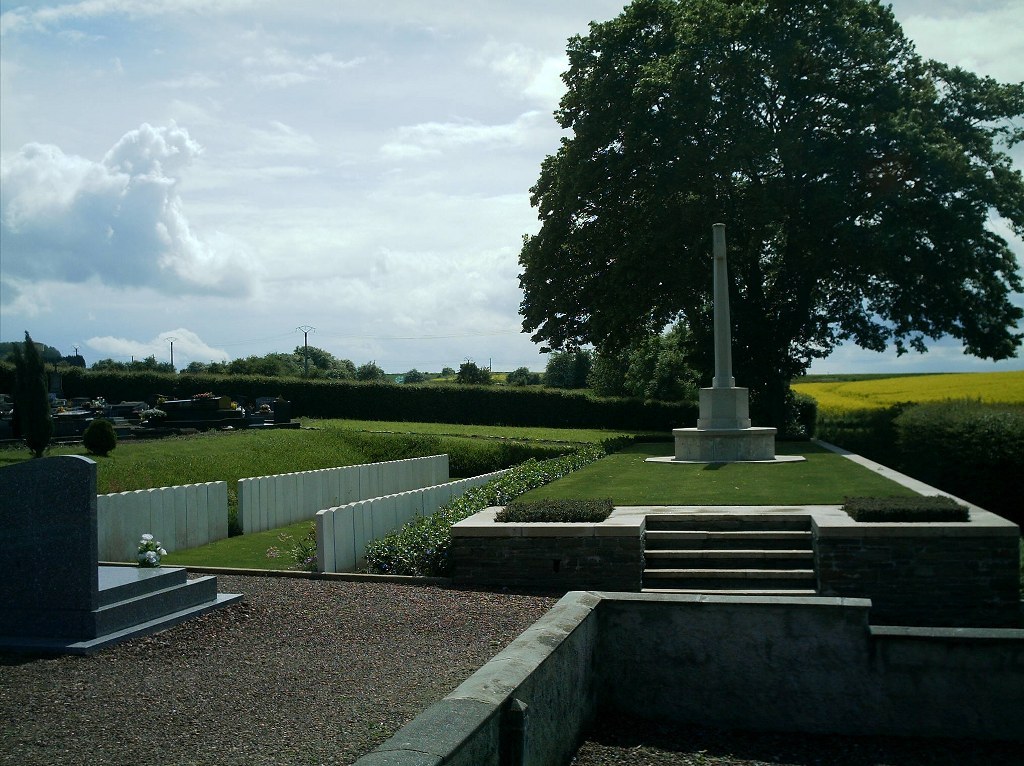 Fontaine-au-Pire is a large village in the Department of the Nord, about 11 kilometres south-east of Cambrai. From Cambrai, take the N43 main road towards Le Cateau. After 11 kilometres, at Beauvois en Cambresis, turn right onto the D74 road towards Fontaine-au-Pire. After 1 kilometre, and at the boundary of Beauvois and Fontaine-au-Pire, turn right following signs to the Communal Cemetery. After 100 metres turn left into the 'Voie Serechal'. The Communal Cemetery is situated 400 metres down this road to the left.

The North-West end of the Communal Cemetery was used by the enemy after the Battle of Le Cateau, 1914, and the British wounded who died in the Mairie were buried there. Other British graves were made by the enemy during the War; and in October, 1918, the New Zealand Division, who took the village, buried three of their dead. The majority of the British burials are in one row, behind which is the terrace carrying the War Cross, but some are isolated in the ground South-East of the row. There are now over 150, 1914-18 war casualties commemorated in this site. Of these, over half are unidentified and a special memorial is erected to a United Kingdom soldier believed to be buried among them. Plot I covers an area of 503 square metres.