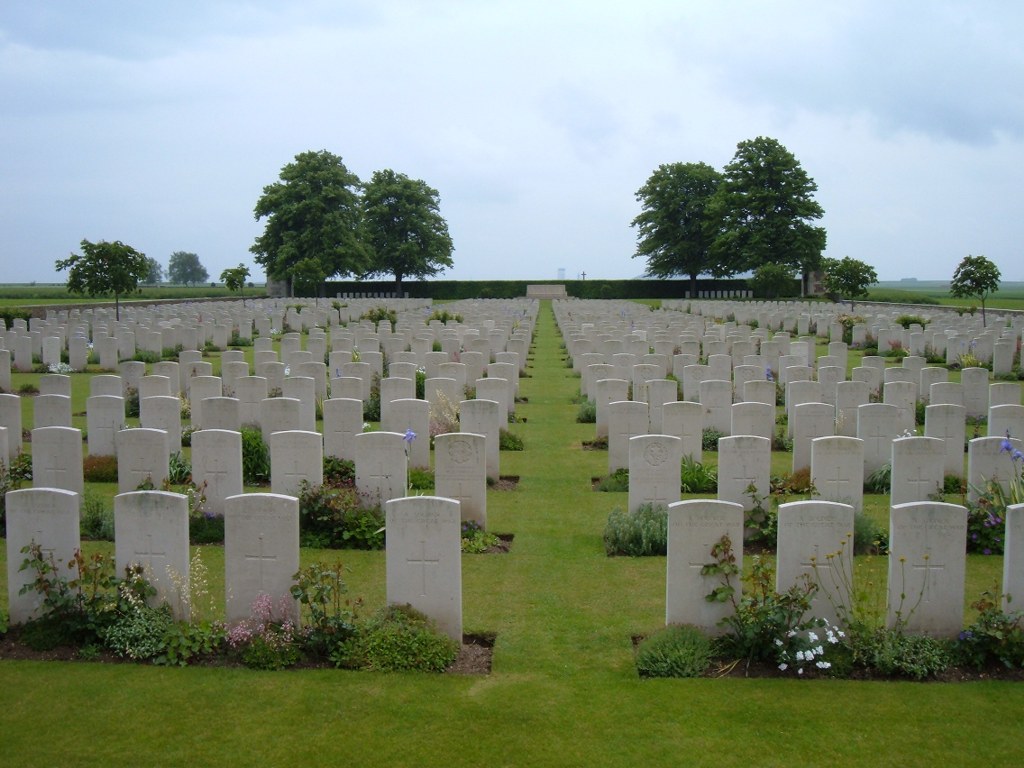 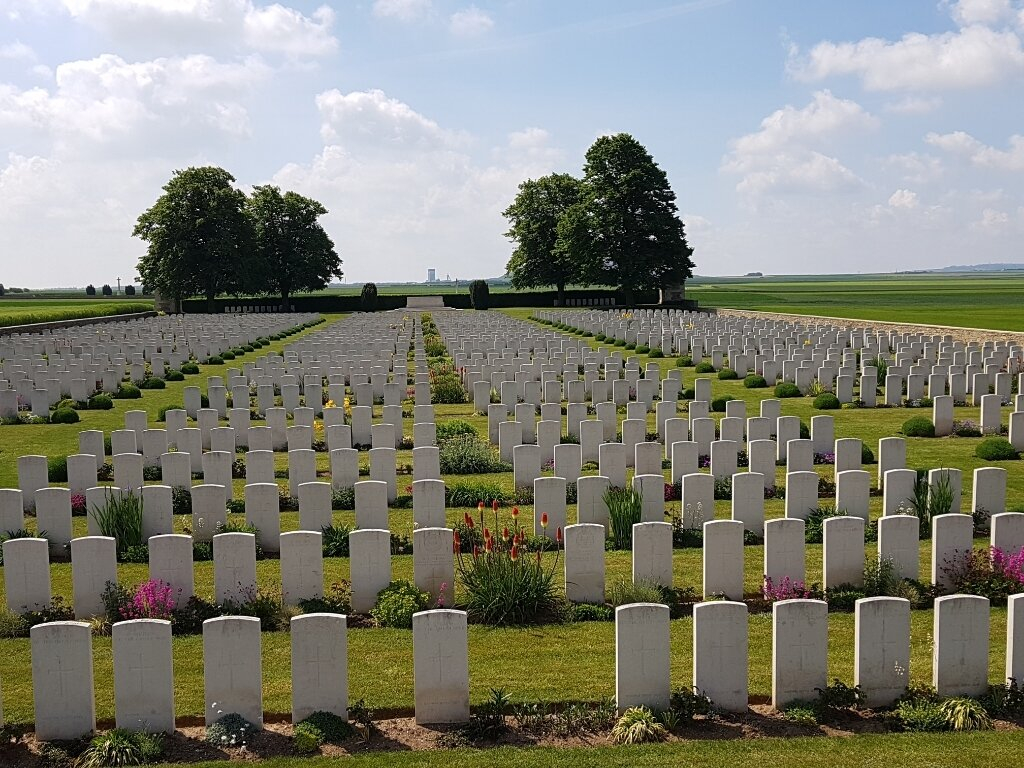 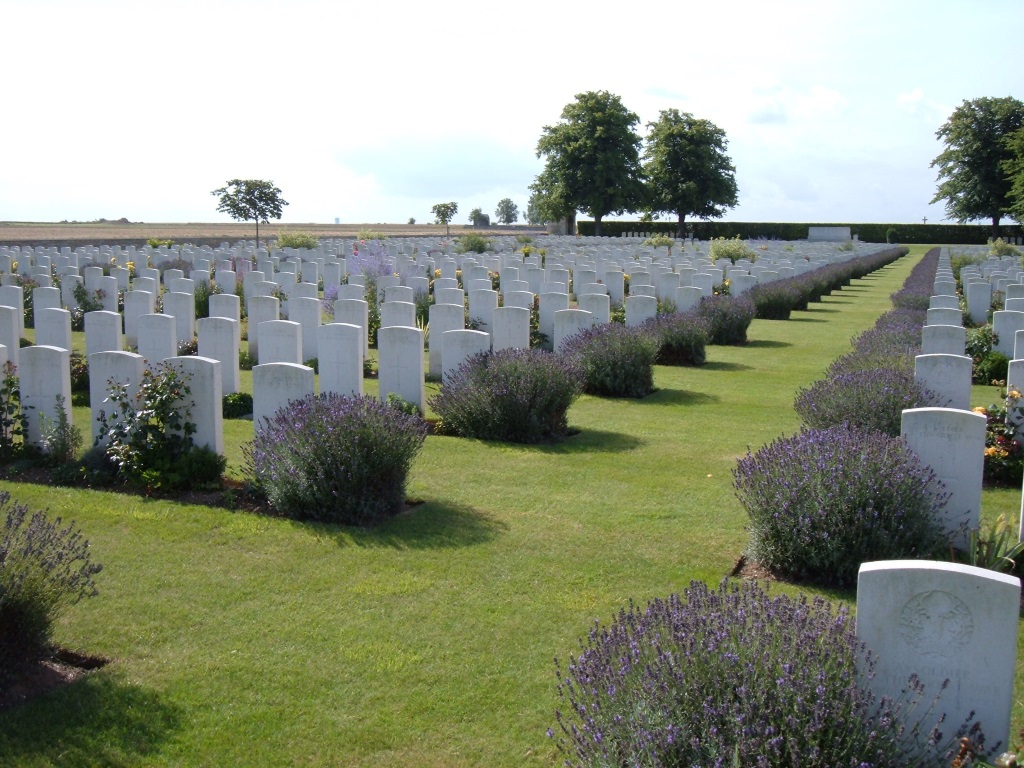 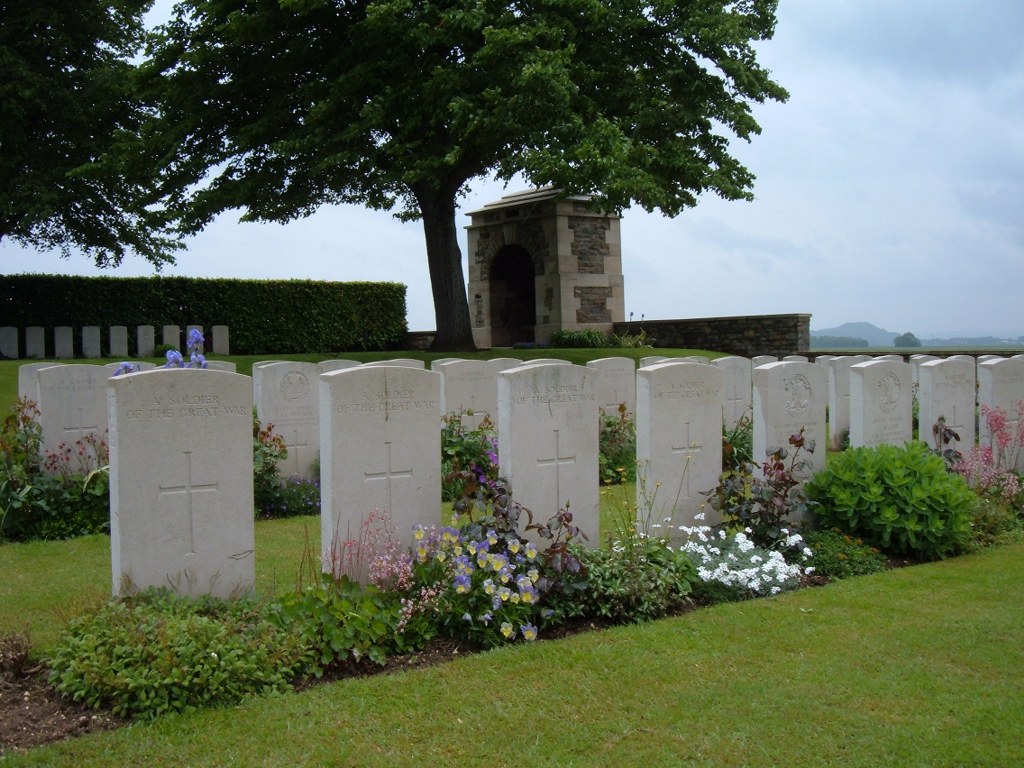 The cemetery is located in the vicinity of Haisnes, which lies between the towns of Lens and La Bassee in the Pas-de-Calais. Although the Cemetery lies in open farmland, there are neighbouring towns of Vermelles, Loos-en-Gohelle and Hulluch. The Cemetery can be reached from the D947, Lens to La Bassee road, and a CWGC signpost is visible on this road. The Cemetery is on the D39, Hulluch to Vermelles road.

The village was reached, or nearly reached, by the 9th (Scottish) and 7th Divisions on the 25th September 1915, the first day of the Battle of Loos; and parts of the commune were the scene of desperate fighting in the Actions of the Hohenzollern Redoubt (13th-15th October, 1915). No further advance was made in this sector until October 1918, when the enemy withdrew his line. "St. Mary's Advanced Dressing Station" was established, during the Battle of Loos, and the cemetery named from it is at the same place. The cemetery was made after the Armistice, by the concentration of graves from the battlefield of Loos; the great majority of the graves are those of men who fell in September and October 1915. The only defined burial ground from which graves were brought to this cemetery was:- LOOS COMMUNAL CEMETERY, on the South-West side of the town, in which nine soldiers from the United Kingdom were buried in February 1916, and which was subsequently ruined by artillery fire. There are now nearly 2,000, 1914-18 war casualties commemorated in this cemetery. Of these, over two-thirds are unidentified and Special Memorials are erected to 23 soldiers from the United Kingdom, known or believed to be buried among them. Six other special memorials record the names of soldiers from the United Kingdom, buried in Loos Communal Cemetery, whose graves were destroyed by shell fire. The cemetery covers an area of 6,097 square metres and is enclosed by a low rubble wall. There was at one time a French cemetery of 800 graves on the opposite side of the road; but in 1922 these graves were removed to Notre Dame-de-Lorette French National Cemetery.