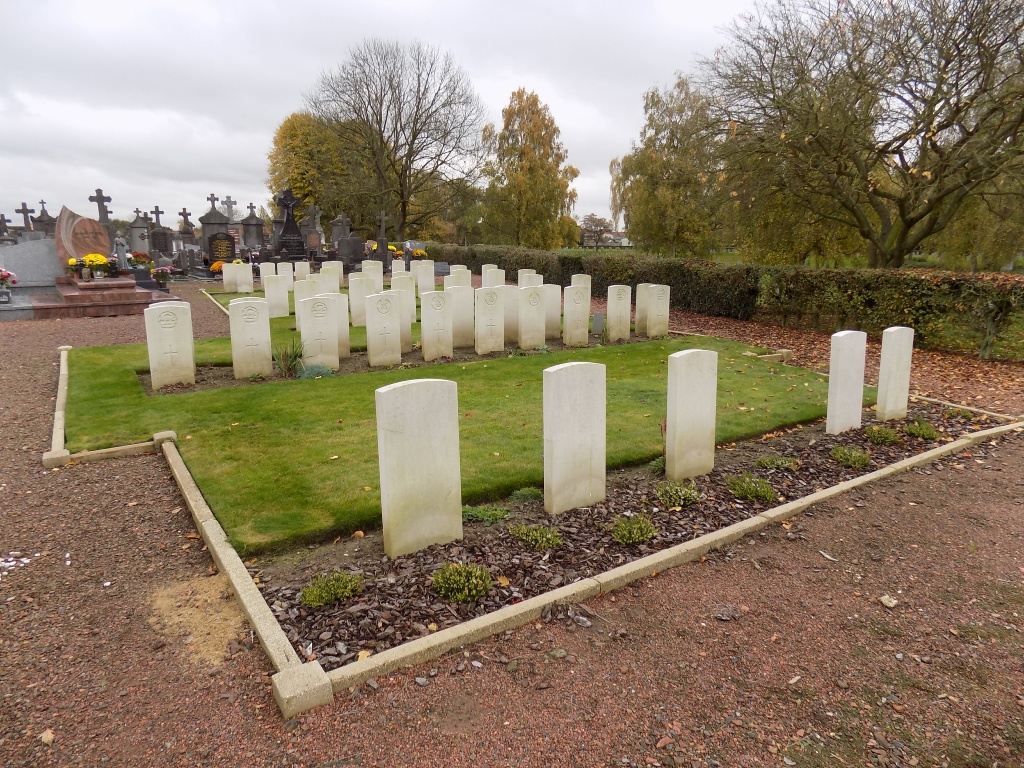 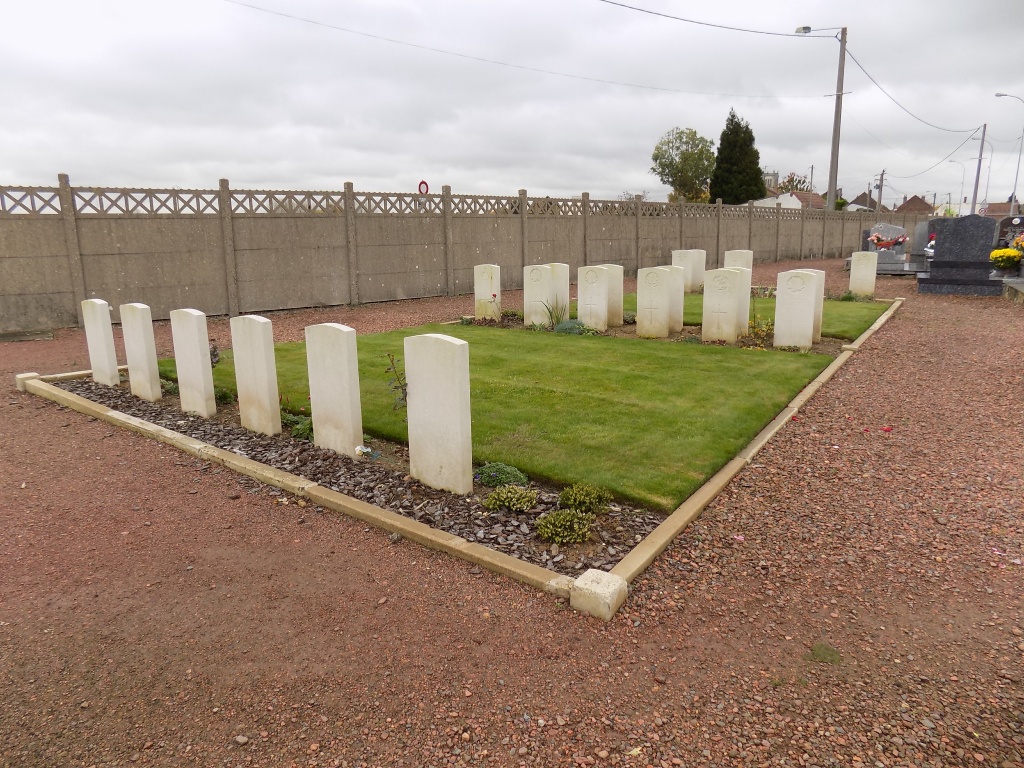 Carvin is a town 20 kilometres south-west of Lille, a large town in the Department of the Nord. Leave the church in Carvin and take the Rue d'Egalite. The Communal Cemetery will be found 500 metres on the left hand side. The War Graves are in two small plots. One is near the fence on the right hand side, and the other is beside the German cemetery.

Carvin was in German hands from an early date in the 1914-18 War until shortly before the Armistice; and Carvin German National Military Cemetery, on the North-West side of the town, contains over 6,000 German burials. Carvin was involved also during the 1939-45 War when a British counter attack was launched on May 20th, 1940, by the 50th Division, who took up positions along the canal on a line from La Bassee to Carvin. The canal crossings were held, and a German attack which caused the French North African troops to fall back on Carvin was checked by the prompt action of two battalions of the 50th Division on May 26th, 1940. There are now over 40, 1914-18 and over 30, 1939-45 war casualties commemorated in this site. Of these, a small number from both Wars are unidentified. From the 1939-45 War, 8 graves could not be precisely located are commemorated by special memorials, inscribed "Buried near this spot".