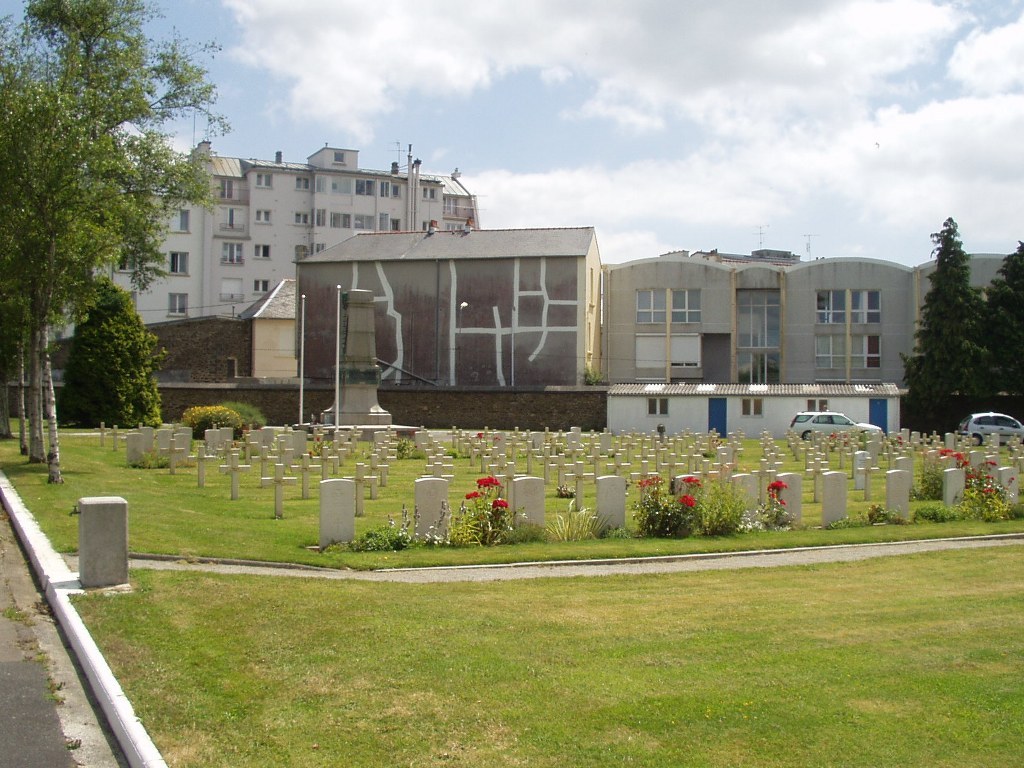 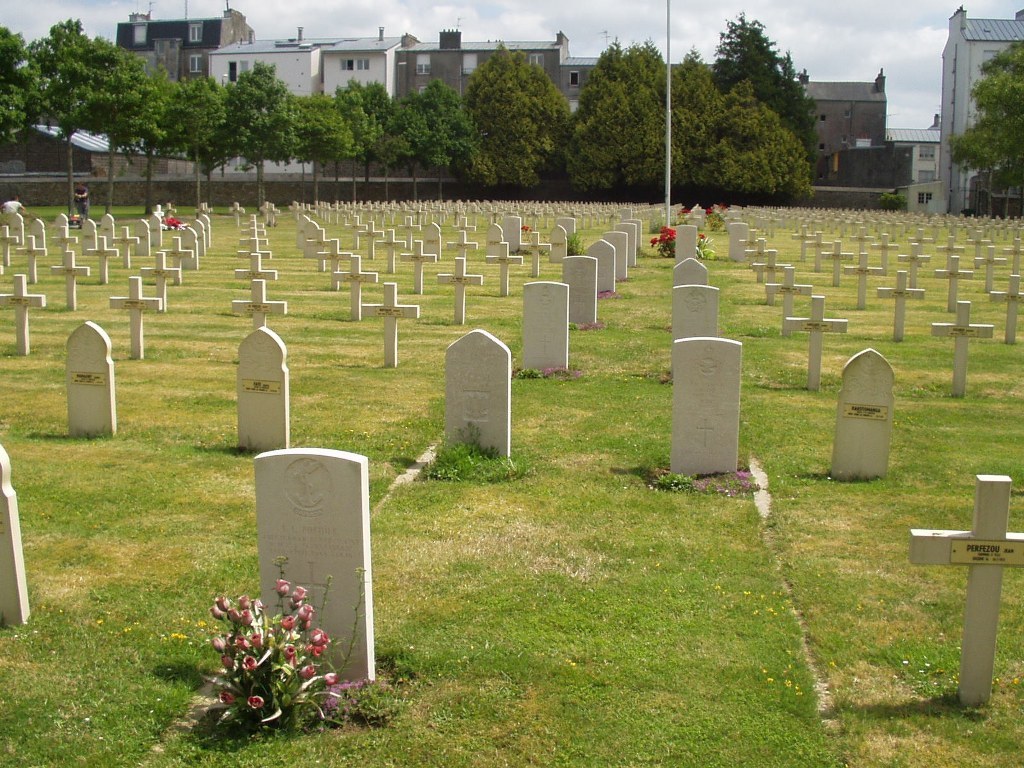 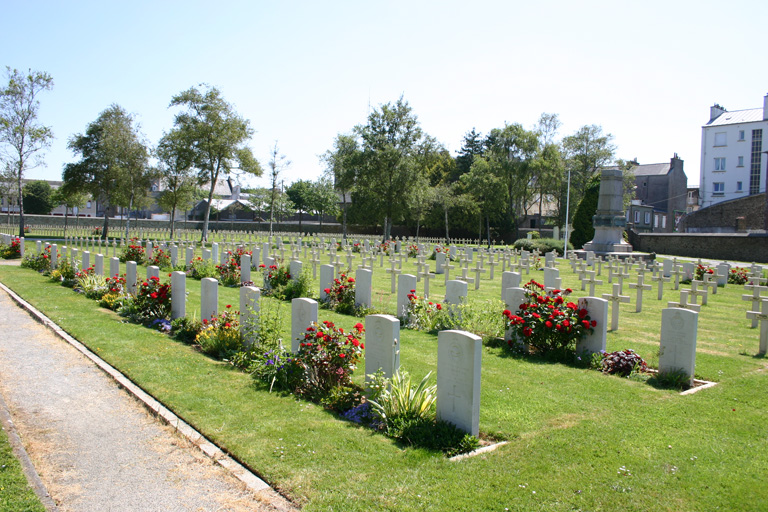 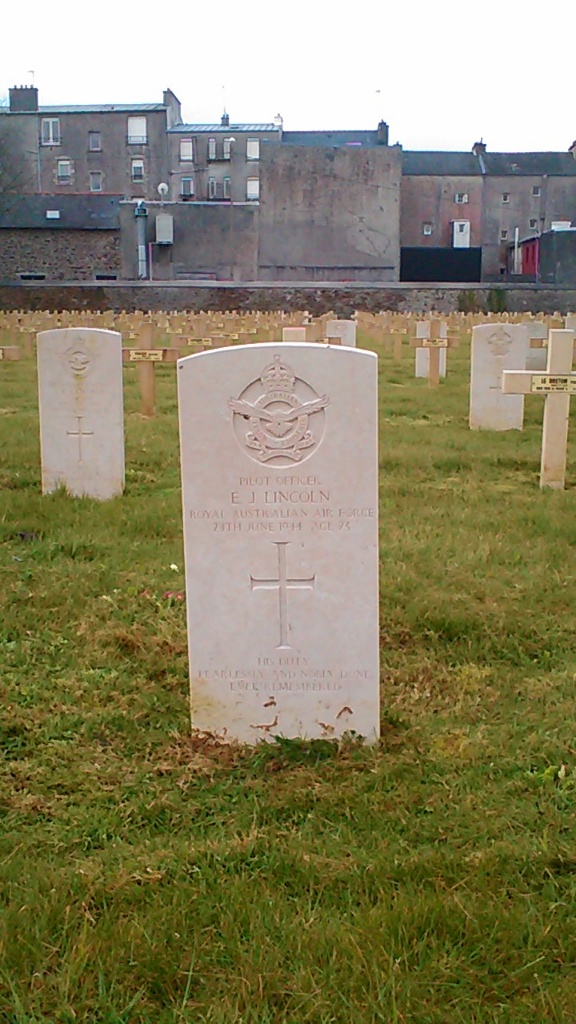 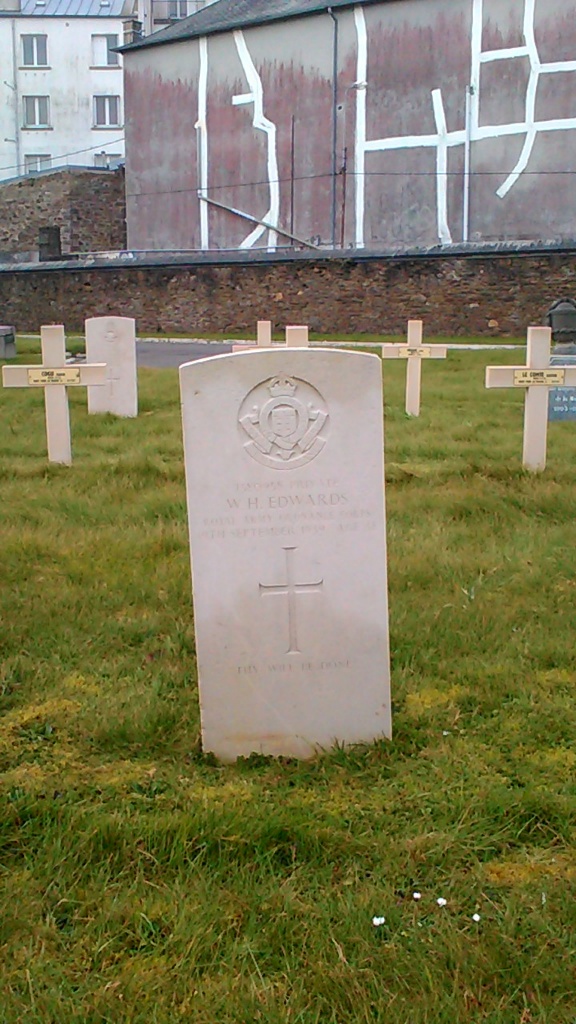 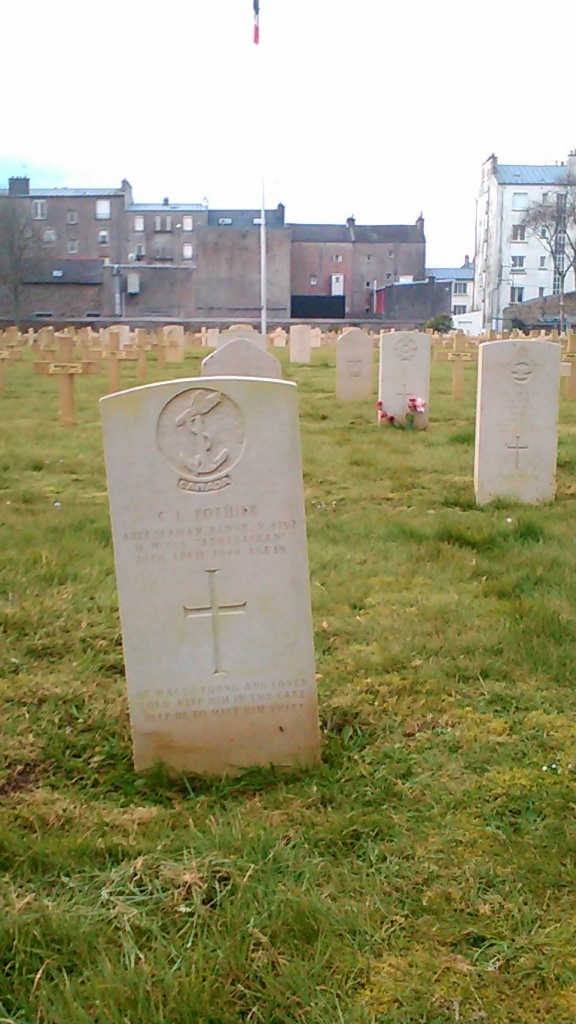 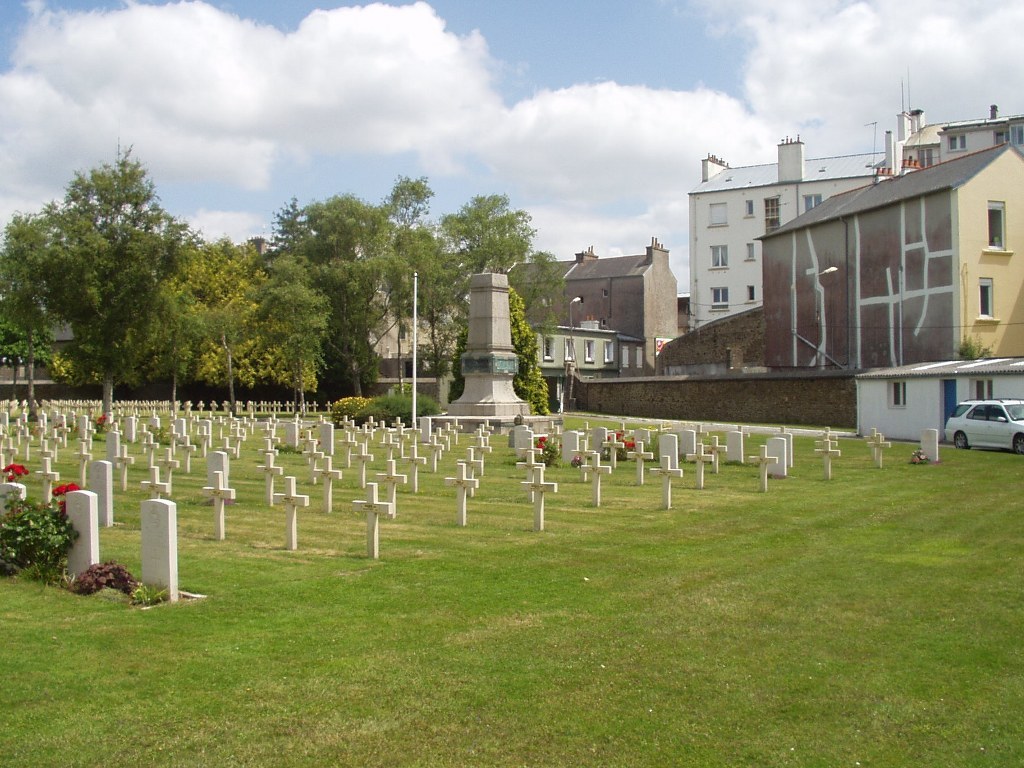 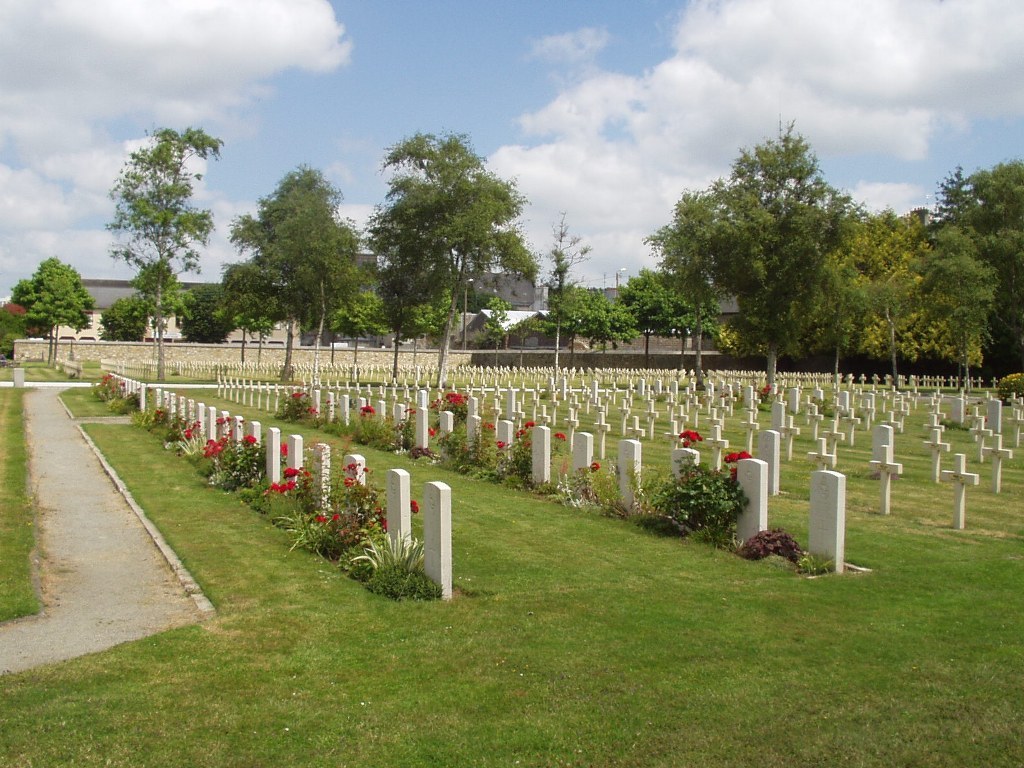 Brest (Kerfautras) Cemetery is in the suburb of St Martin which is approximately 2 kilometres north-east of the centre of Brest. The main cemetery entrance is in Rue Massillon, off Rue Jules Ferry, which is a turning off the main road, Rue Jean Jaures. The Commonwealth war graves are located in the French Military Plot on the west side of the cemetery.

During the 1914-18 War, Brest was United States Naval Headquarters in France, and the main port of debarkation from United States transports. During the 1939-45 War it was the disembarkation port for the stores and vehicles of the first British Expeditionary Force, and temporary maintenance depots were formed there until an Advanced Base was established near Le Havre. In 1940, after the German entry into Paris on 14th June, the first contingent of the Canadian forces, which had only just reached France, were re-embarked from Brest, as were the last of the United Kingdom forces remaining in France - our Line of Communication troops and material. A Fighter Squadron of the Royal Air Force Component operated from Brest to give close protection to the port during re-embarkation. There are now over 30, 1914-18 and nearly 100, 1939-45 war casualties commemorated in this site.