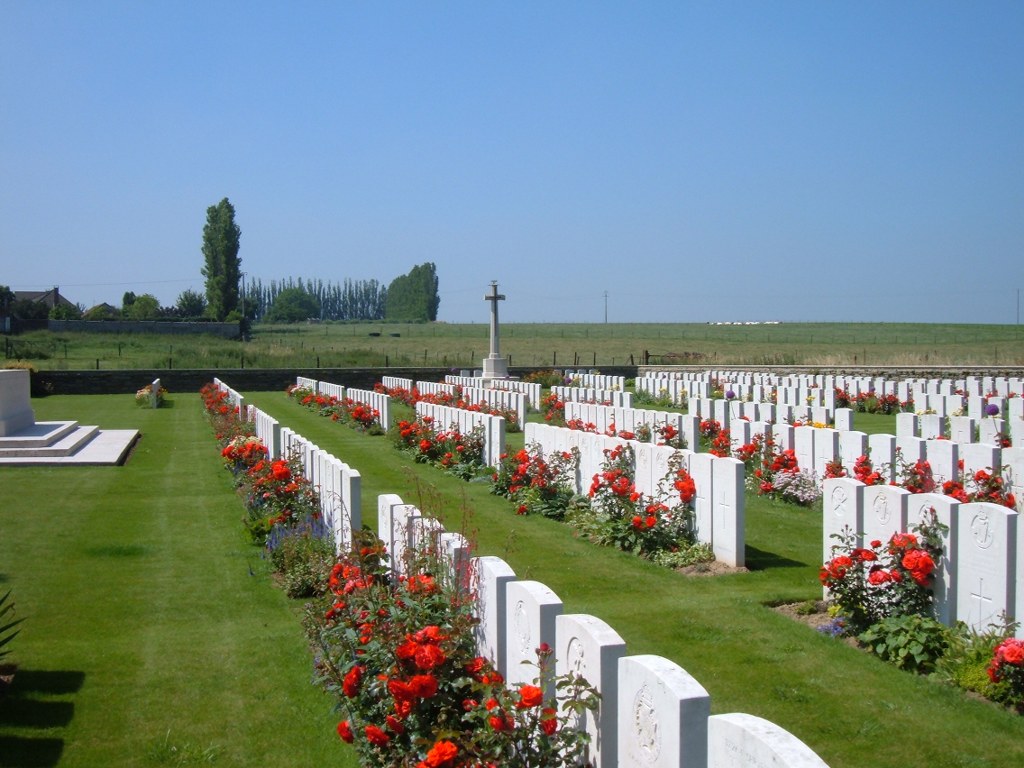 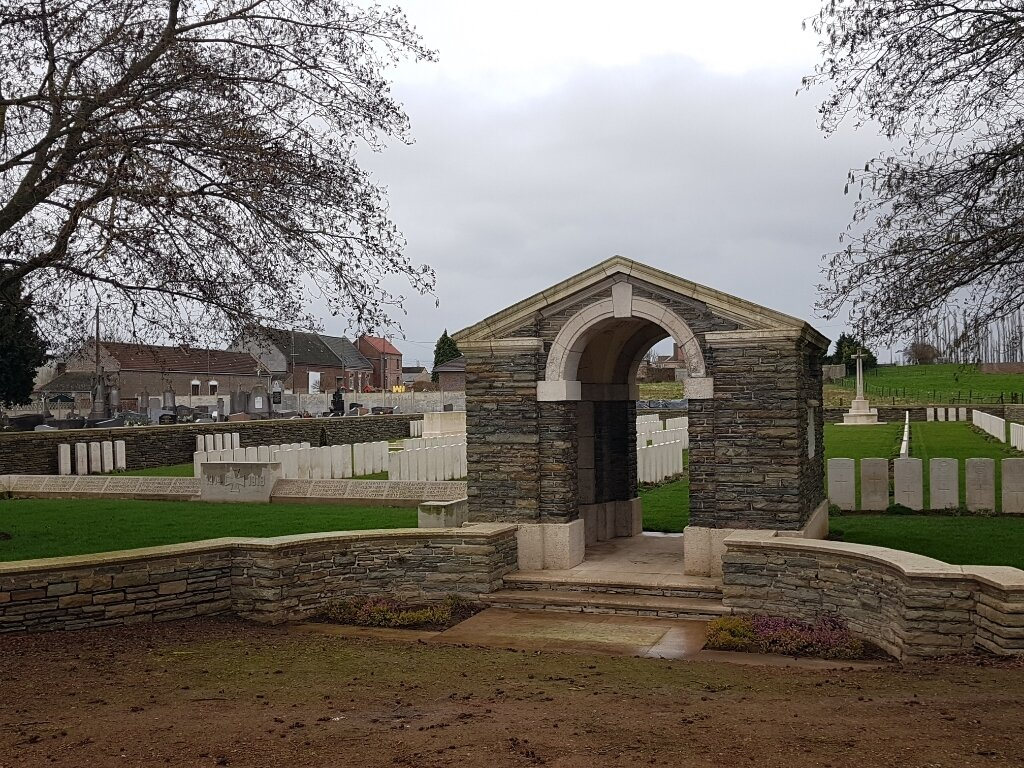 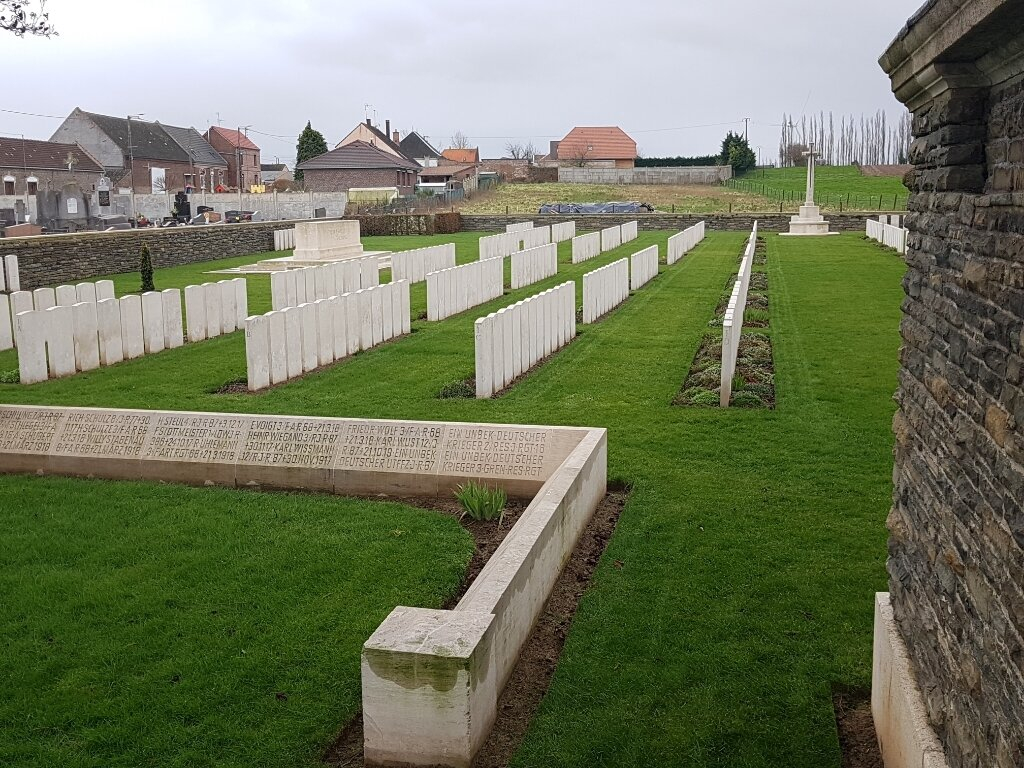 Moeuvres is a village 10 kilometres west of Cambrai and 2 kilometres north of the main Cambrai to Bapaume road (N30). The Communal Cemetery can be found just outside the village on the D34A road towards Inchy en Artois, and the Extension lies alongside it.

Moeuvres remained in German hands during the Battle of Cambrai, 1917, in spite of three days of desperate attack by the 36th (Ulster) Division. It was partly taken by the 57th (West Lancashire) Division on 11 September 1918 and cleared by the 52nd (Lowland) Division on the 19th. The communal cemetery was extended to the west by the Germans between November 1917 and March 1918. The British Extension, was made between September and October 1918 and was enlarged after the Armistice when graves were brought in from the battlefields on the Cambrai-Bapaume road. The extension now contains 565 Commonwealth burials and commemorations of the First World War. 263 of the burials are unidentified but there are special memorials are erected to 31 casualties known or believed to be buried among them. Other special memorials commemorate three casualties buried in BOURSIES COMMUNAL CEMETERY GERMAN EXTENSION, whose graves could not be found. The cemetery also contains 93 war graves of other nationalities, most of them German.