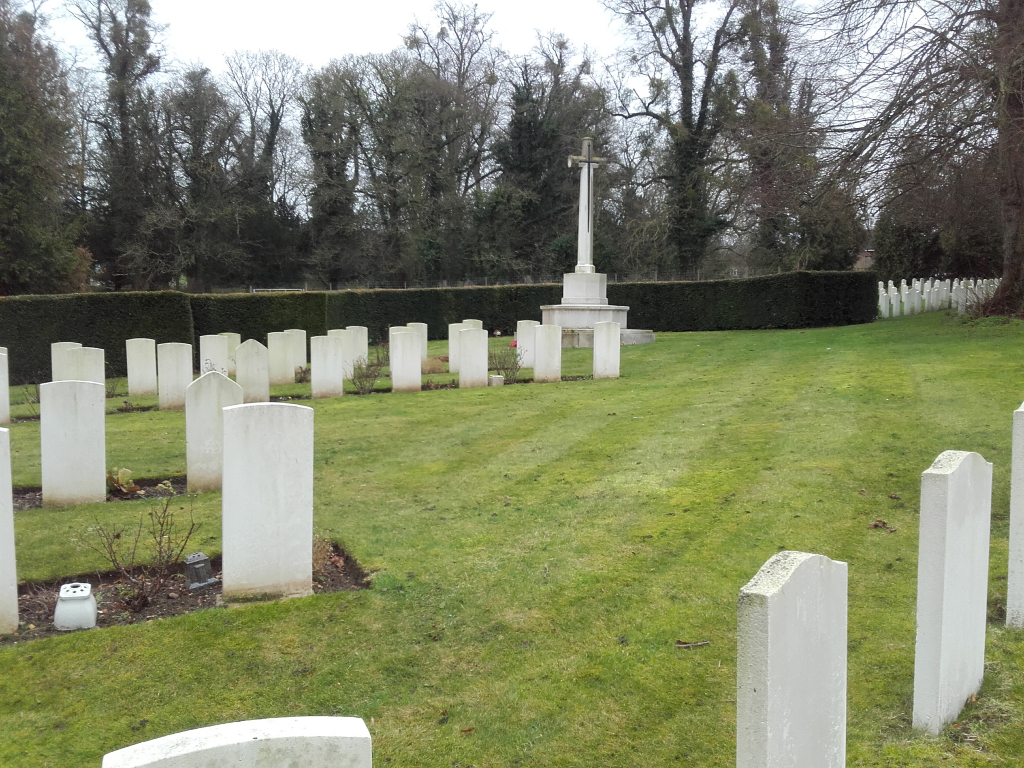 There is at Halton a permanent Royal Air Force station, dating from 1917 when it was opened as a training ground for the Royal Flying Corps, to become later the School of Technical Training. The 21st Division spent the winter of 1914-15 in Halton Camp. The churchyard, which is near the Royal Air Force station, has been used for R.A.F. burials since the 1914-1918 War. Most of the graves from that war are located in the North-Western part. In 1931, the Air Ministry gave to the ecclesiastical authorities, a piece of land to the east of (behind) the church so that the churchyard could be extended. It is in this part that most of the 1939-1945 War graves lie, although there is a smaller group to the right (south) of it, close to the path. There are also a few others scattered in various positions. The Cross of Sacrifice stands close to the main war graves plot. There are now nearly 20, 1914-1918 and nearly 90, 1939-1945 war casualties commemorated in this site.