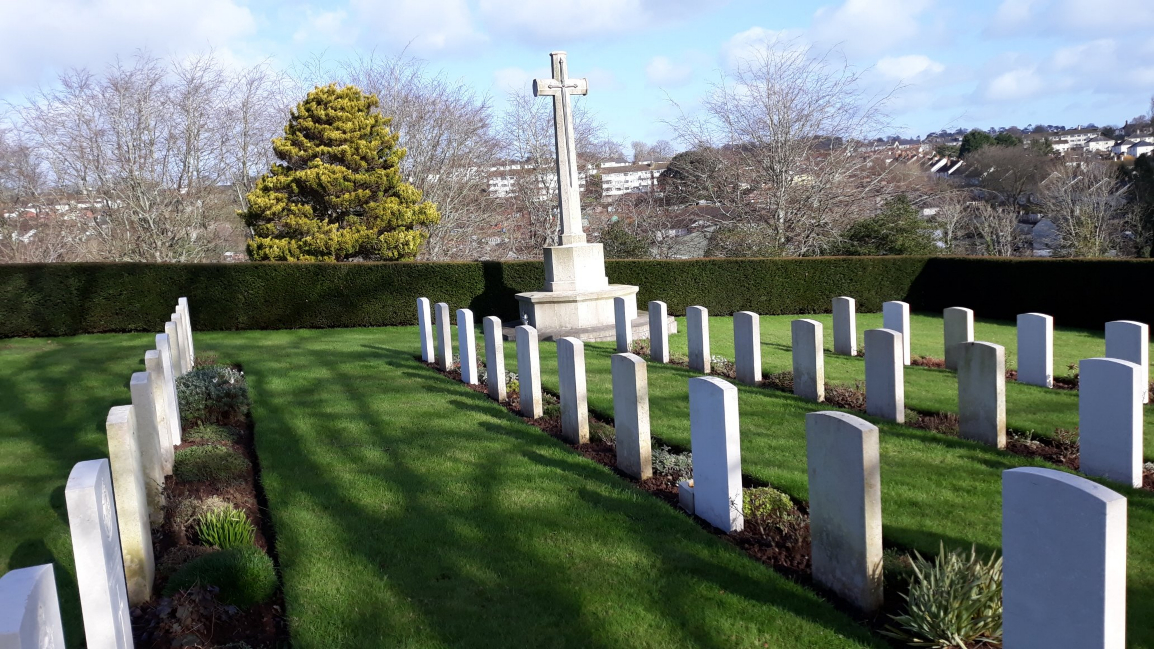 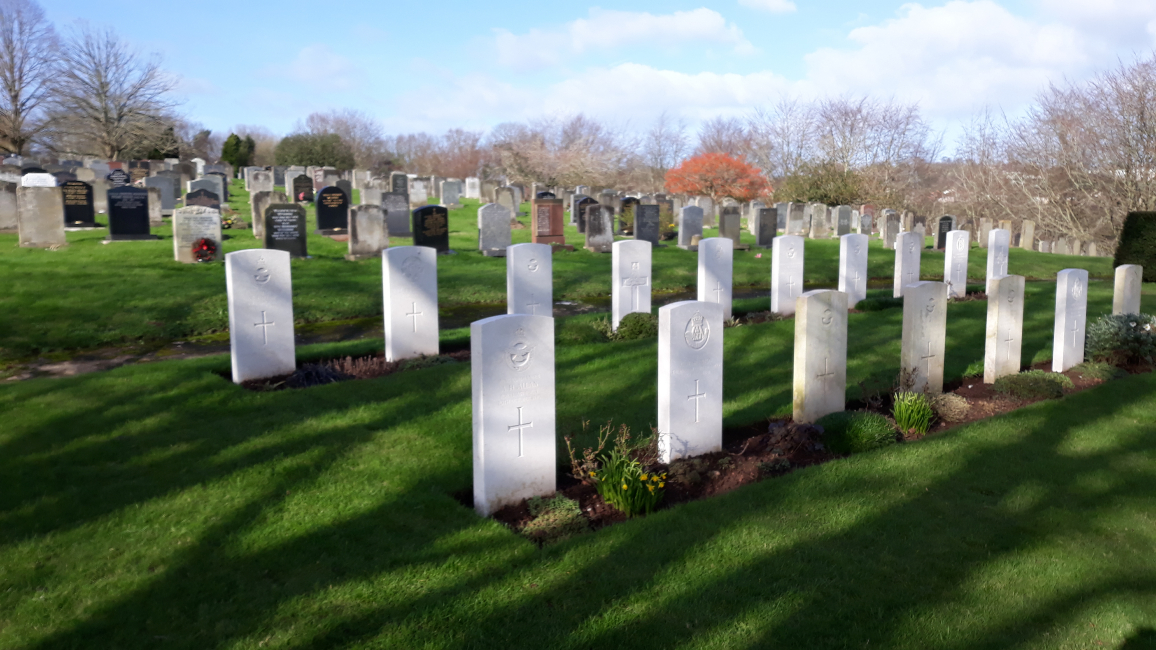 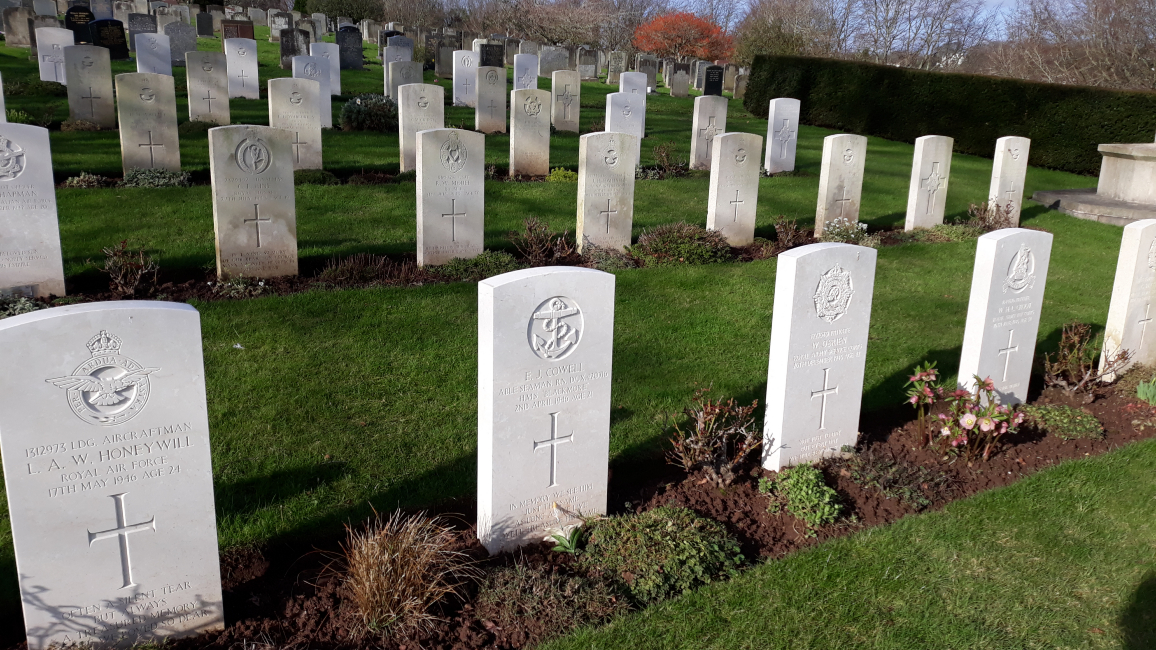 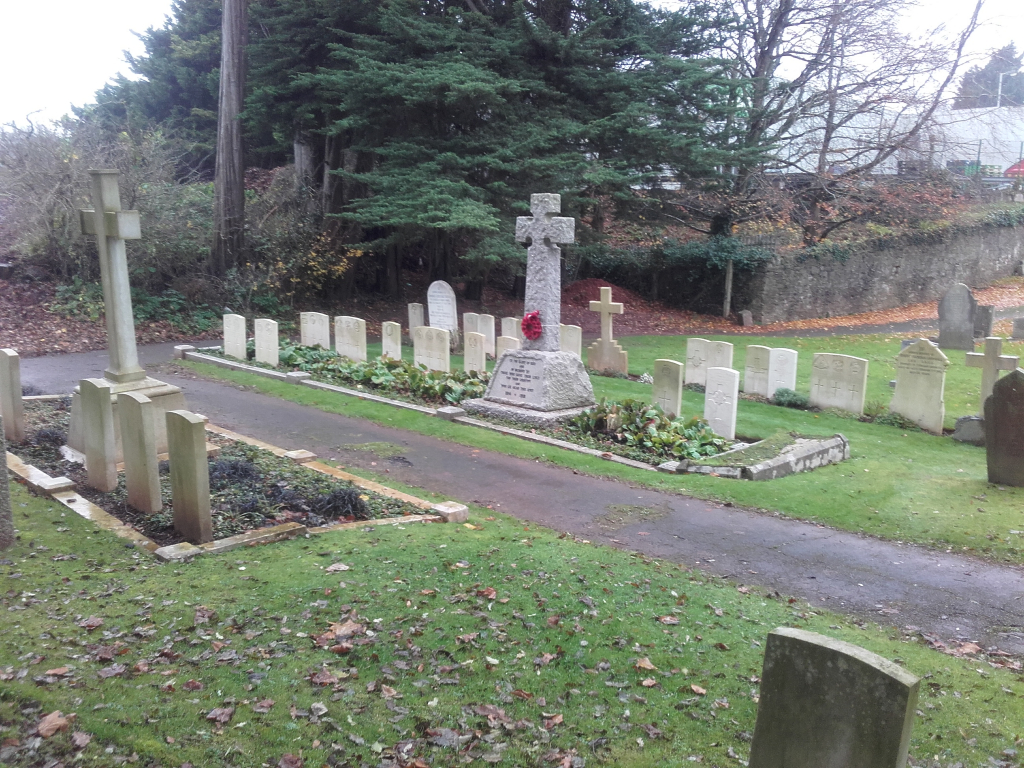 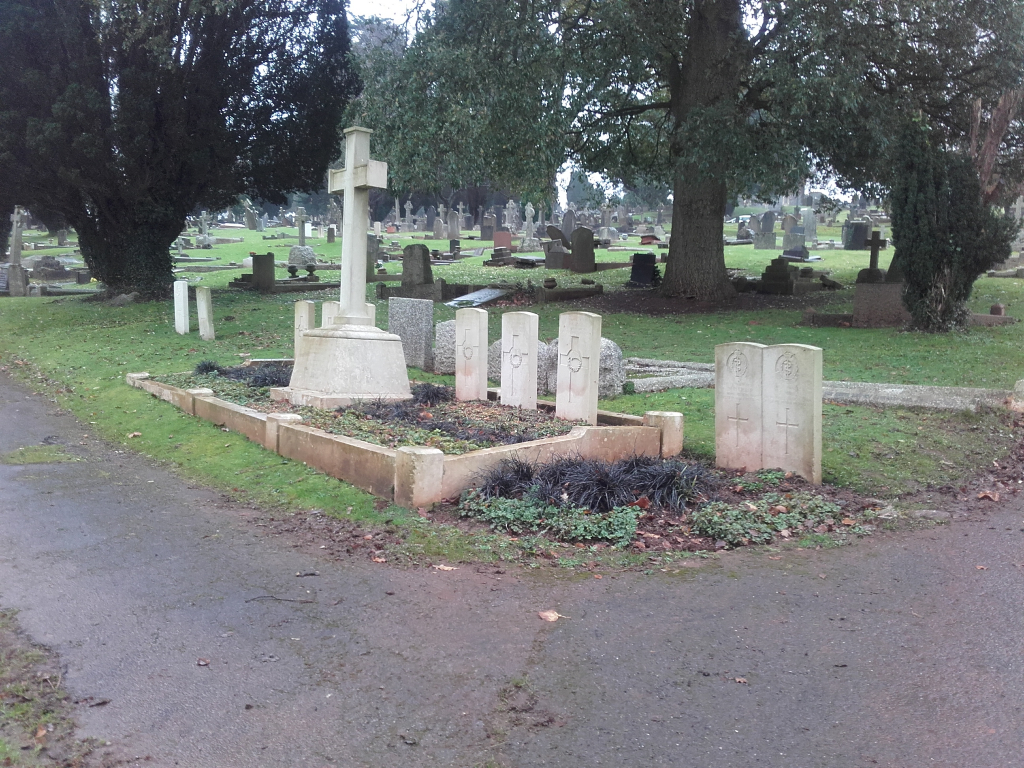 Please note, the extension is on the opposite side of Hele Road from the original cemetery.

Torquay Cemetery and Extension contains 136 burials of the First World War, 32 of them forming a small plot in the south-west corner of the old part, near a small group of New Zealand graves (a small New Zealand Discharge Depot was formed at St. Mary's Church at the end of 1916). Of the 97 Second World War graves, 50 are in a war graves plot in the eastern part of the extension, the rest scattered.