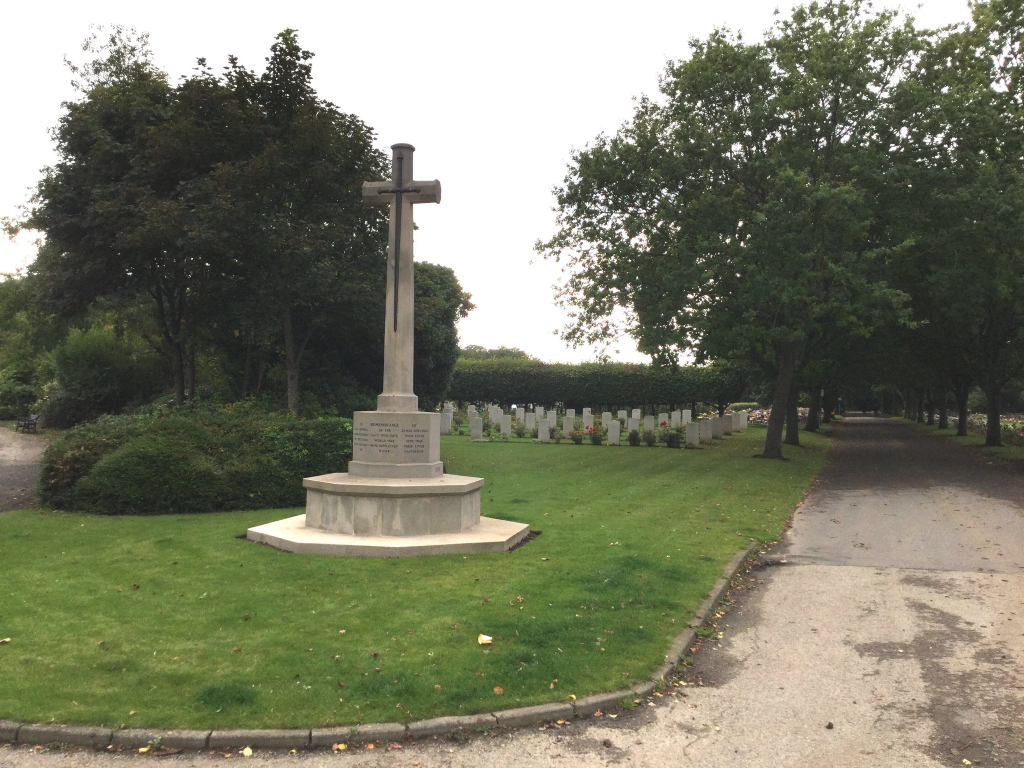 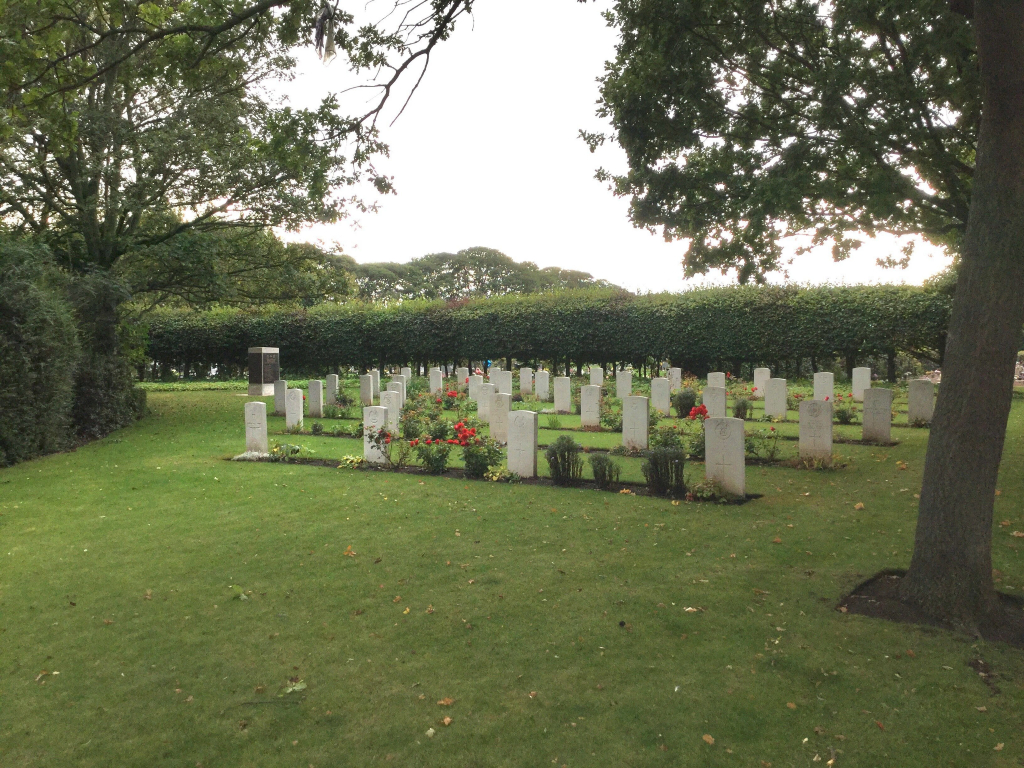 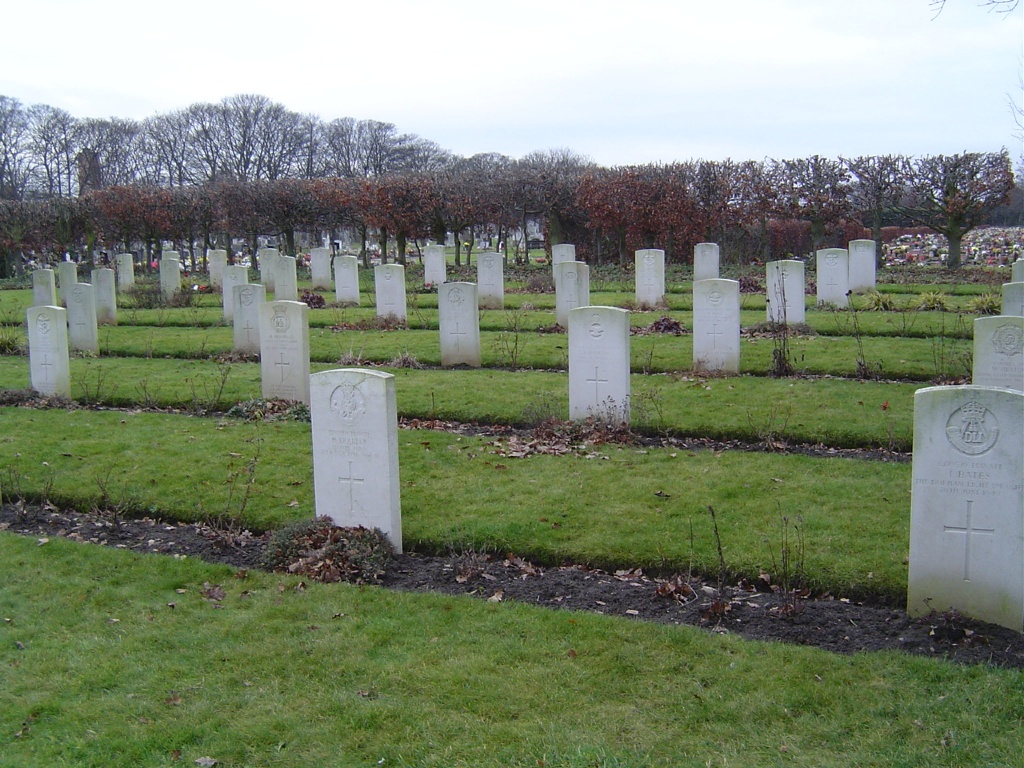 The cemetery, which covers over 30 acres, contains war graves of both world wars, the 1914-1918 burials being scattered in various parts of the cemetery.

After the 1914-1918 War, a Cross of Sacrifice was erected inside the main entrance to the cemetery.

During the early months of the 1939-1945 War, a piece of ground was set aside by the local authorities for service war burials, which became the War Graves Plot. The site selected is immediately behind the Cross of Sacrifice, on the eastern side of the cemetery near the entrance.