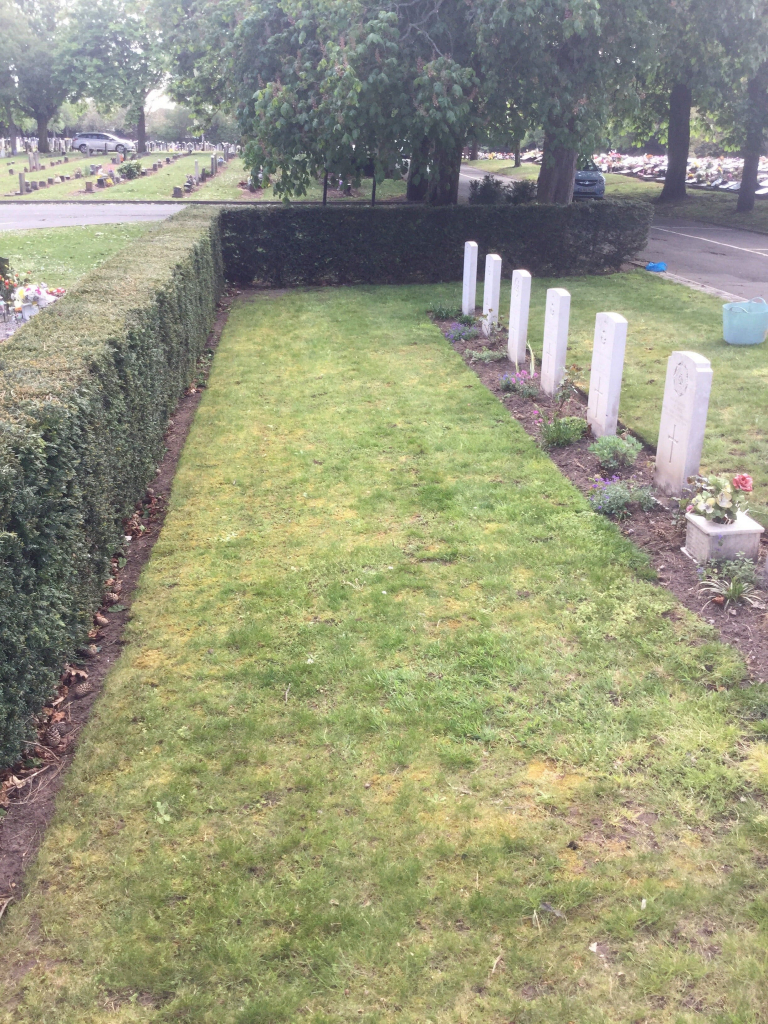 The cemetery contains 47 Commonwealth burials of the 1914-18 war, (including those of 13 Australian soldiers, near which a Cenotaph is placed); and a War Cross is erected on the main roadway close to the entrance. The 1st Southern General Hospital had a Section in the Stourbridge Infirmary.