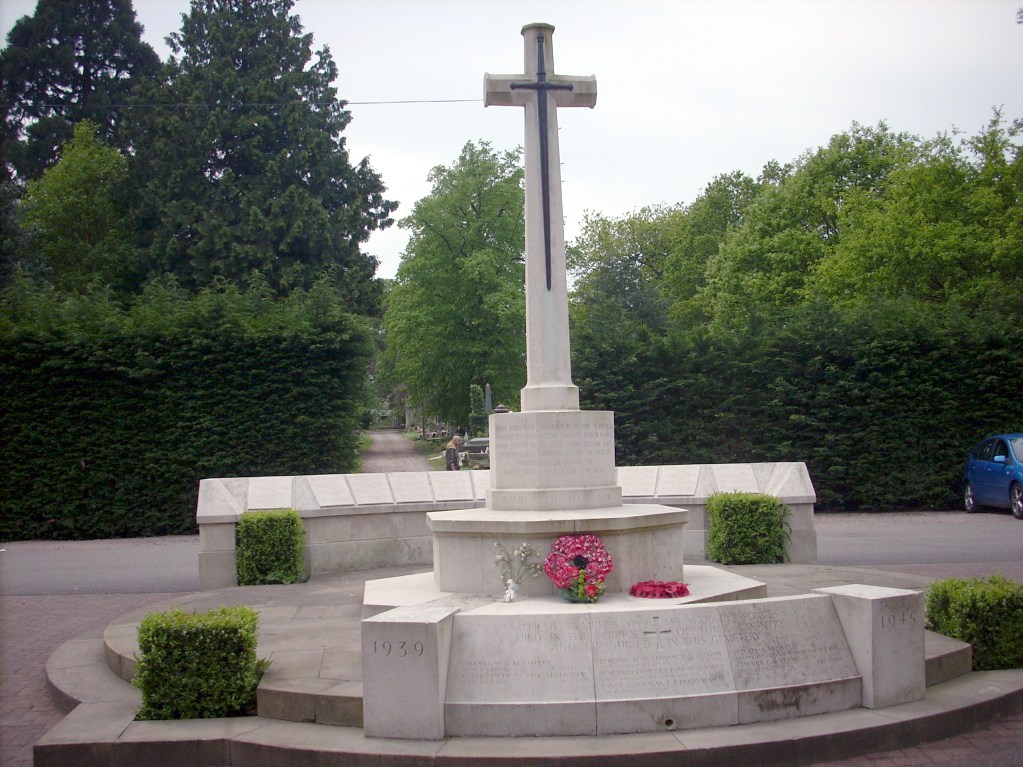 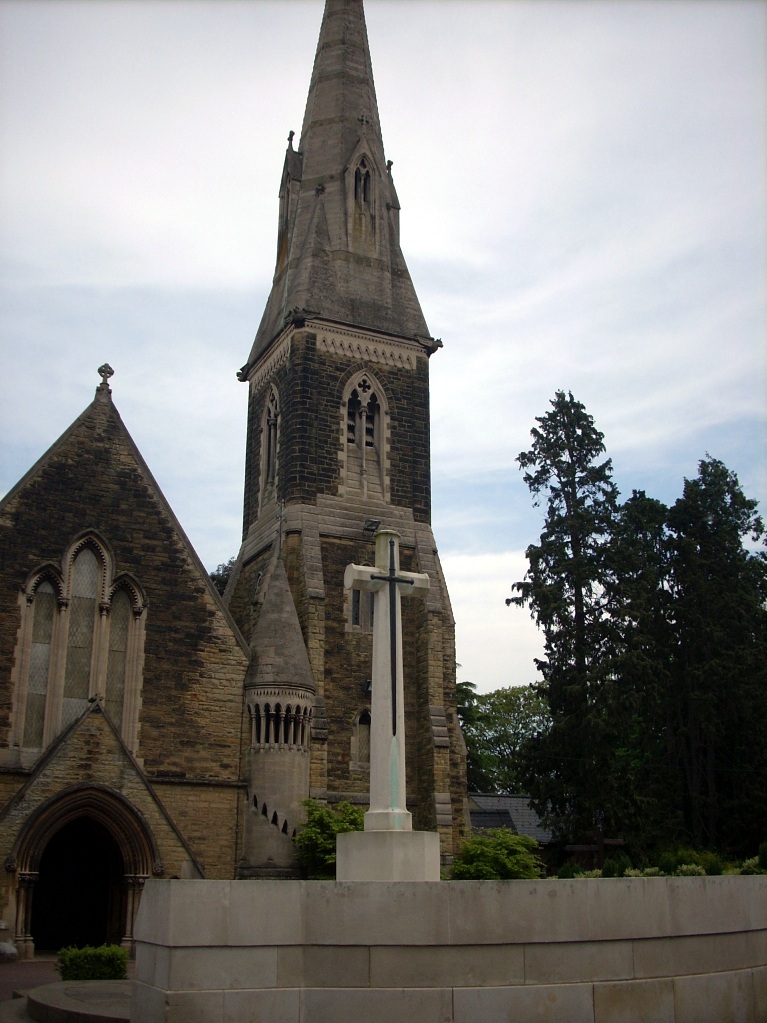 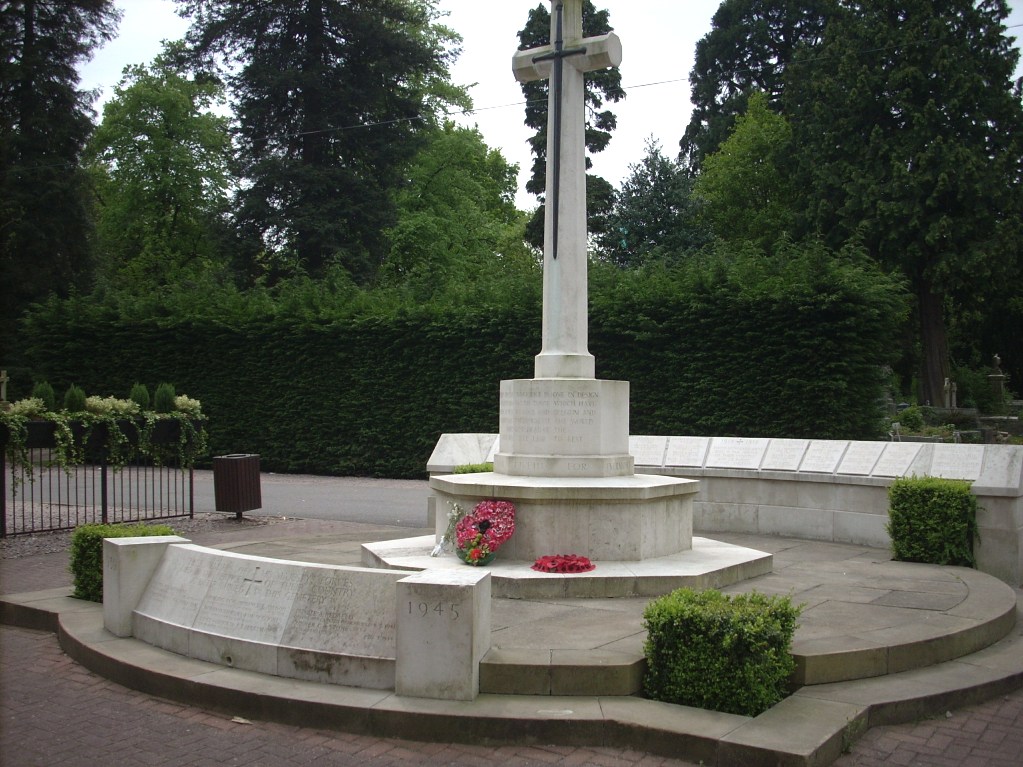 The cemetery is in the extreme south of the county. It contains 109 Commonwealth burials from the 1914-1918 war, scattered throughout the cemetery, 51 German burials from Alexander Palace Internment camp, and two Belgian soldiers. There are also 86 Commonwealth burials from the 1939-45 war. The Cross of Sacrifice is erected in front of the Chapel, and behind the Cross is a screen wall bearing the names of those of the 1914-1918 war whose graves could not be marked by headstones. Those from the 1939-1945 whose graves could not be marked are named on a Kerb Wall affixed to the Cross of Sacrifice.