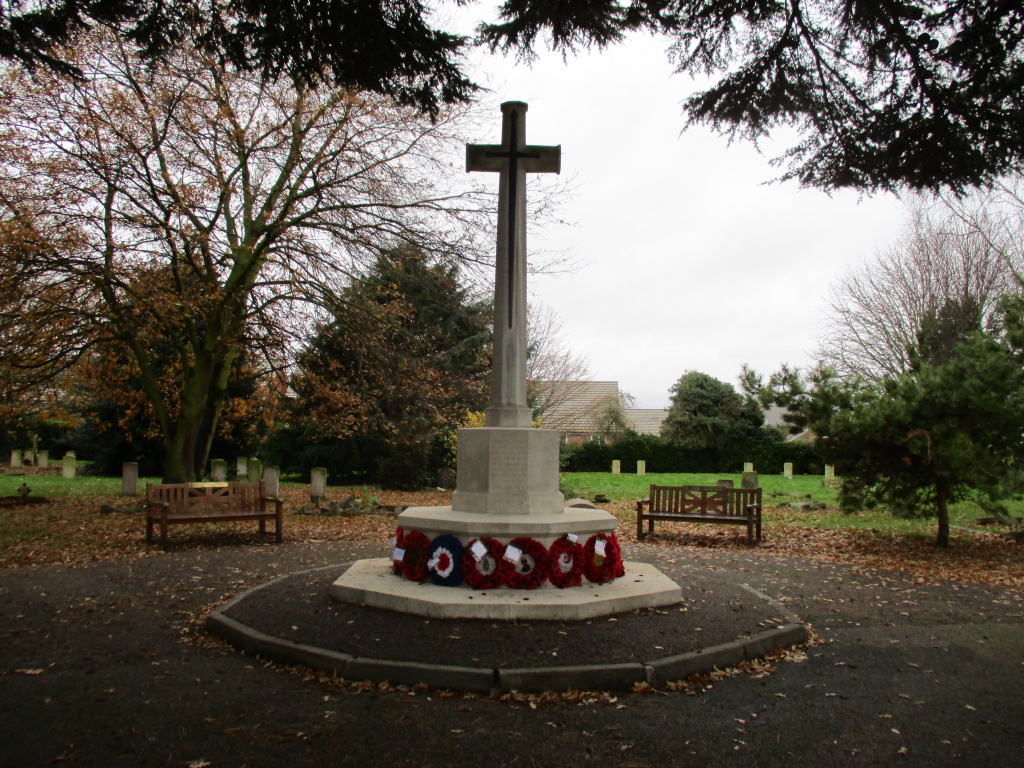 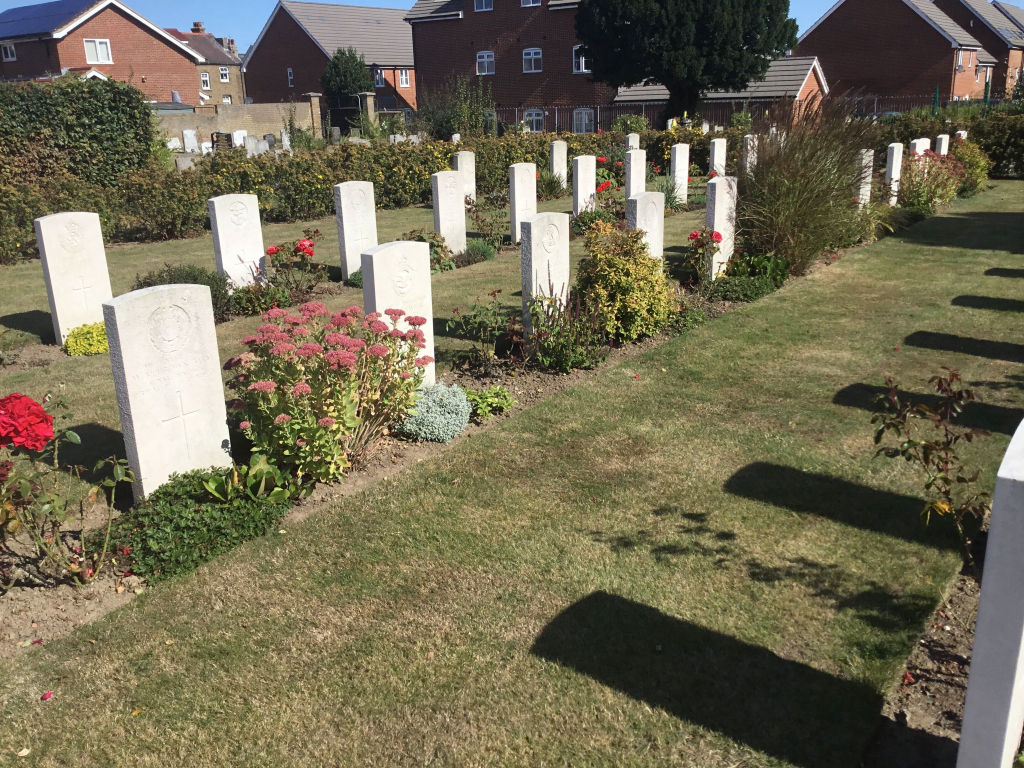 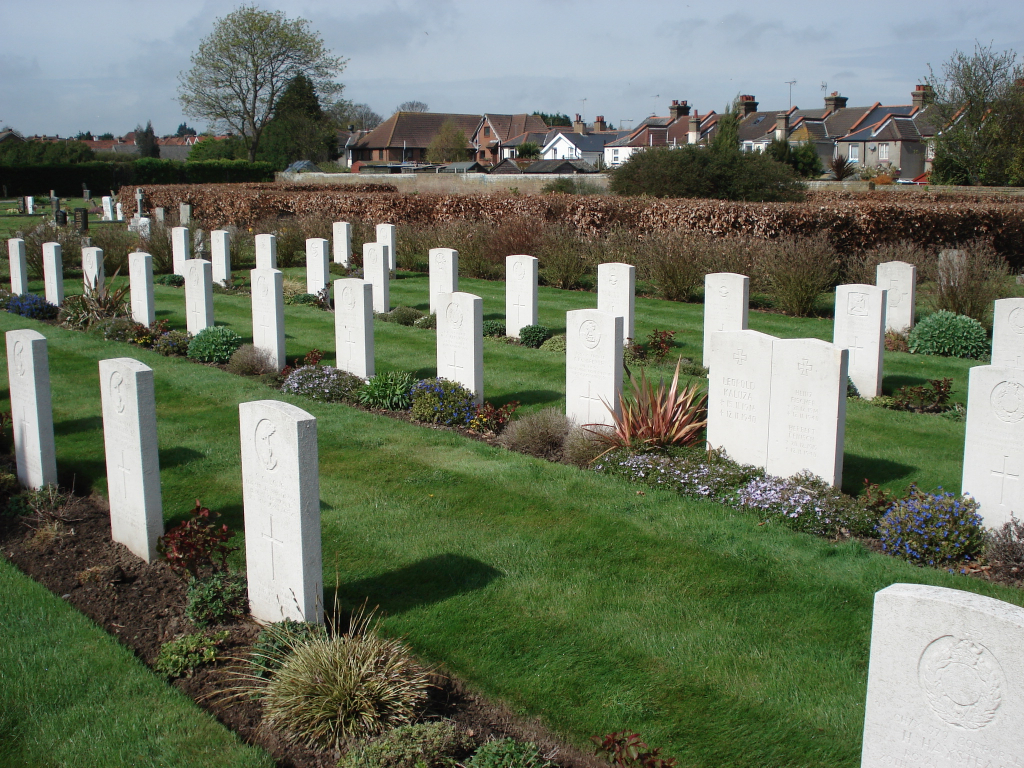 For many years, Deal has had associations with the Corps of Royal Marines. Deal Cemetery contains war graves of both wars. The 127 First World War burials (including those of three unidentified Naval ratings) are scattered throughout the cemetery grounds. Of the 54 Second World War graves, 38 form a small war graves plot in Plot C, Block 8. The plot also contains the graves of three German airman and there is one Belgian war grave elsewhere in the cemetery.