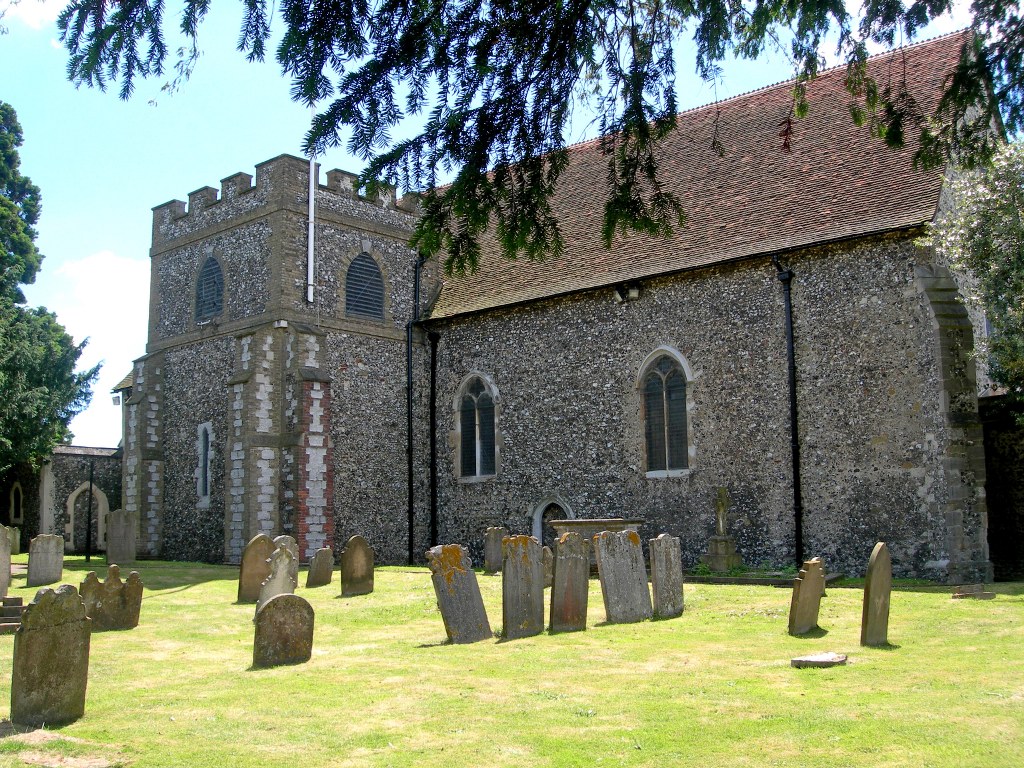 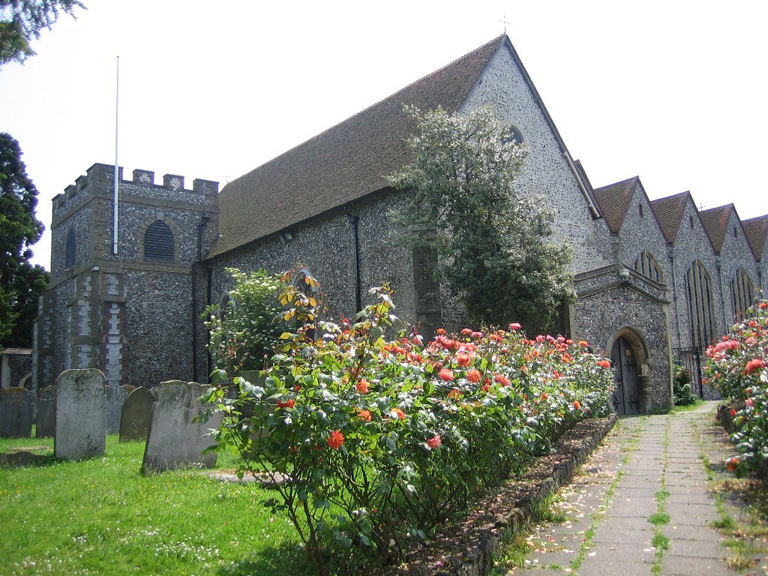 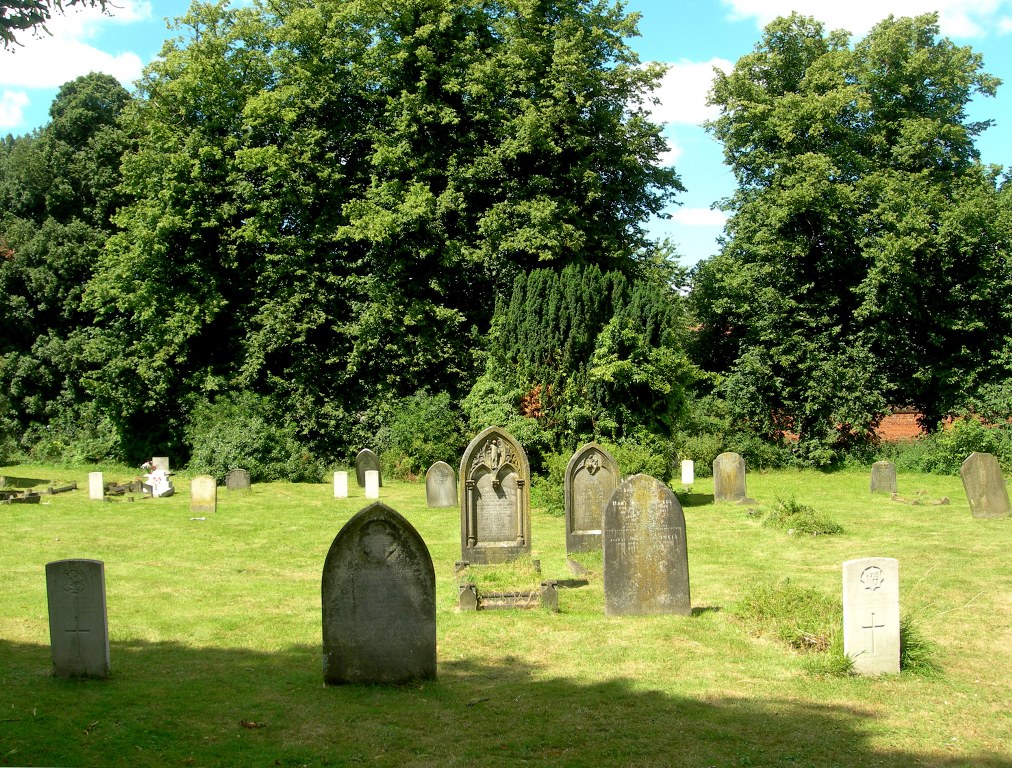 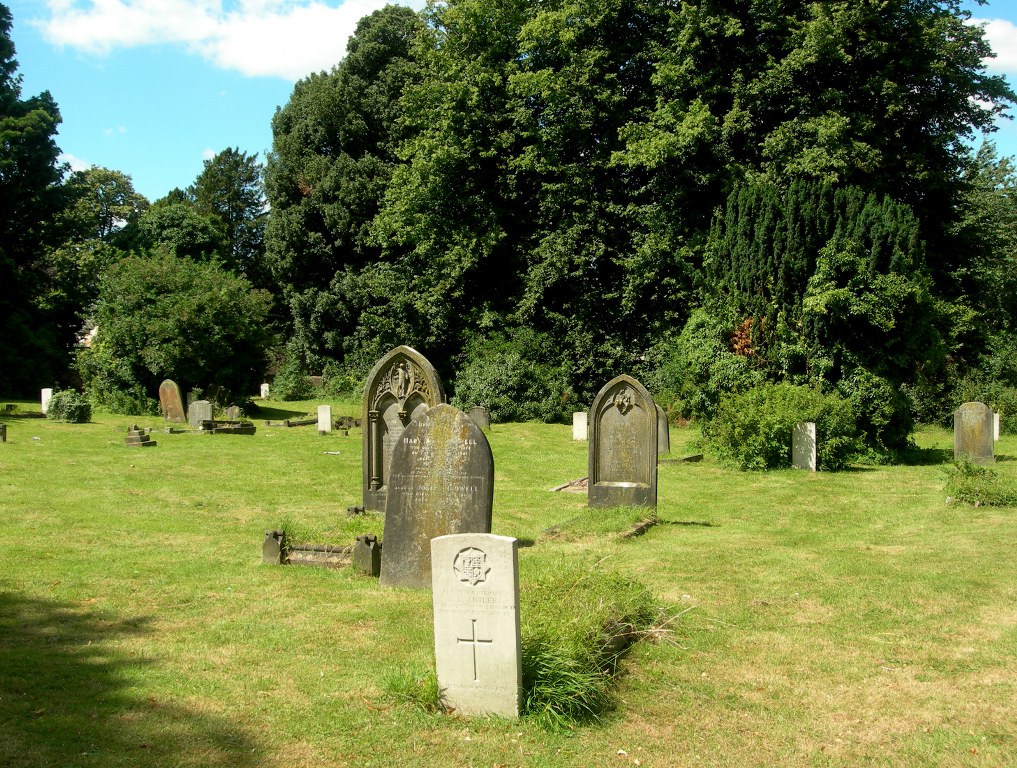 The churchyard contains 14 War Graves situated in the North West Part. During the First World War, the Ontario Hospital was at Orpington from February 1916 to September 1917, when it became No 16 Canadian General Hospital. The hospital closed in September 1919. The hospital made a number of burials in a section of the extension to Orpington (All Saints) Churchyard, which was for may years known as Ontario Cemetery. This Extension contains 116 burials, 88 of which are Canadian. The extension as a whole contains 129 First World War burials and another 14 from the Second World War. The Commission also cares for 70 non-war service graves in the extension.