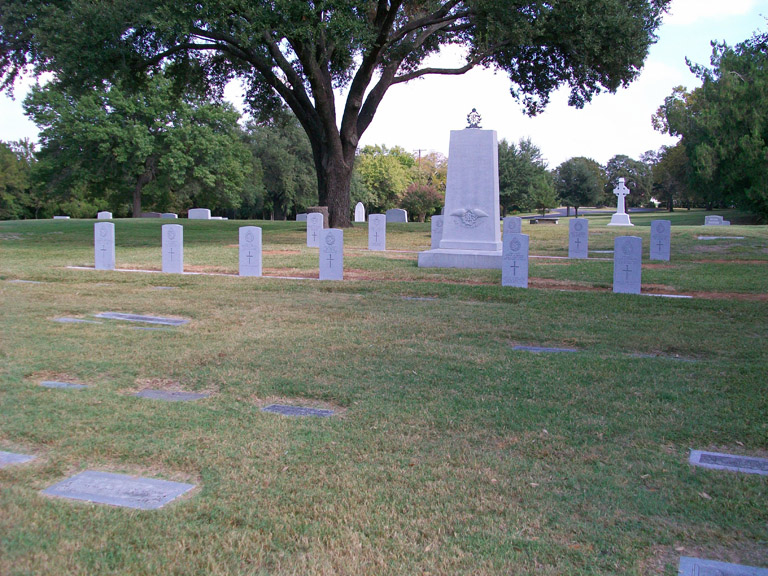 In 1917 and 1918, units of the Royal Flying Corps and the Royal Air Force were stationed at the Fort Worth flying field under a reciprocal arrangement between the American and Canadian air services. Fort Worth Greenwood Memorial Park contains a Royal Air Force Plot, marked by a central memorial, in which are buried 11 Commonwealth airmen of the First World War.