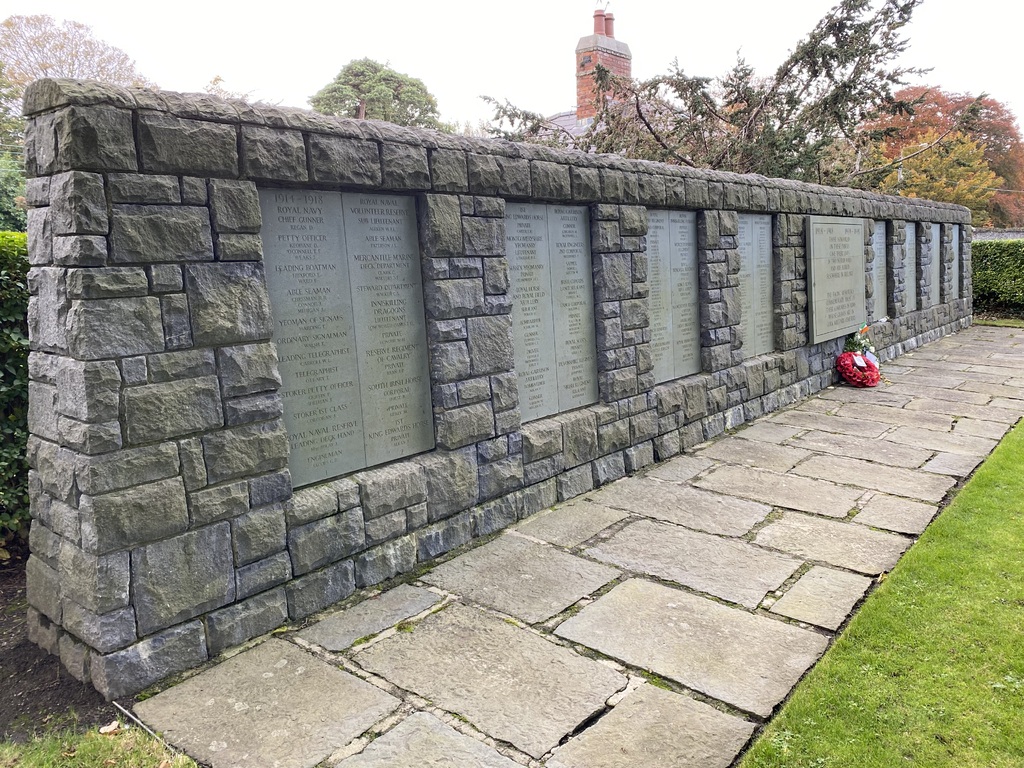 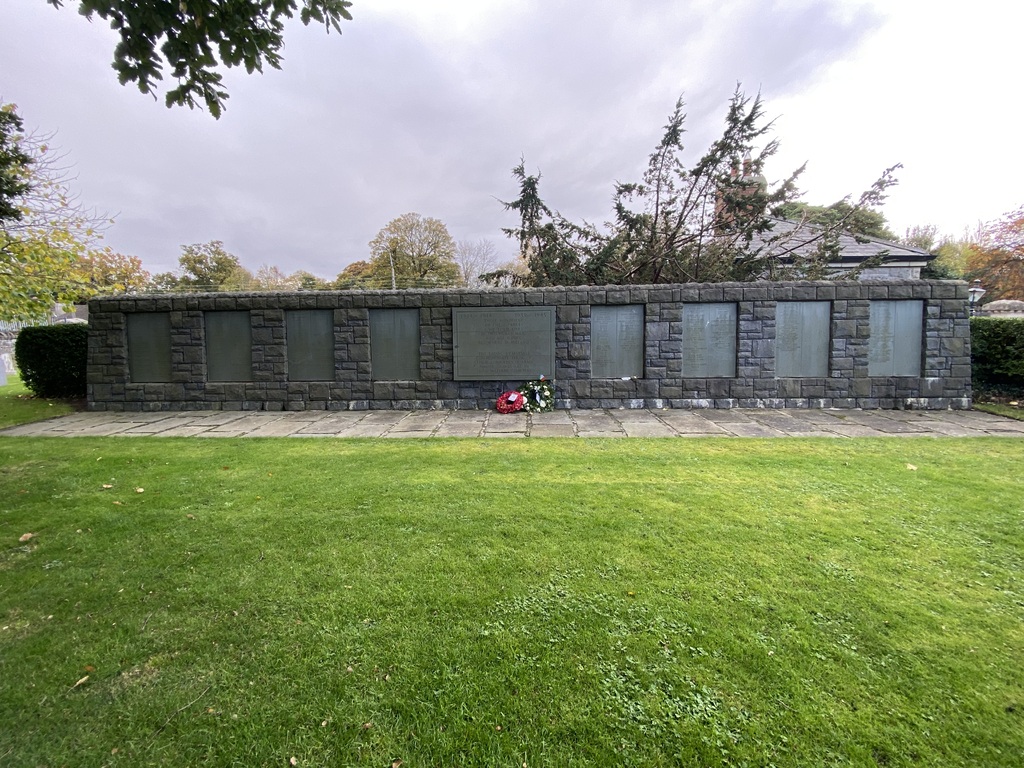 The Grangegorman Memorial is situated within Grangegorman Military Cemetery, which is on Blackhorse Avenue, Dublin, outside the North-East boundary of Phoenix Park.

Please note, the gates to Grangegorman Military Cemetery are open daily from 10am to 4pm.

The Memorial was erected in 1984 and consists of a screen wall, of a simple design, standing nearly two metres high and fifteen metres long, built of Irish limestone. The Memorial commemorates the names of those War Dead whose graves lie elsewhere in Ireland and which can no longer be maintained.

Since the Memorial's completion however, many graves previously classified as unmaintainable have been reclassified as maintainable. Consequently the names of several casualties who are commemorated on the memorial have been deleted from the register as commemoration has been restored to the actual site of burial.