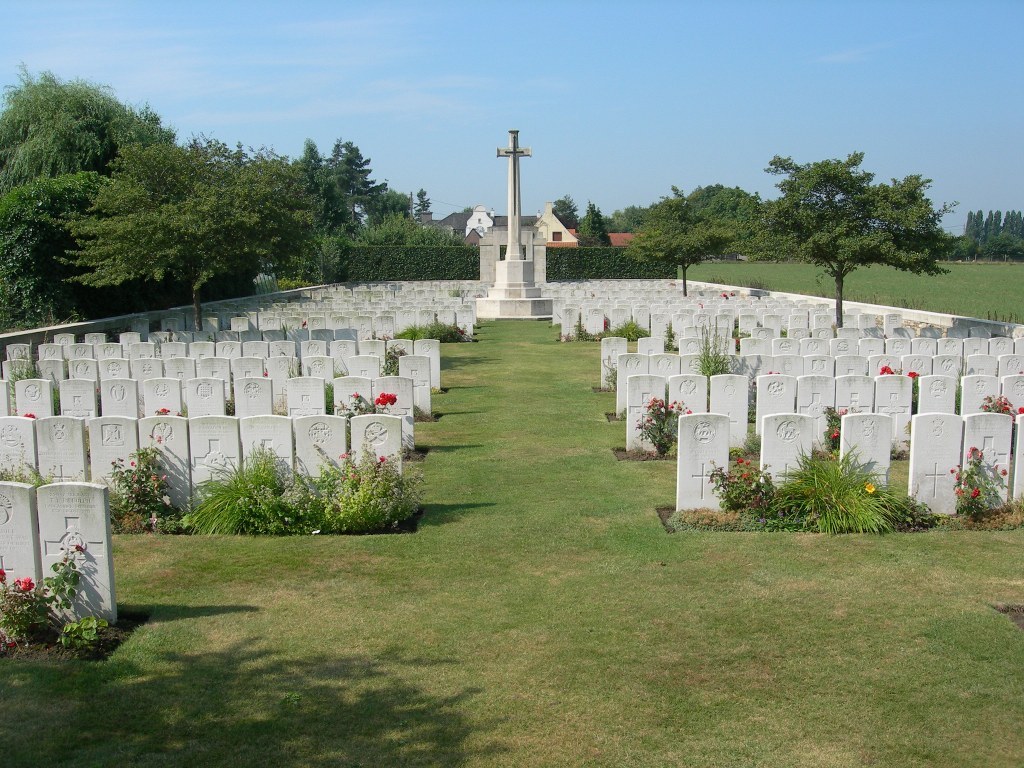 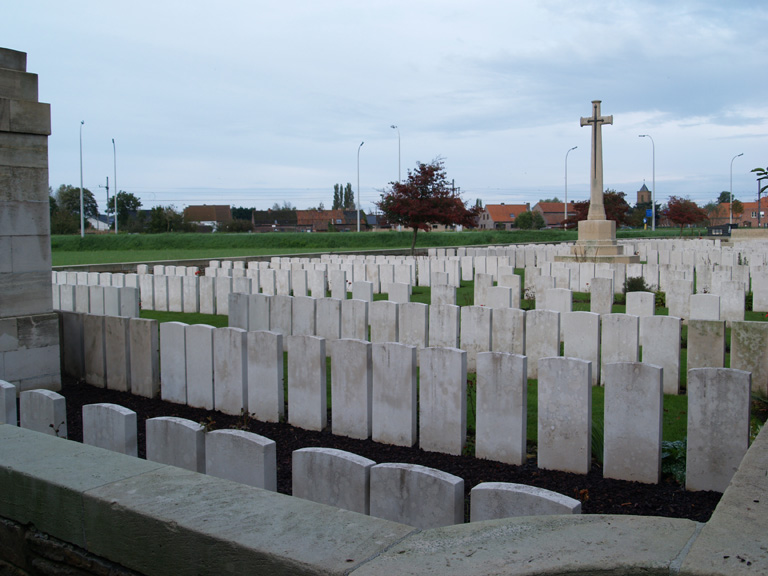 Brandhoek New Military Cemetery is located 6.5 km west of Ieper town centre, on the Zevekotestraat, a road leading from the N308 connecting Ieper to Poperinge. From Ieper town centre the Poperingseweg (N308), is reached via Elverdingestraat then directly over two small roundabouts in the Capronstraat. The Poperingseweg is a continuation of the Capronstraat and begins after a prominent railway level crossing. 6 km along the N308, after passing the village of Vlamertinge and just beyond the church in the hamlet of Brandhoek lies the left hand turning onto the Grote Branderstraat. After crossing the N38 Westhoekweg, the first right hand turning leads onto the Zevekotestraat. The cemetery is located 300 metres along the Zevekotestraat on the right hand side of the road, beyond the N38 dual carriageway, which it is necessary to cross.

Visitors should note a small grass access path which is not suitable for vehicles.

During the First World War, Brandhoek was within the area comparatively safe from shell fire, which extended beyond Vlamertinghe Church. Field ambulances were posted there continuously.

Brandhoek New Military Cemetery contains 530 Commonwealth burials of the First World War and 28 German war graves. The burials are of July and August 1917 and among them is the grave of Captain Noel Chavasse, VC and Bar, MC, one of only three men who have won the Victoria Cross twice.