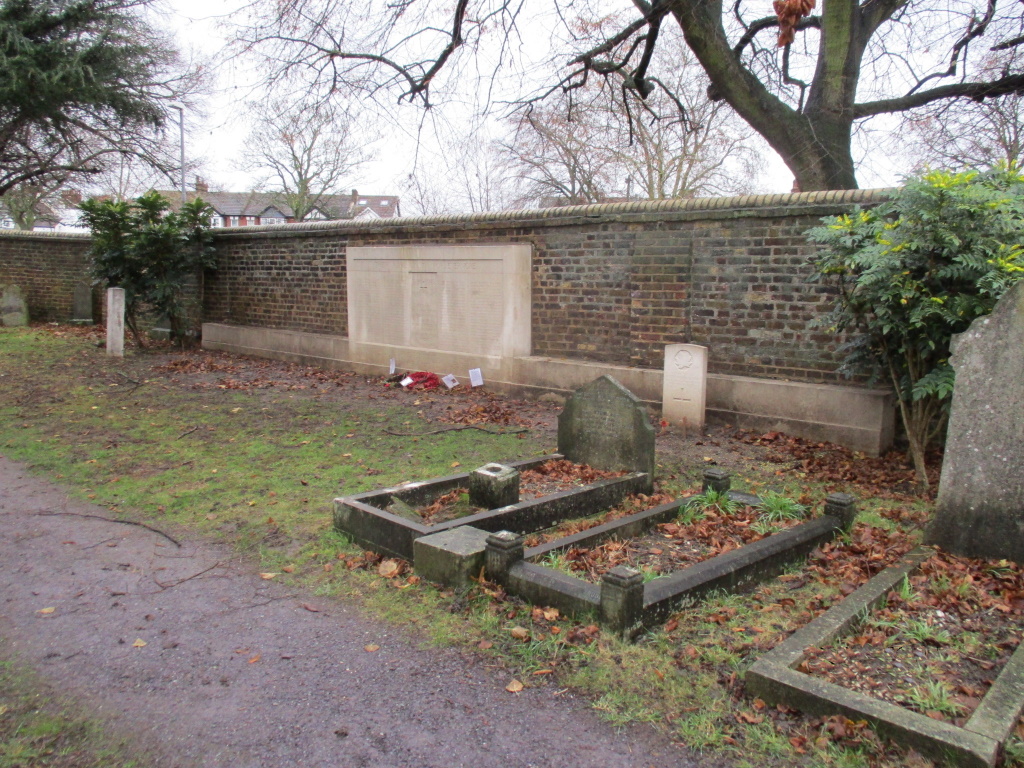 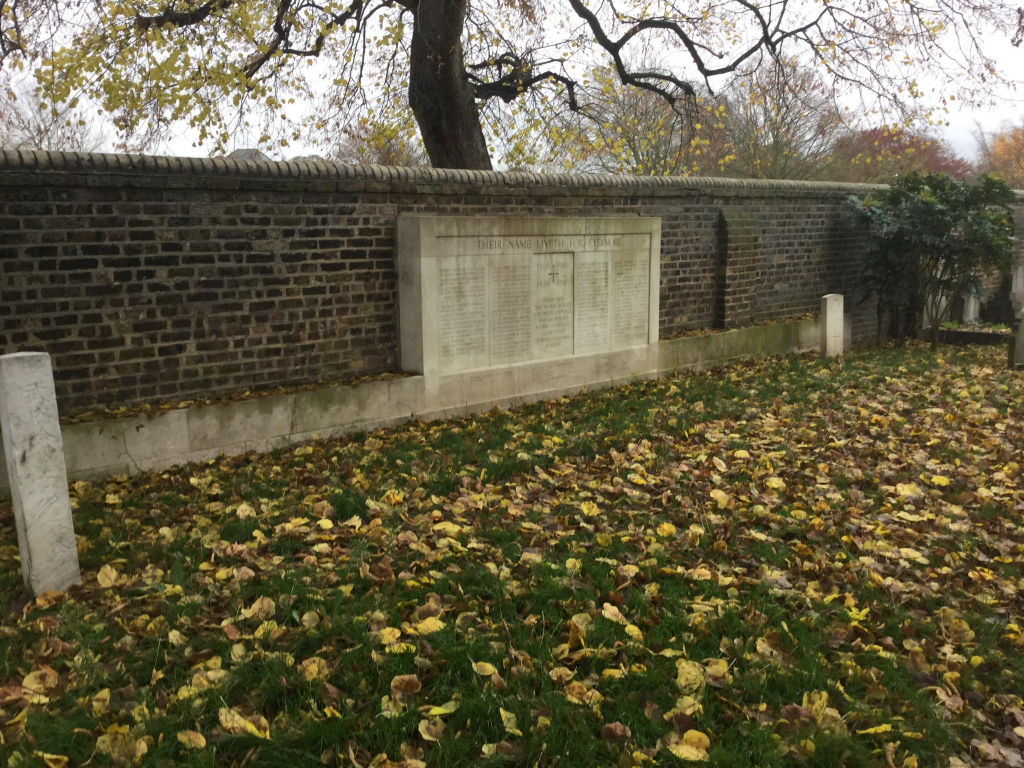 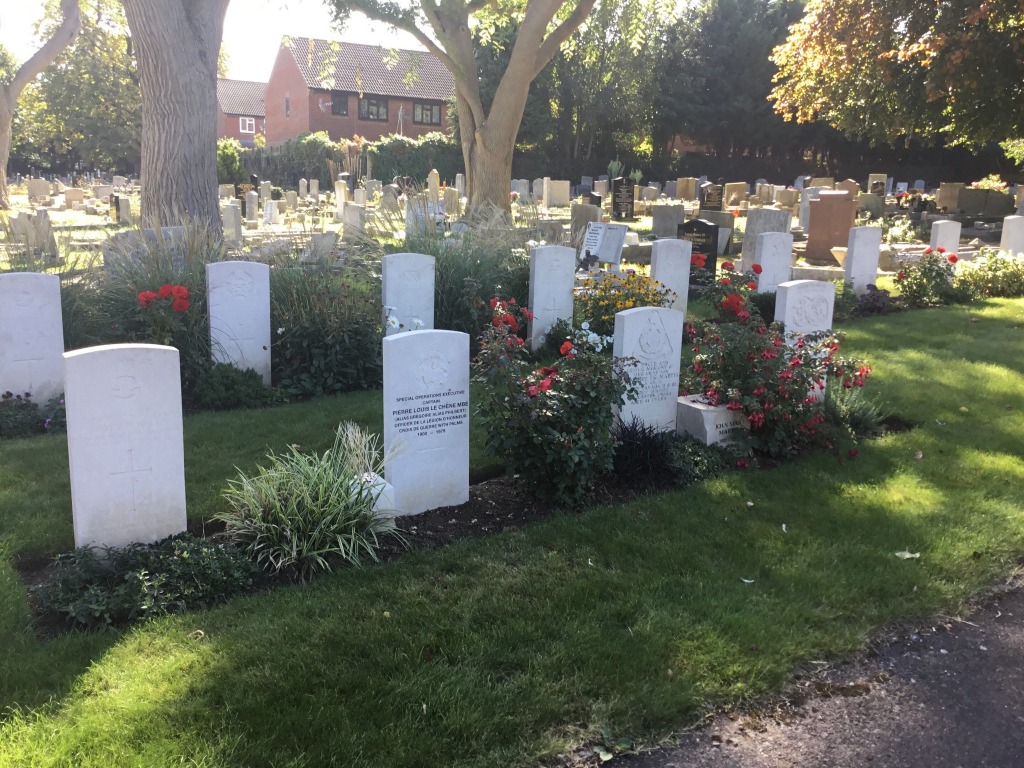 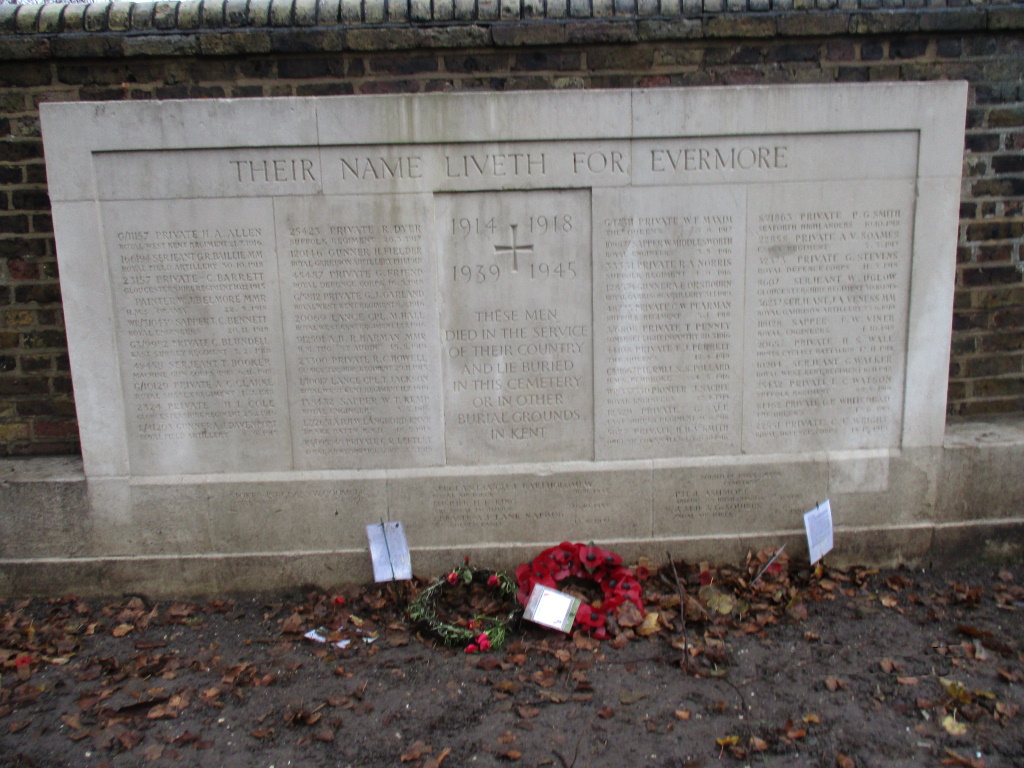 The R.A.F. station at Gravesend was a fighter airfield during the Second World War. 610 Squadron from Biggin Hill was at this airfield early in July 1940 and in November 1940, 141 Squadron arrived from Prestwick.

The majority of the 72 Second World War graves are scattered thoughout the cemetery in positions chosen by those responsible for the interments, but there is a small group of war graves in the south-eastern corner of the newer part of the burial ground. Three men whose graves could not be marked by headstones are commemorated by name on the screen wall in the First World War plot.

The majority of the 82 First World War graves are in a special plot on the south-eastern boundary. The names of those buried in the plot are recorded on a screen wall. The other burials are scattered throughout the cemetery.