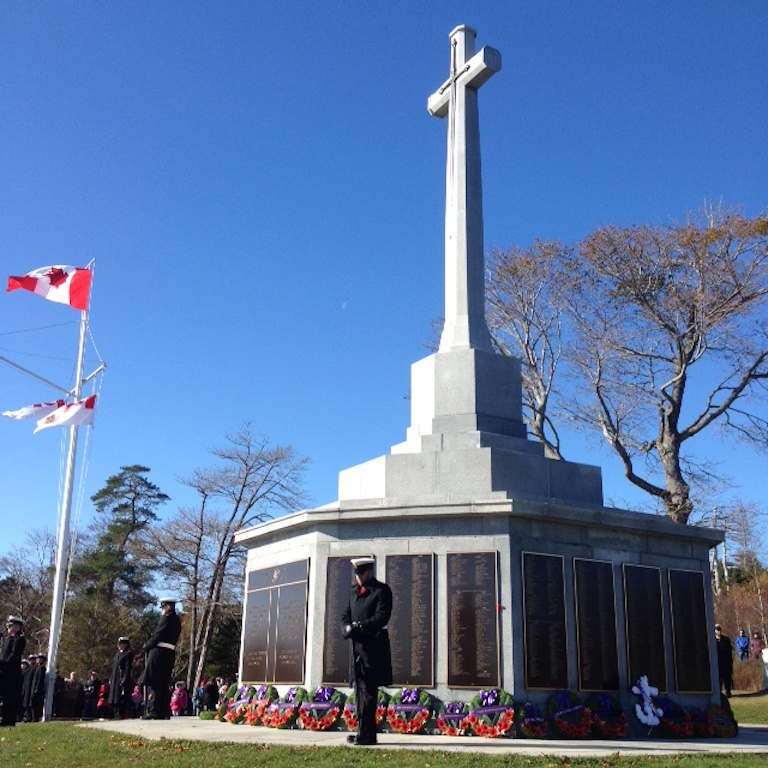 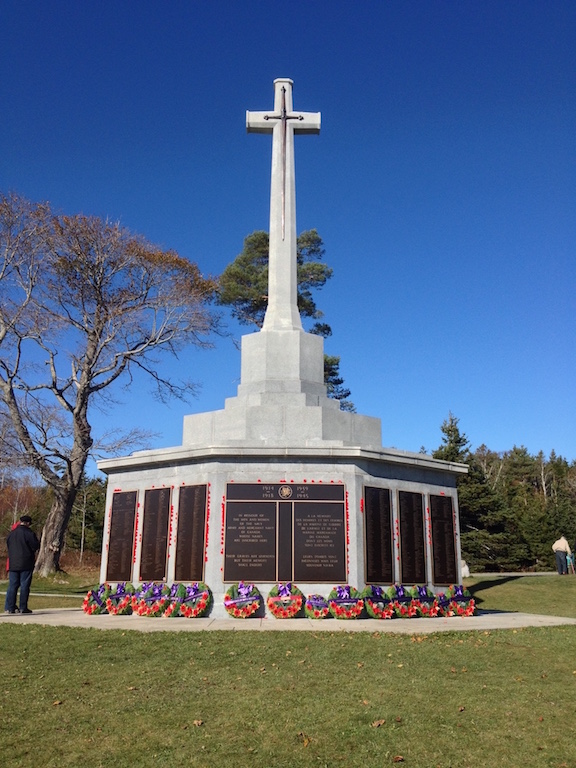 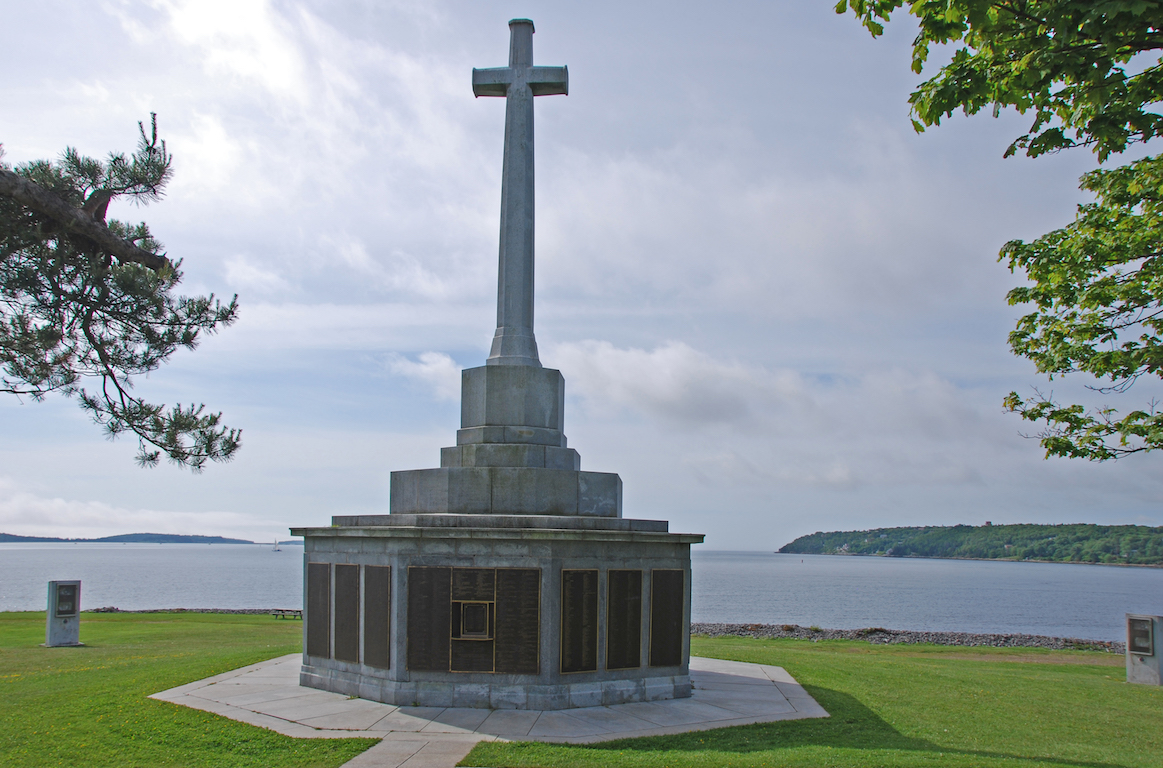 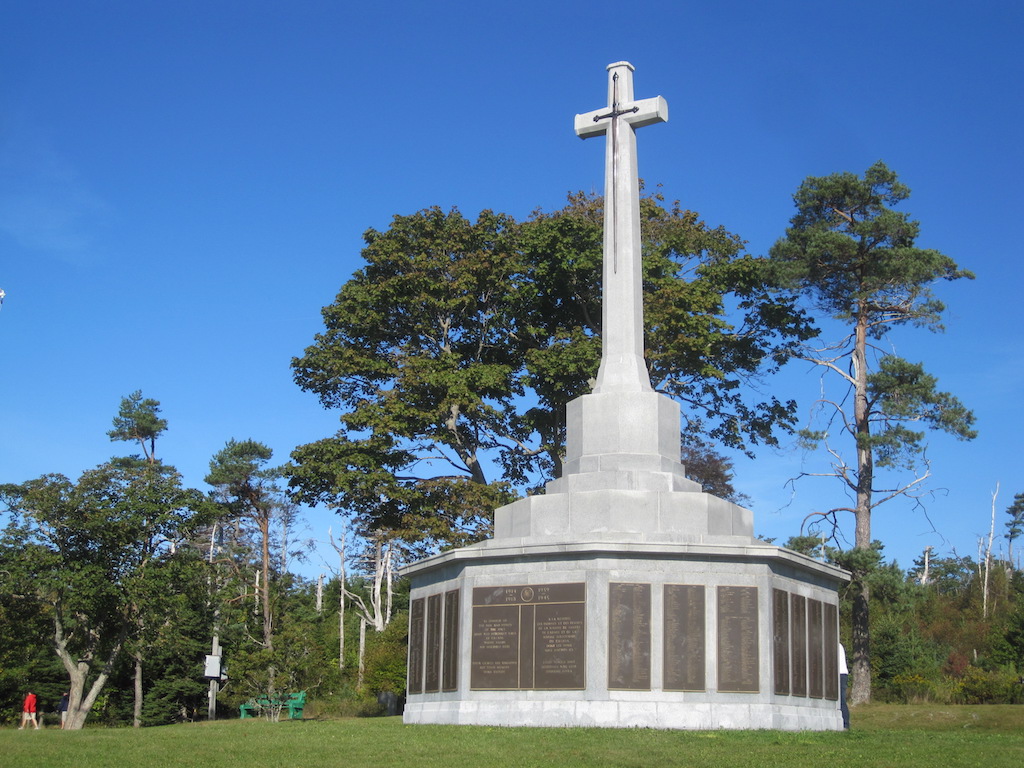 The memorial is in Nova Scotia's capital, Halifax, in Point Pleasant Park.

The Halifax Memorial is one of those erected by the Commonwealth War Graves Commission to commemorate men and women of the forces of the Commonwealth who died in both world wars and have no known grave. It commemorates particularly those Canadian sailors, merchant seamen, soldiers and nursing sisters who lost their lives at sea, and also bears the names of men of the Canadian Army stationed in Canada who have no known grave.

The memorial commemorates 272 casualties of the first world war (on panels one to three) and 2,845 from the Second World War (panels four to twenty-three). The present memorial is a replacement built in 1967. It was unveiled in November of that year, with naval ceremony, by H.P. MacKeen, Lieutenant-Governor of Nova Scotia, in the presence of R, Teillet, Minister of Veterans Affairs.