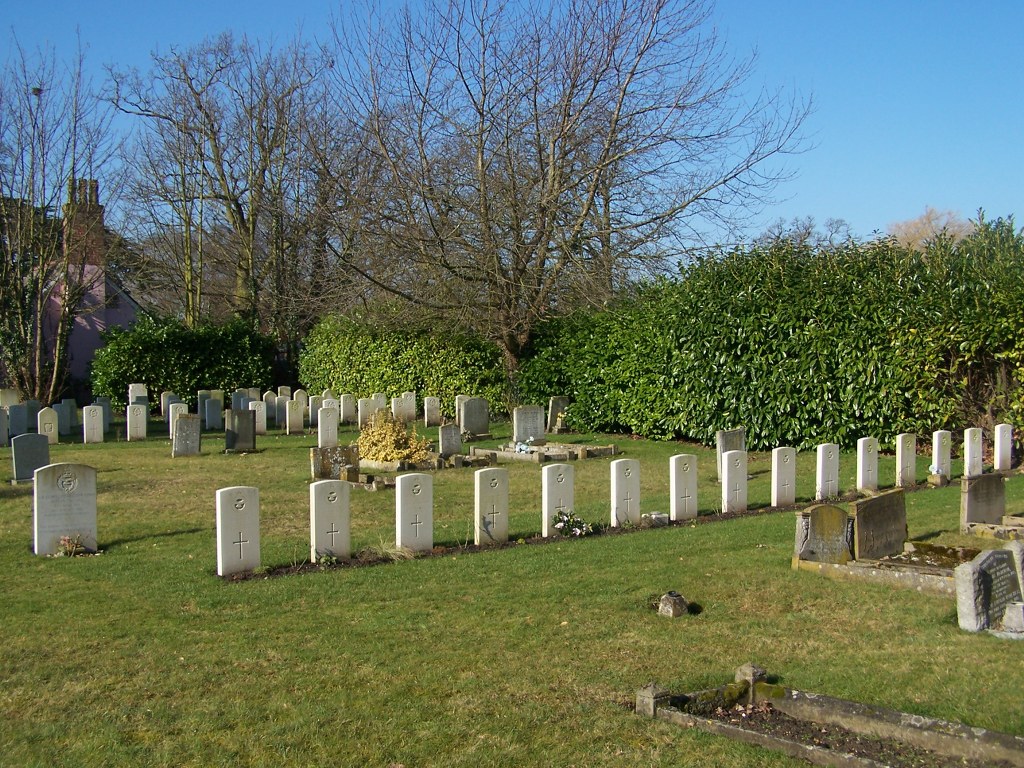 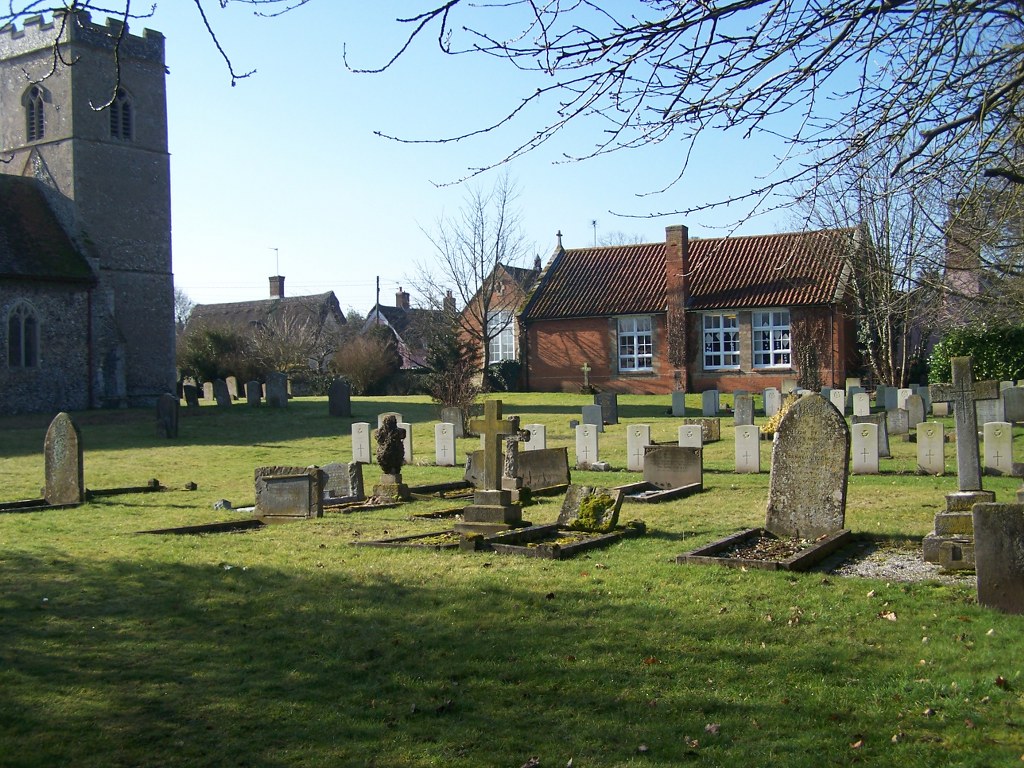 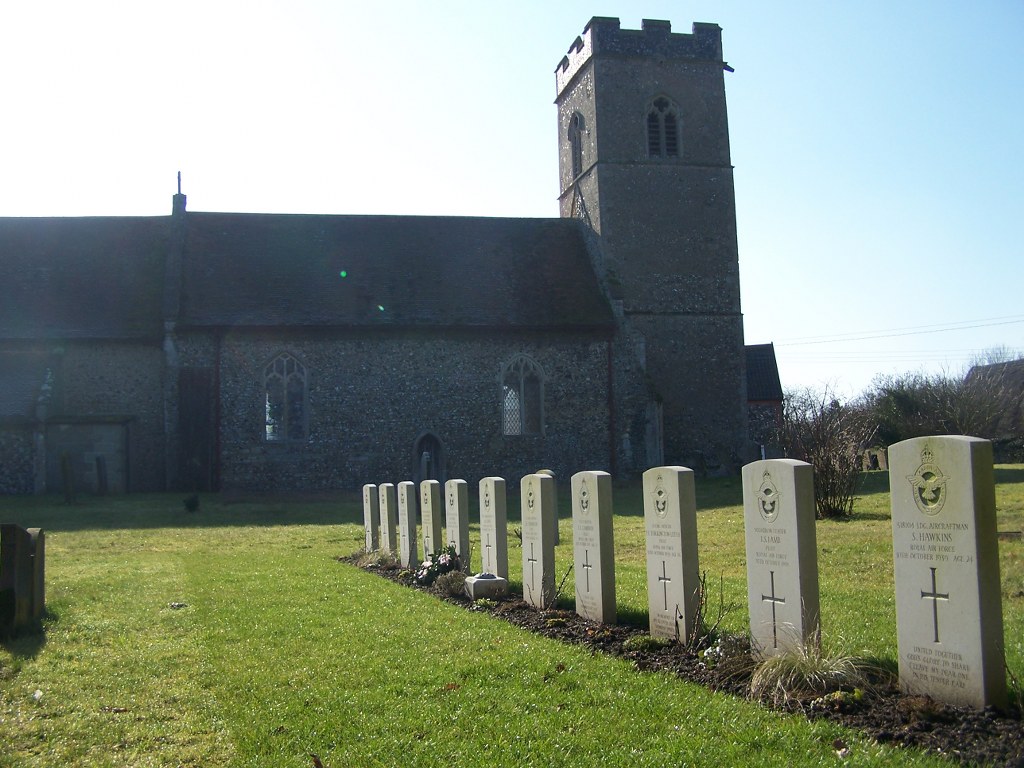 Honington is a village in the west of Suffolk, 7 miles south-east of Thetford on the A1088 towards Ixworth. The churchyard is east of this main road on the way to Sapiston.

During the early months of the Second World War ground at the far end, north of the church, was set aside for service war graves and was used by the Royal Air Force Station at Honington. The majority of the 61 war burials now form a war graves plot in the north-western corner of the churchyard, with a separate line of war graves nearby.