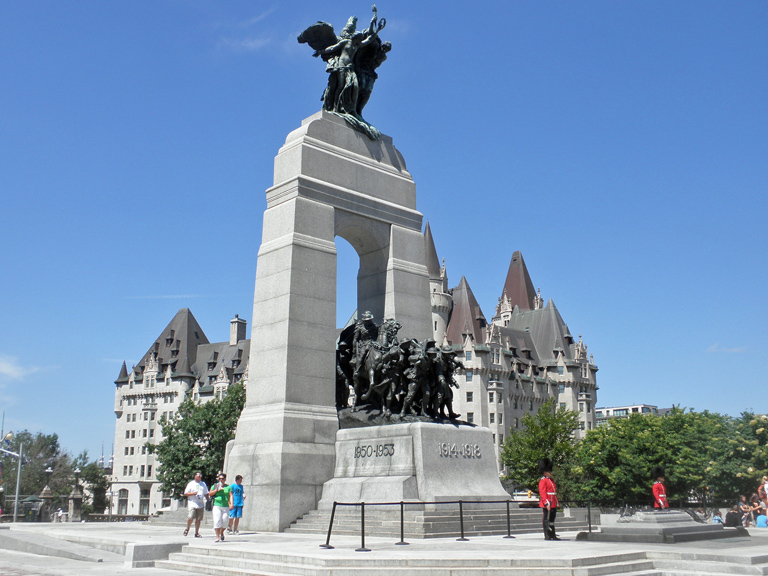 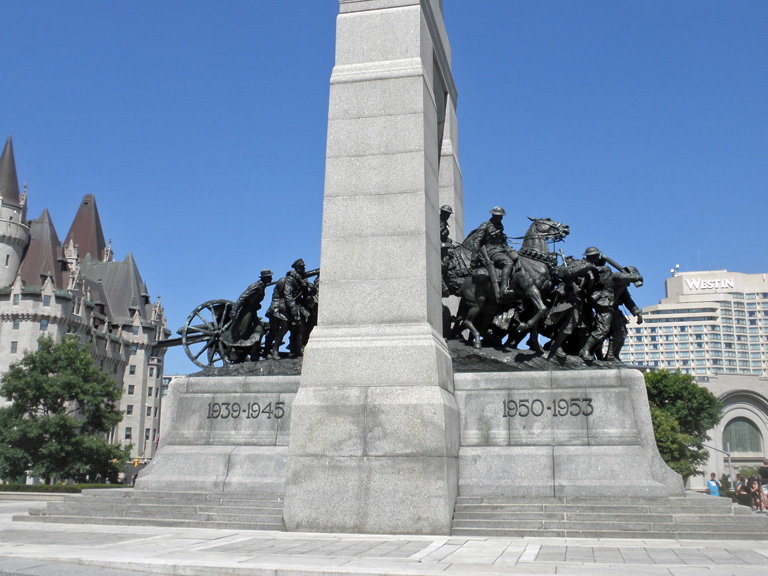 On 25th May 2000 the remains of an unidentified Canadian soldier were entrusted to Canada at a ceremony held at the Vimy Memorial, France. The remains had been exhumed by France Area staff of the Commonwealth War Graves Commission from Cabaret-Rouge British Cemetery, Souchez, Plot 8, Row E, Grave 7. Immediately following the ceremony the remains were repatriated to Ottawa, Canada, where they lay in state at the Hall of Honour in the nation's Parliament Buildings. Thousands of visitors filed by the site over the next few days to pay their respects until the state funeral on Sunday 28th May. The remains were laid to rest in a sarcophagus placed at the foot of the National War Memorial, Confederation Square, Ottawa, which itself had been officially unveiled by His Majesty King George VI on the 21st May 1939. Confederation Square is in the heart of down town Ottawa, across from the Parliament Buildings. Soil from the soldier's original grave in France, Canada's ten provinces and three territories, as well as a feather from Canada's aboriginal people were sprinkled on the coffin prior to the sealing of the sarcophagus. The sarcophagus is a three tiered structure made of dark Caledonia granite. The bronze relief sculptures include key elements of the stone carving on the Vimy Memorial altar; a medieval sword, a helmet, and branches of maple and laurel leaves symbolizing victory and death. Four bronze corner pieces complement the structure. Three are replicas of the Canadian Memorial Cross presented to the families who lost loved ones in war. The fourth is a poppy, symbol of remembrance. The sarcophagus is simply inscribed : THE UNKNOWN SOLDIER - LE SOLDAT INCONNU