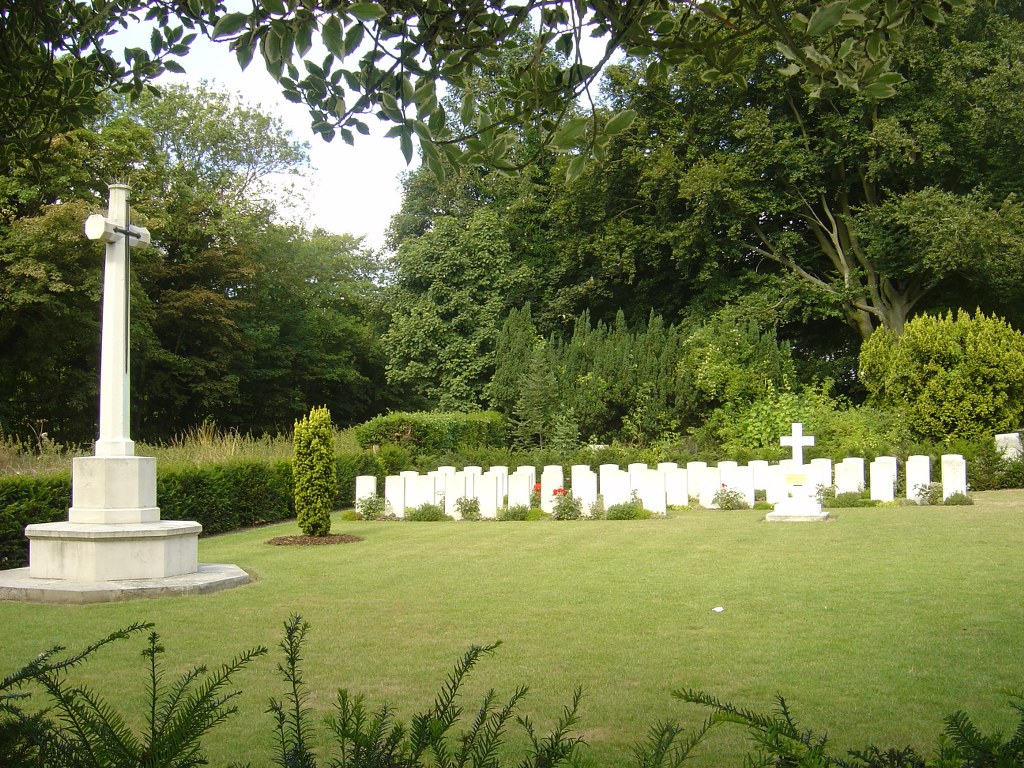 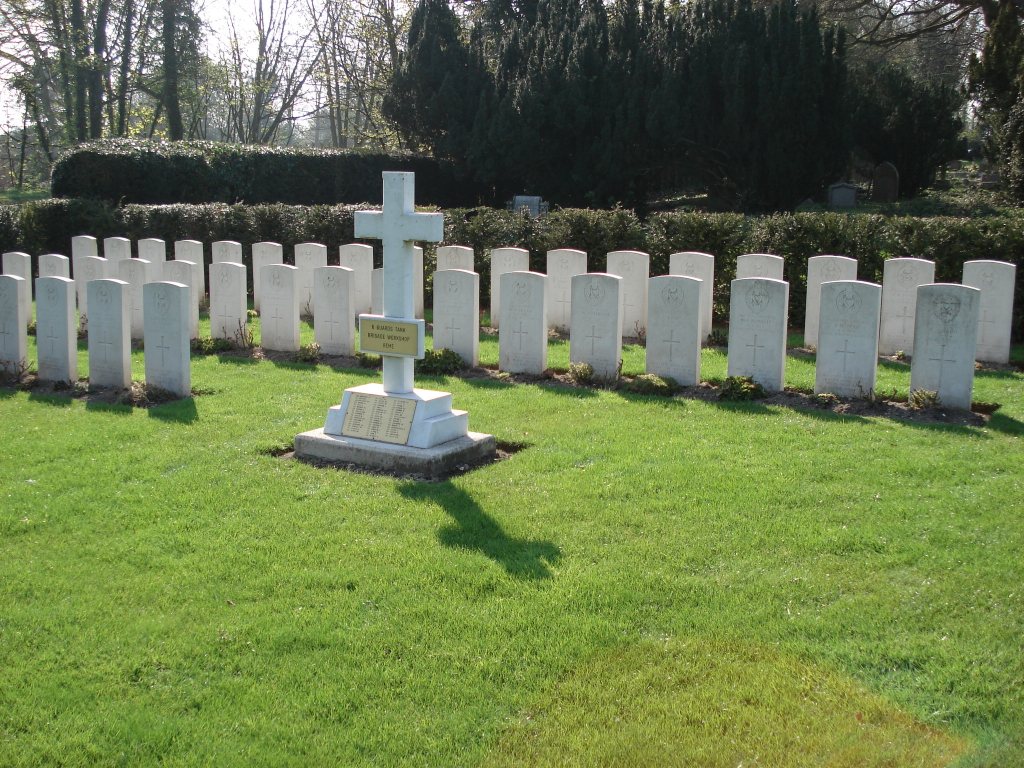 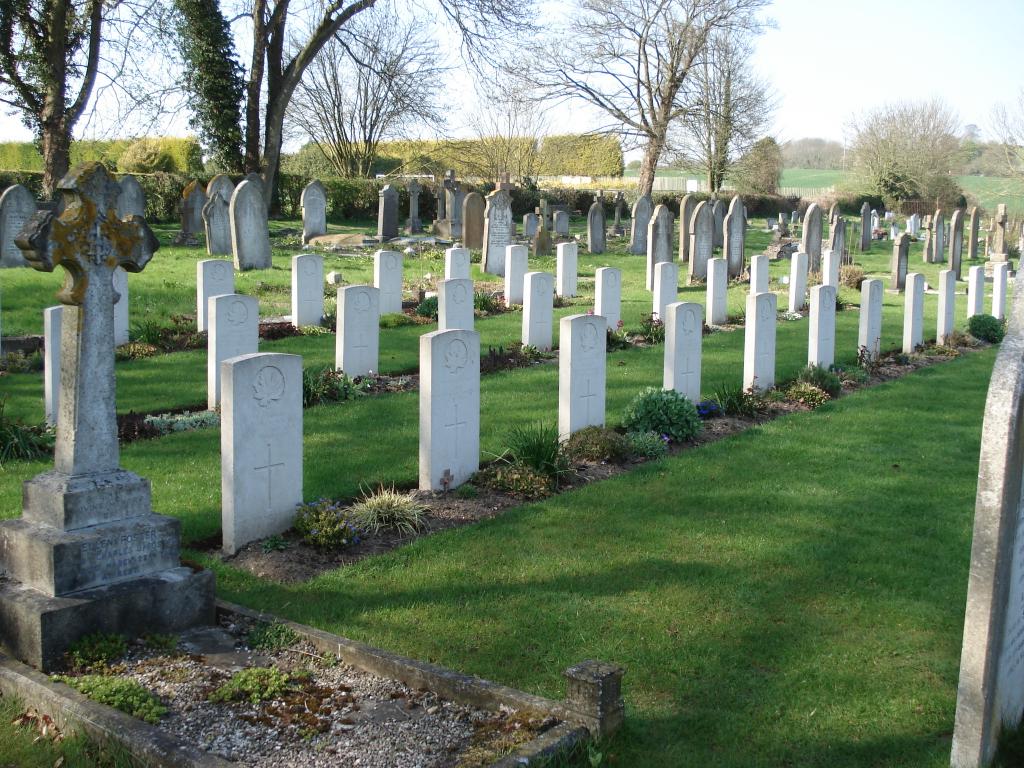 Lenham Cemetery contains 36 First World War burials, almost all of them made from the Canadian Special Hospital which was established in Lenham at the time. Most of the graves are in a special war plot. Of the 49 Second World War burials, 46 are of R.E.M.E. personnel of the 6th Guards Tank Brigade workshop stationed between Lenham and Charing who were killed by a flying bomb on 24 June 1944. They lie together in another war graves plot. The remaining graves, together with that of a German airman, are in a small group in Section B.