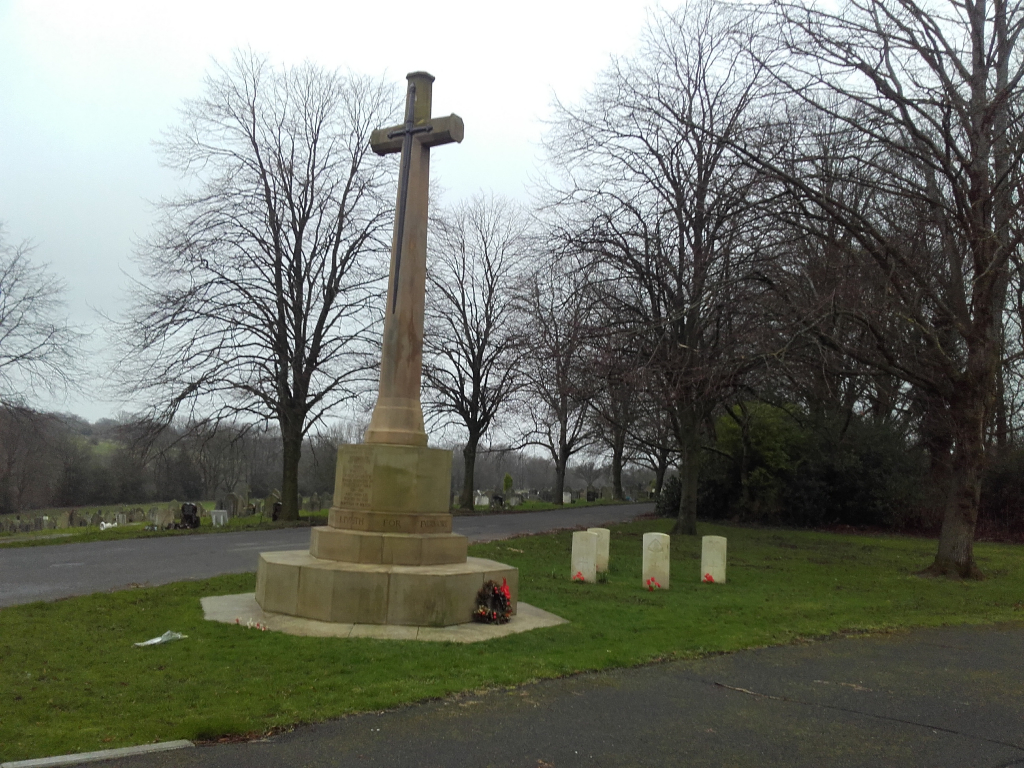 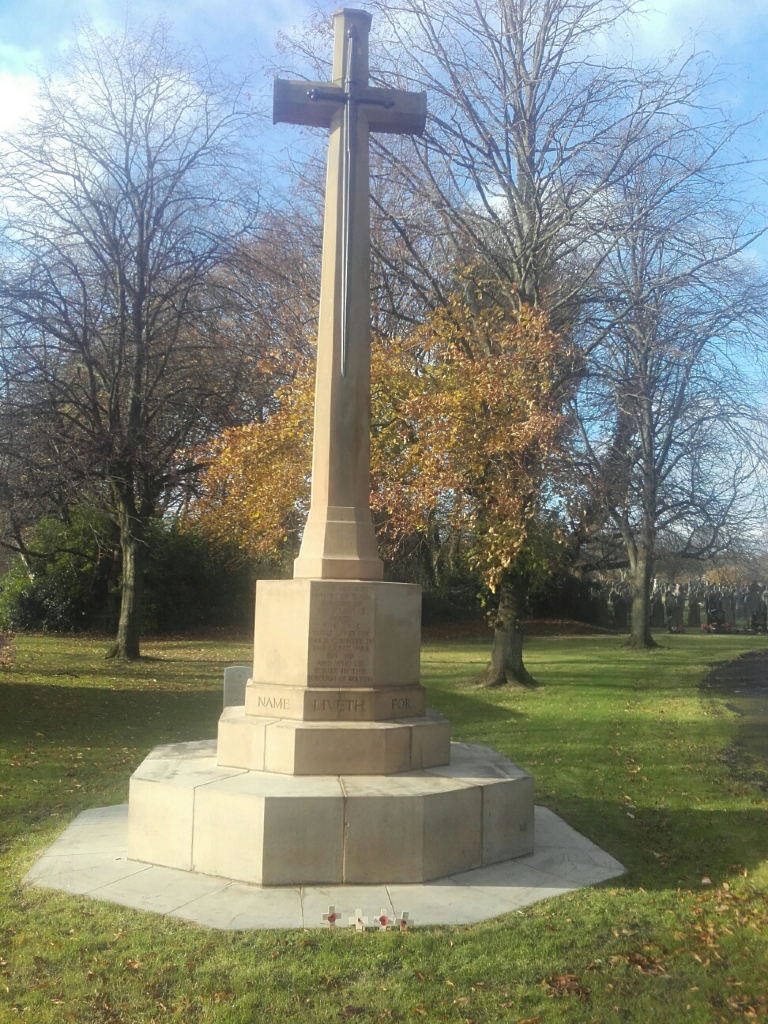 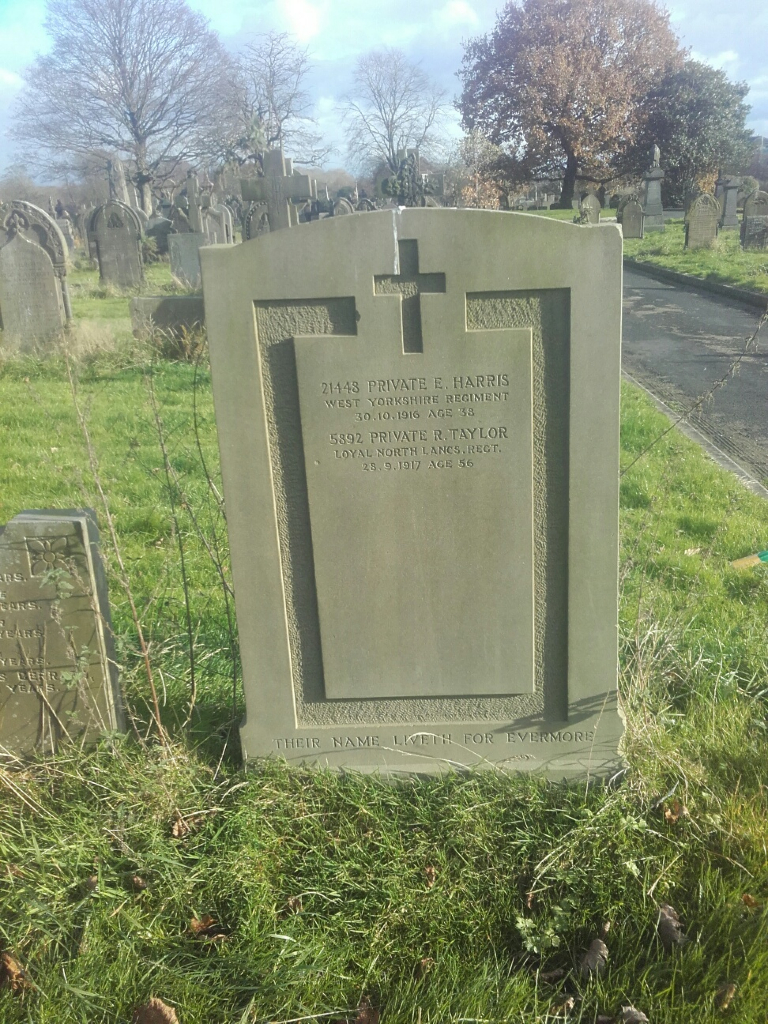 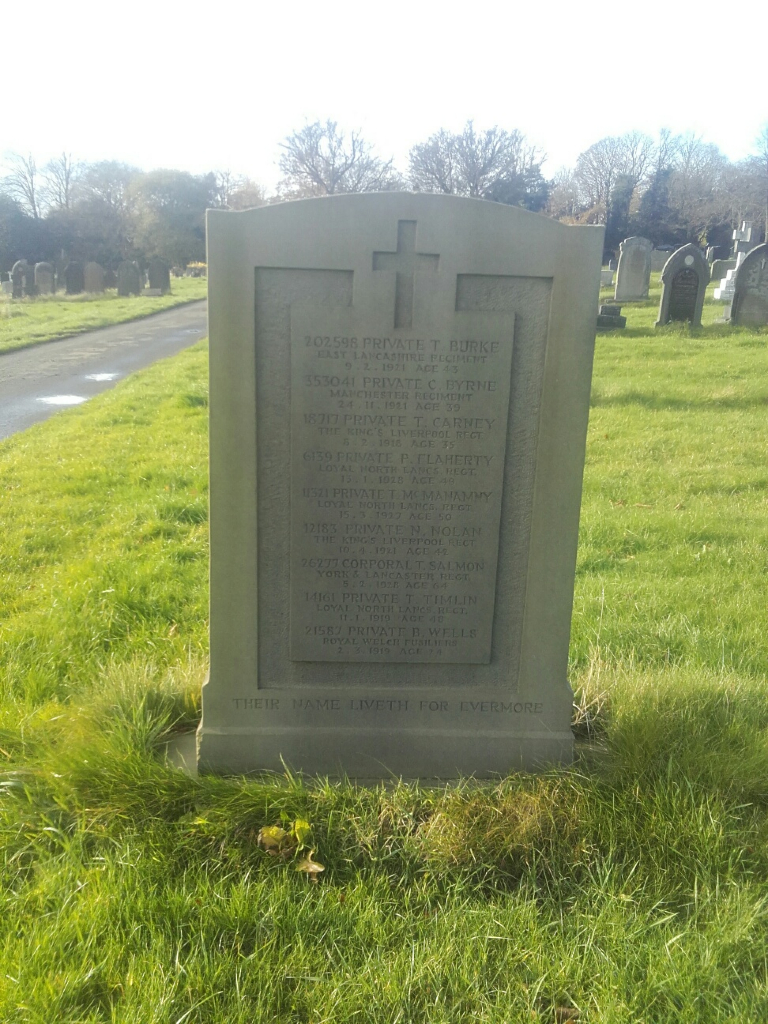 Heaton Cemetery was opened in 1879. It contains 135 burials of the First World War which are partly in three small plots, but mostly scattered. After the war a Cross of Sacrifice was erected in one of the plots which bears an inscription referring to the war graves in the three main town cemeteries (Heaton, Tonge and Astley Bridge). The Second World War burials total 79 and are scattered throughout the cemetery.