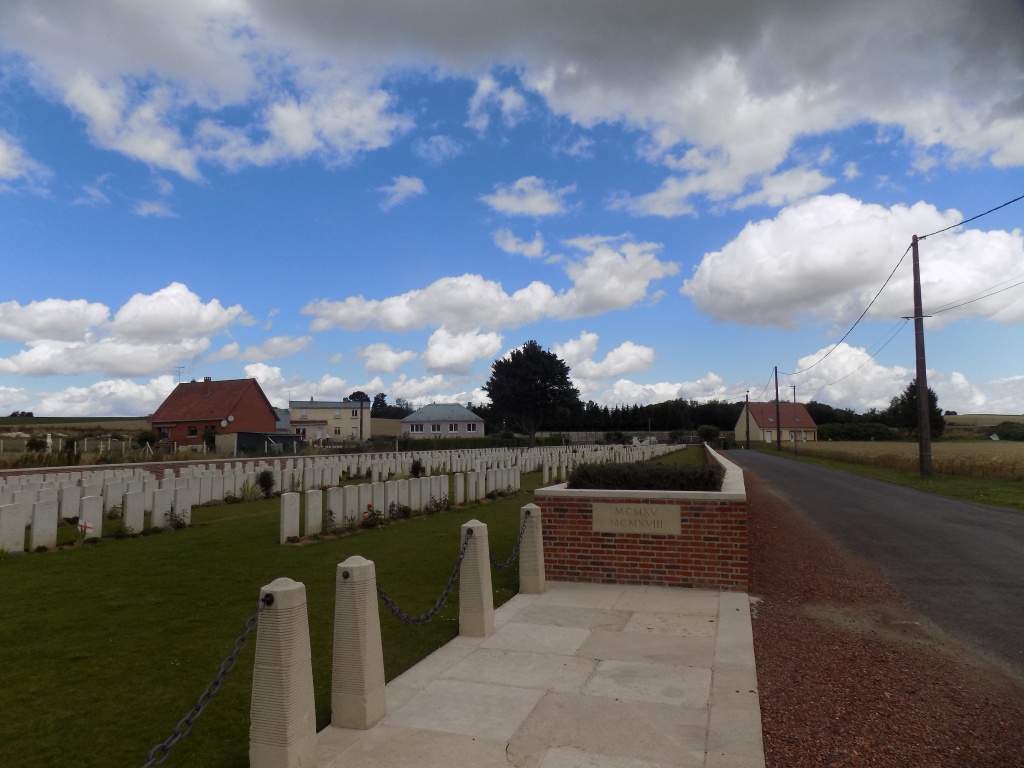 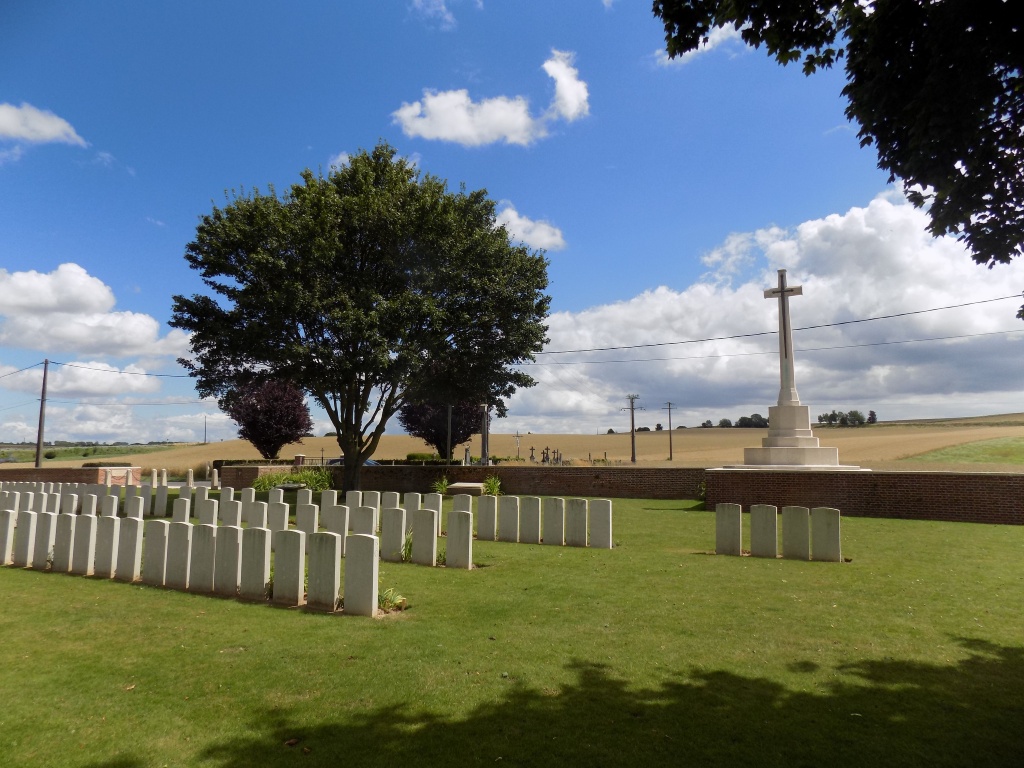 Becordel-Becourt is a village about 2.5 kilometres south-east of Albert. From the D938 (Albert-Peronne) take the road C2 (Becourt-Becordel). The Cemetery is immediately north of the village on the road to Becourt opposite the Communal Cemetery.

Dartmoor Cemetery was begun (as Becordel-Becourt Military Cemetery) in August 1915 and was used by the battalions holding that part of the line; its name was changed in May 1916 at the request of the 8th and 9th Battalions of the Devonshire Regiment. In September 1916, the XV Corps Main Dressing Station was established in the neighbourhood, but throughout 1917, the cemetery was scarcely used. It passed into German hands on 26 March 1918, but was retaken on 24 August by the 12th Division. There are five burials of August 1918, in Plot II, Row E. In adjoining graves in Plot I, Row A, are buried a father and son, who served in the same artillery battery, and were killed in action on the same day. Dartmoor Cemetery contains 768 Commonwealth burials of the First World War. The cemetery was designed by Sir Edwin Lutyens.