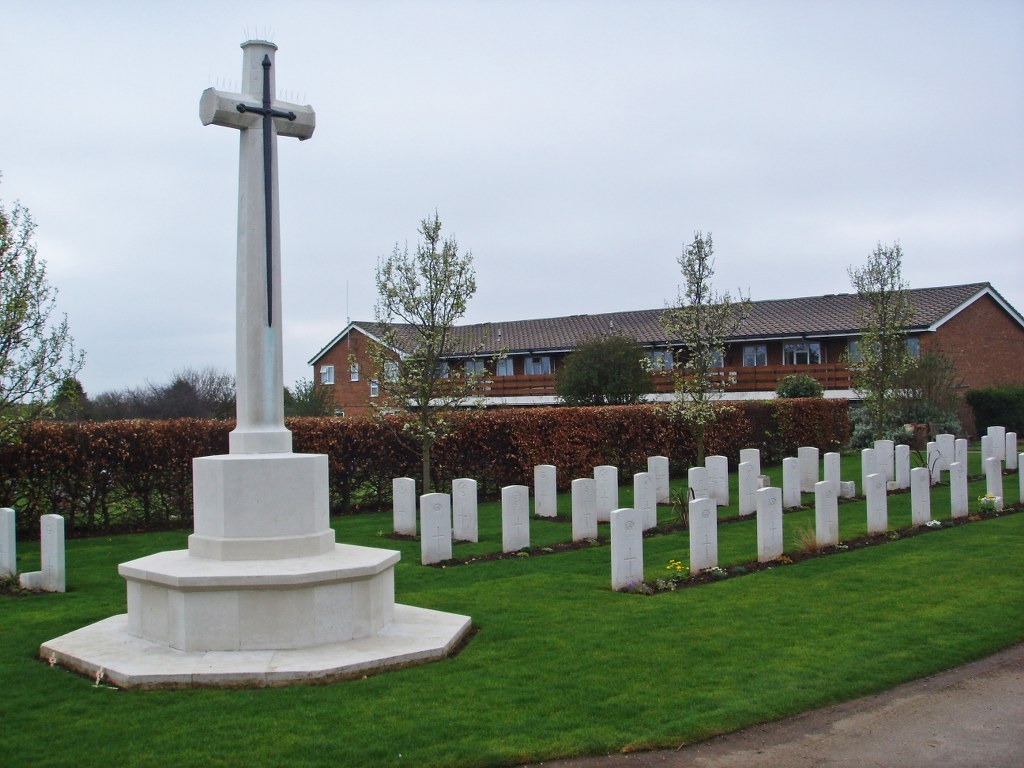 Cleethorpes Cemetery contains 77 First World War burials. Thirty-one men of the 3rd Manchesters, billeted at Cleethorpes, were killed in a zeppelin raid on the 1st April, 1916; 24 are buried in one grave, under a Special Memorial erected by subscription, one (Bodsworth) in another unmarked grave in this cemetery is also named on the memorial. Six were buried elsewhere.

A War Cross is erected on an island site in the main drive.

Of the 80 Second World War burials in the cemetery, 49 form a war graves plot.