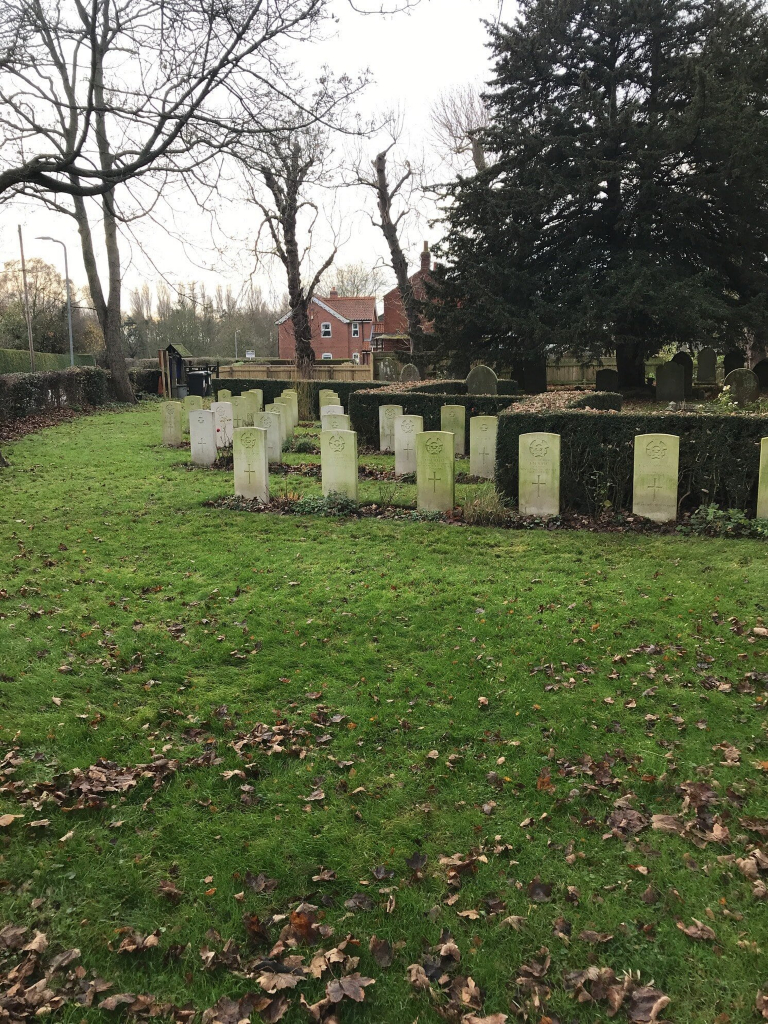 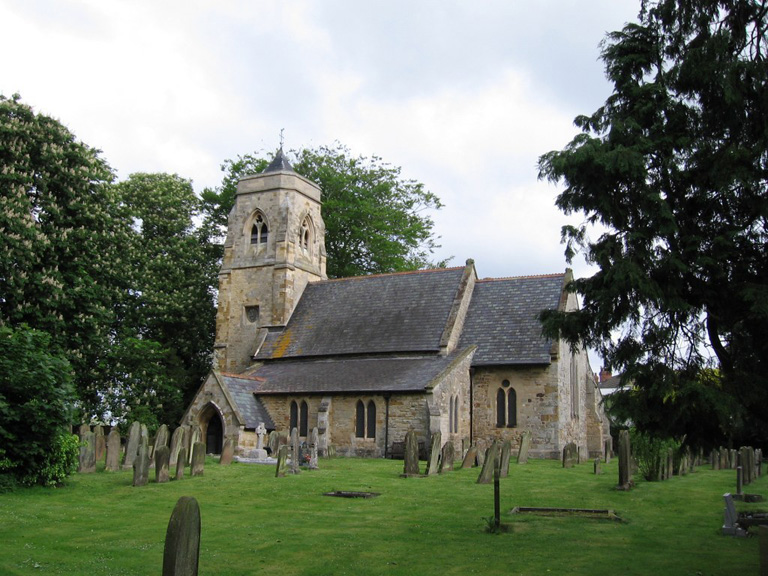 During the Second World War, there was a Royal Air Force station at North Coates and buried in St Nicholas Churchyard are 31 airmen of the Commonwealth air forces and Royal Navy Fleet Air Arm. The burials form a small plot which also includes the graves of three German airmen, one civilian and four service burials from between the wars associated with the RAF station. The churchyard also contains one First World War burial.