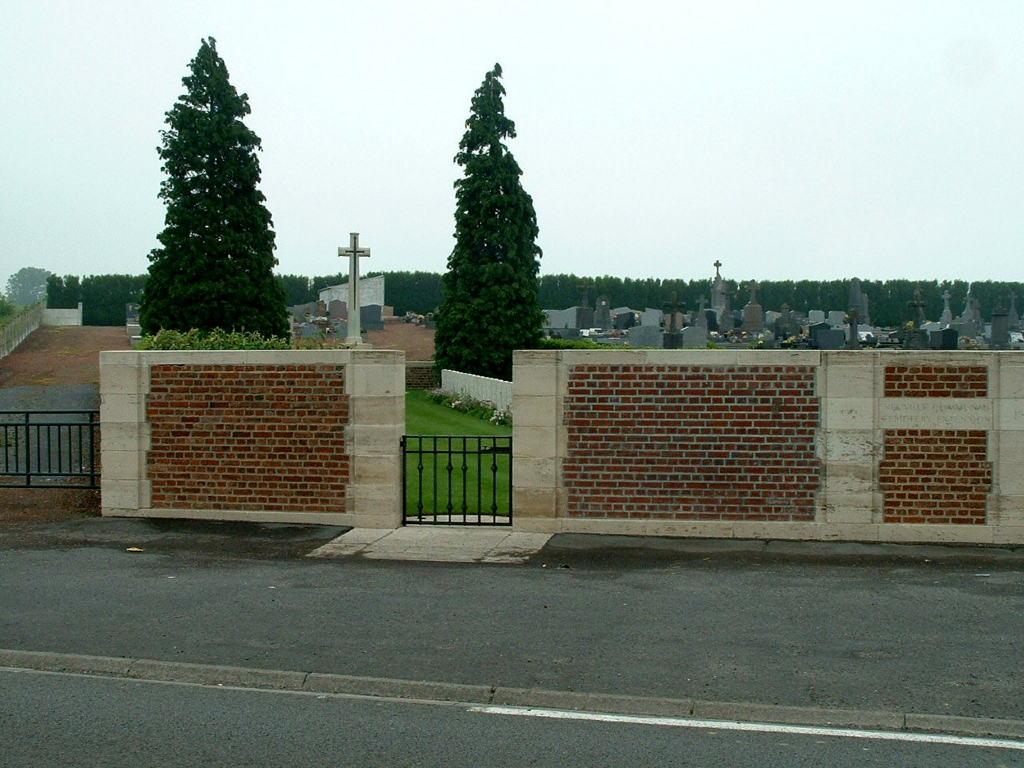 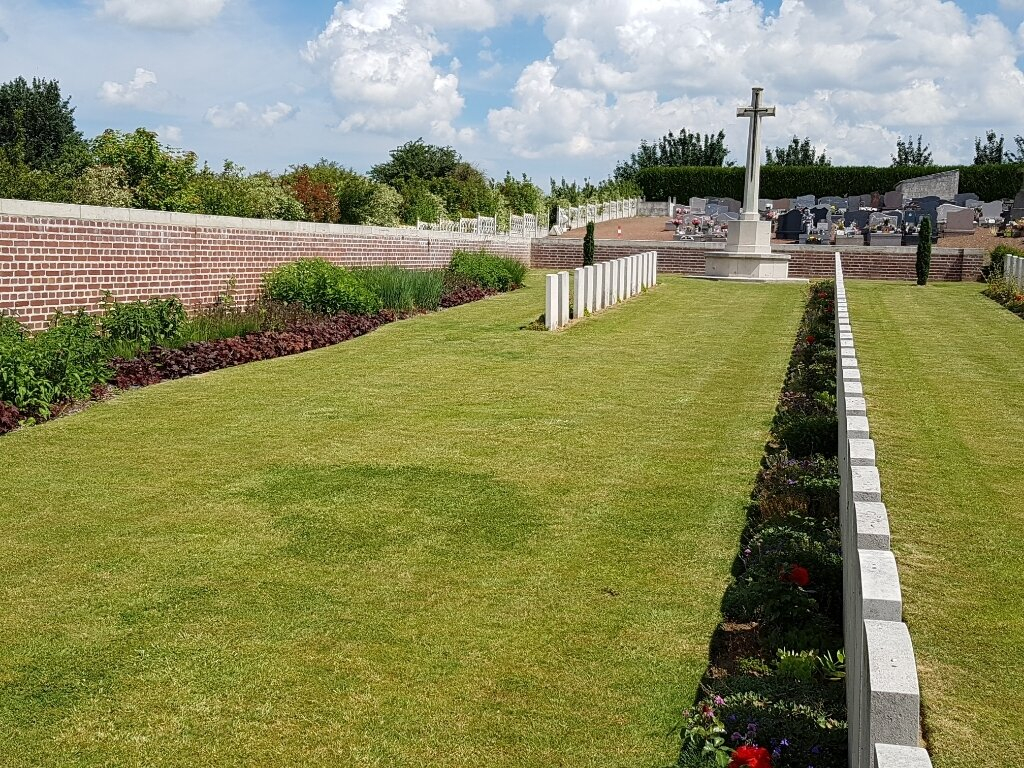 Neuvilly was captured by the 17th Division temporarily on 10 October 1918, and taken finally on 17 October. Burials in two of the three cemeteries made after the fighting were later removed to other burial grounds; buried in the third, the extension to the communal cemetery, are casualties from the period 10 October to 2 November 1918, most of them belonging to the 17th Division, and many to the 12th Manchesters.