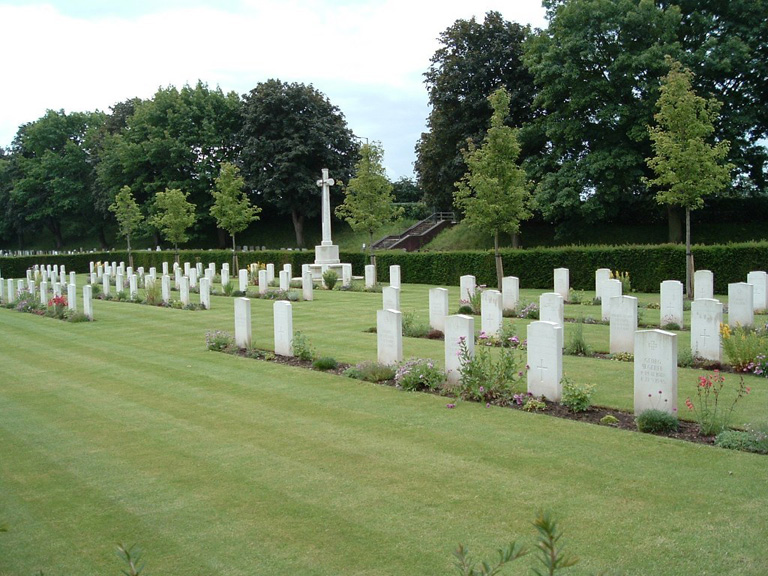 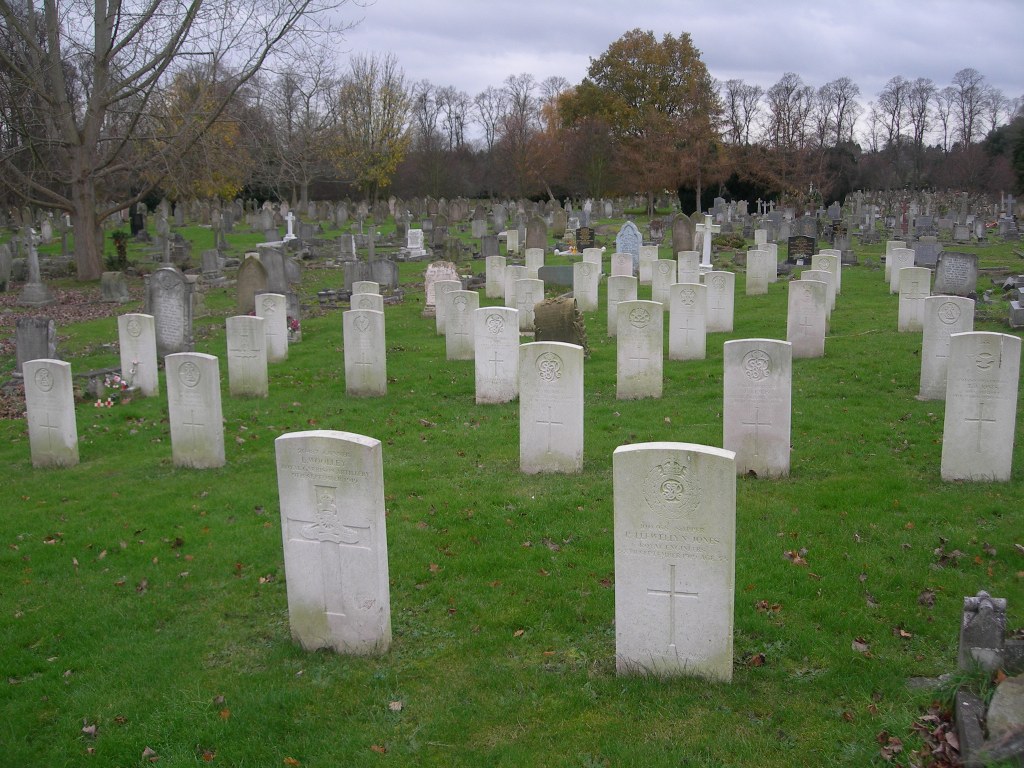 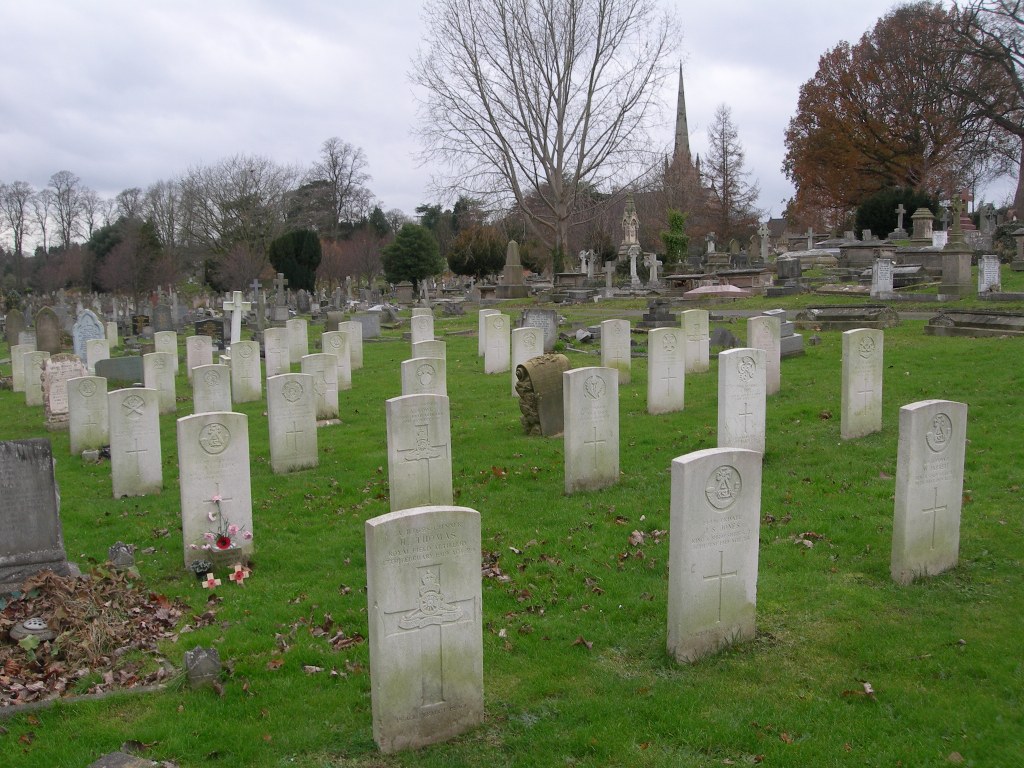 There were military hospitals in Shrewsbury and the surrounding area during both wars. The 125 burials from the First World War are scattered throughout the old part of Shrewsbury General Cemetery with a large group towards the eastern end but there is a war graves plot in the newer part which contains more than half of the 94 Second World War burials. The rest are scattered.

The cemetery also contains 53 war graves of other nationalties, mostly German and Italian. There were a number of prisoner of war camps in the area, including one at Shelton Road, Shrewsbury.