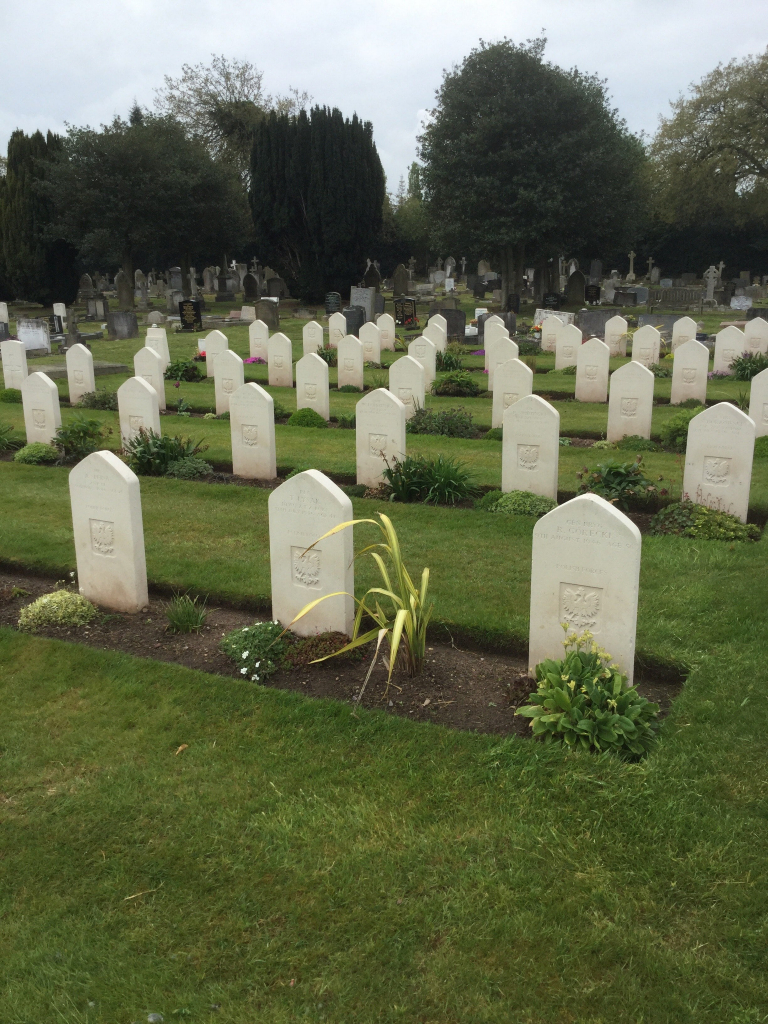 The 24 First World War burials in Whitchurch Cemetery are scattered. The Second World War burials, 15 of them Commonwealth and 52 of them Polish and Czech, are mostly in a special war graves plot at the far end of the cemetery on the right hand side, though a few will be found elsewhere in the cemetery.

The Polish burials were made from No 4 Polish General Hospital which was established at Iscoyal Park, three miles west of Whitchurch.