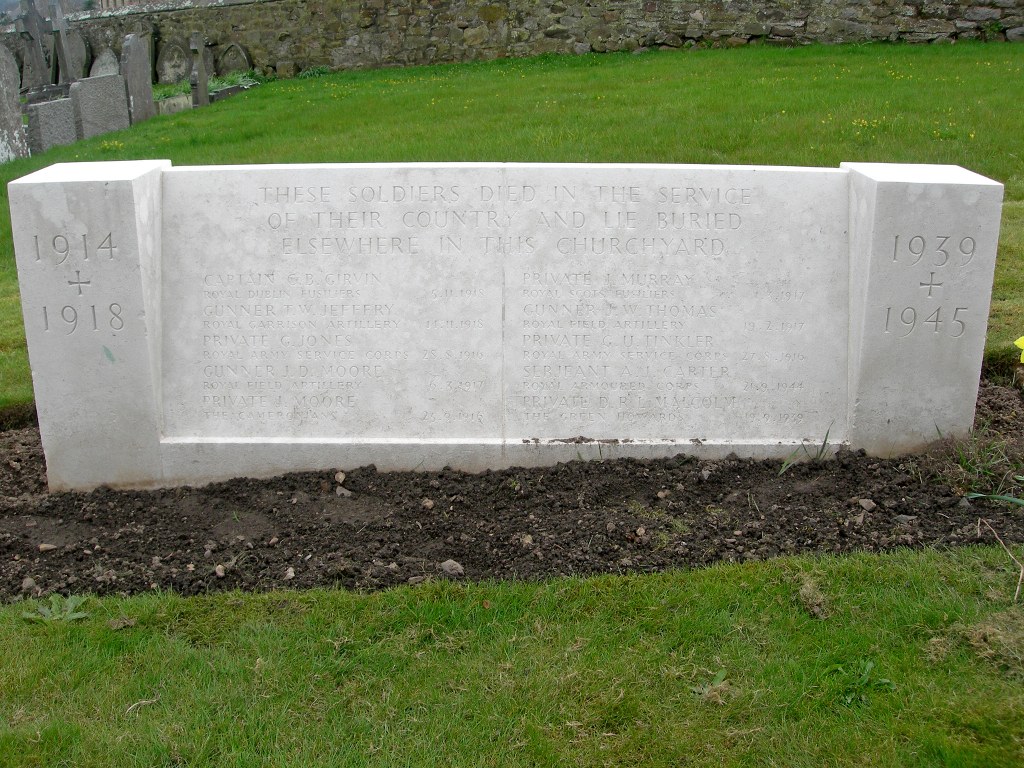 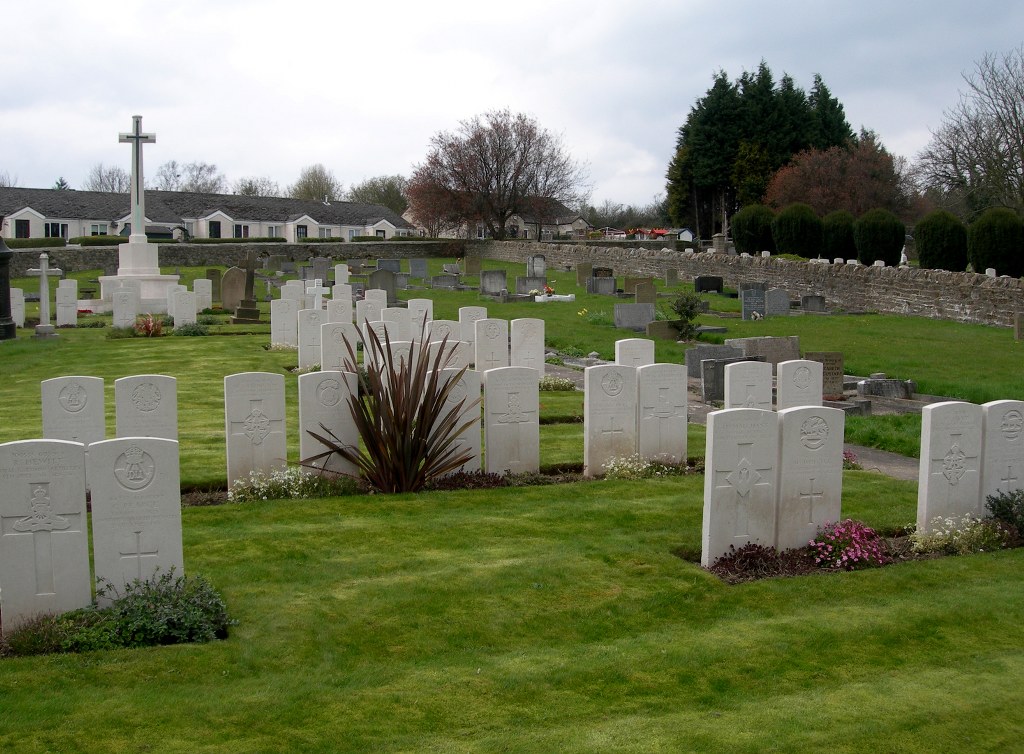 Hipswell (St. John) Churchyard was used for burials from Catterick Military Hospital. It contains 64 First World War Graves (mainly in a plot on the West side, marked by a War Cross). Catterick Camp, formed during the war and now permanent, is in Hipswell and Scotton. Two British soldiers who died in the Second World War are also buried here. Those whose grave are not marked by headstones are named on a screen wall in the cemetery.