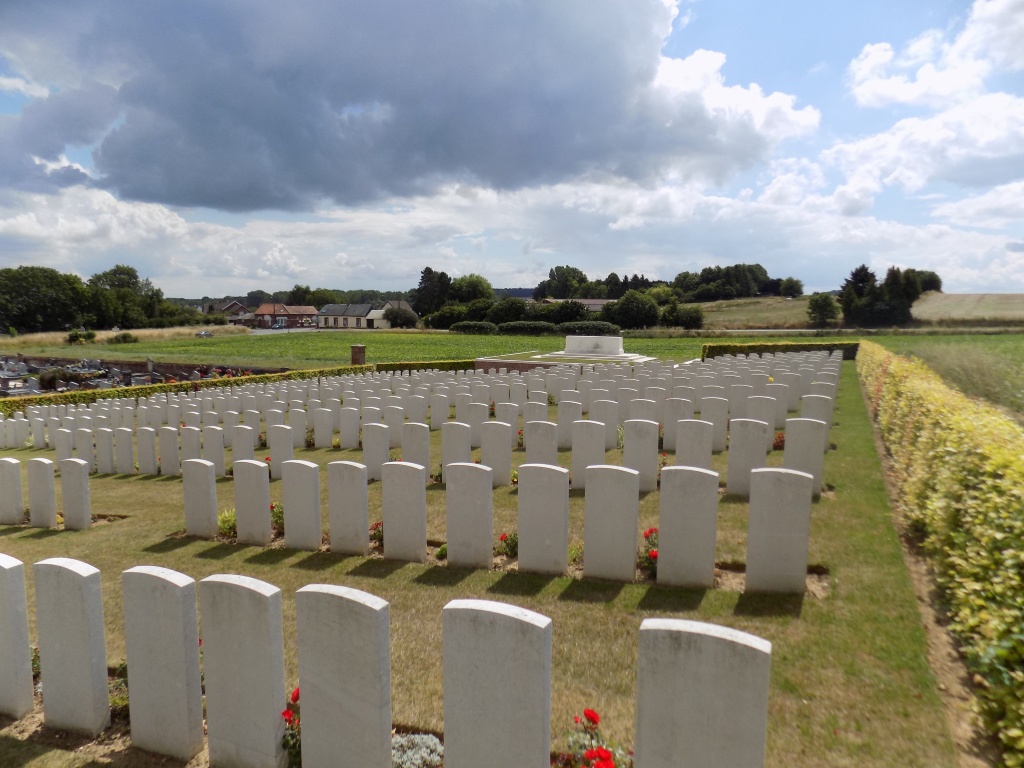 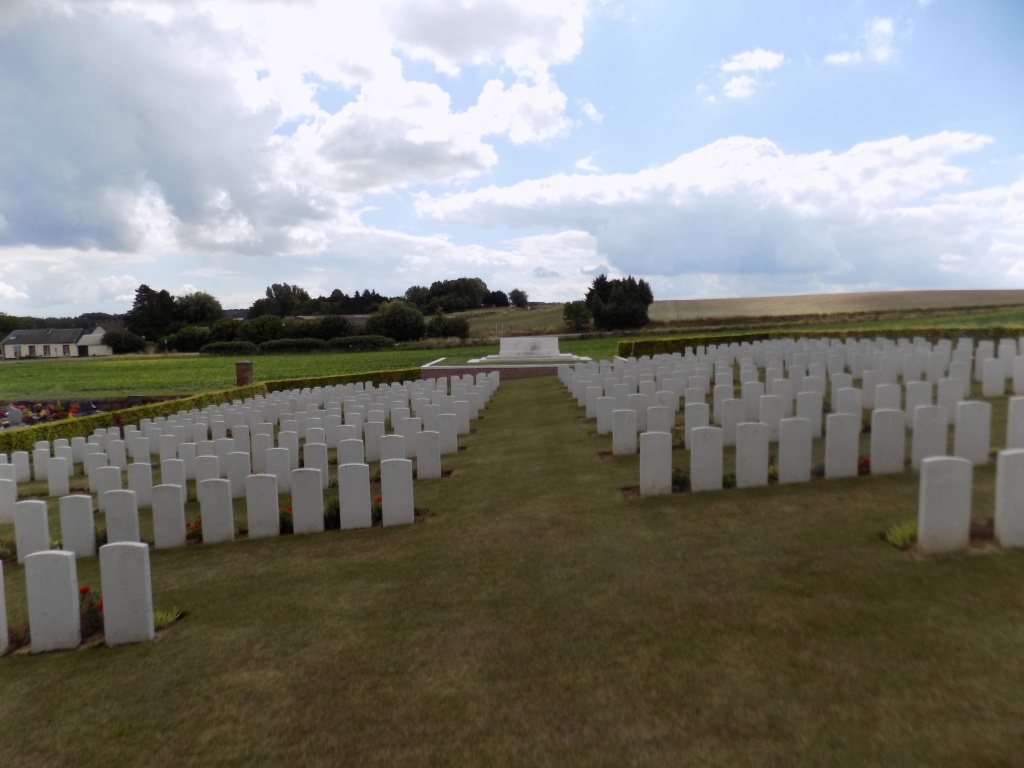 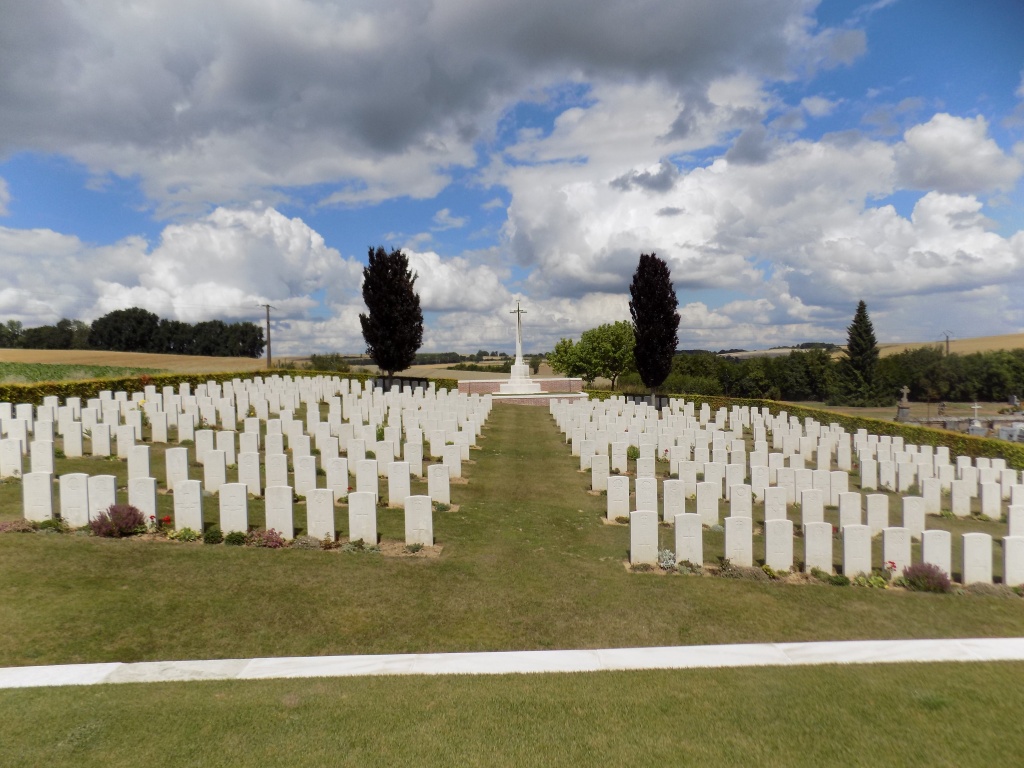 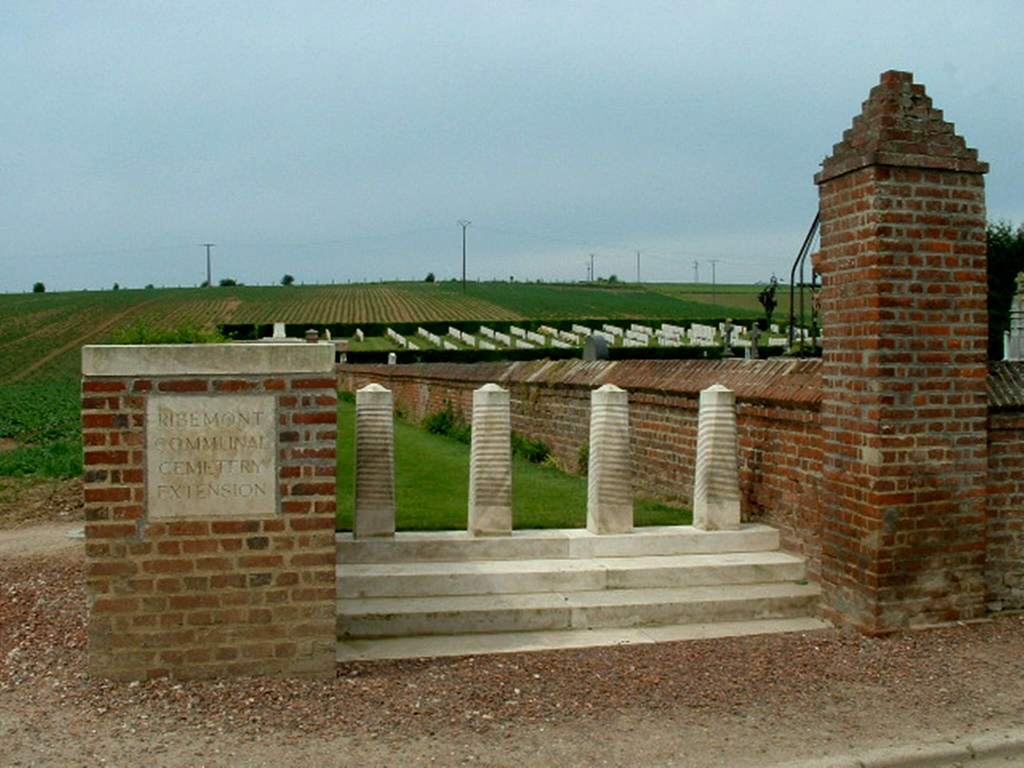 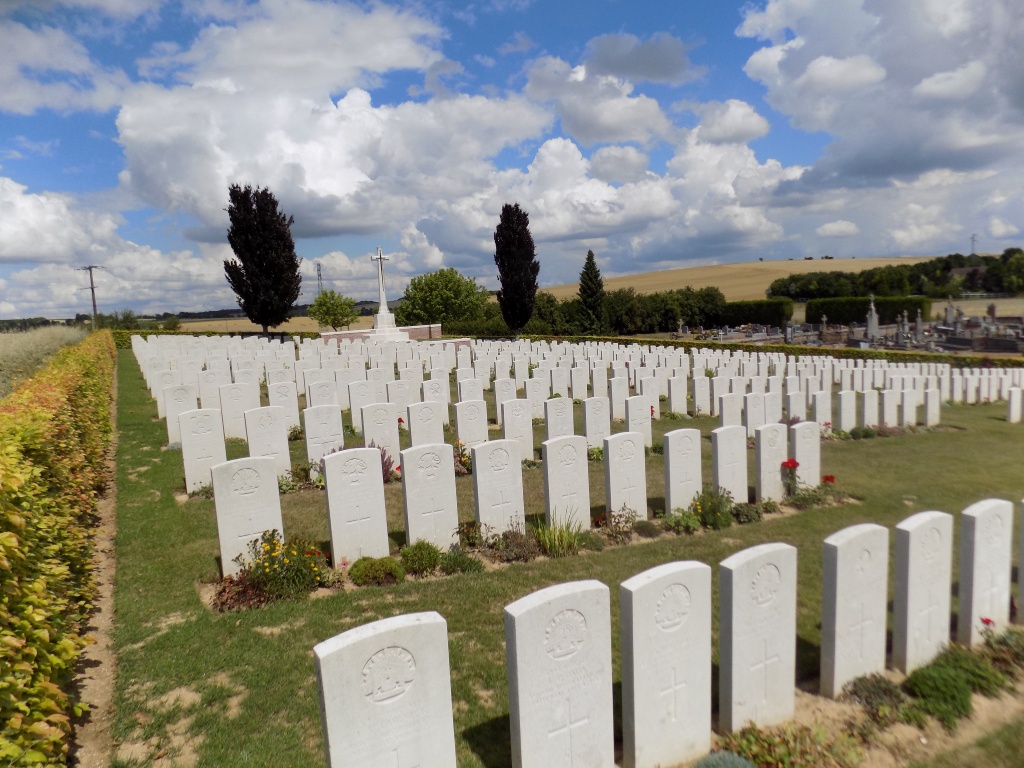 This sector of the front was taken over by the Commonwealth forces in the early summer of 1915, when Mericourt-Ribemont Station, on the railway line from Amiens to Albert, became a railhead. However, it was not until the German advance at the end of March 1918 that the first burials were made at Ribemont, initially in the communal cemetery itself. The extension was begun in May and used until August 1918, when 68 burials were carried out by units engaged in the defence of Amiens. It was greatly enlarged after the Armistice when graves were brought in from the battlefields of 1918 east of Ribemont and from other cemeteries, including:-

HEILLY BRITISH CEMETERY No.2 (so called in relation to Heilly Station Cemetery), which was in the grounds of Heilly Chateau. It was made by units in April-August 1918, and it contained the graves of 79 soldiers from Australia and 24 from the United Kingdom.

HENENCOURT WOOD CEMETERY, was about 800 metres West of Henencourt, in the Wood. It was used by units and Field Ambulances from June 1916 to August 1918, and it contained the graves of 71 soldiers from the United Kingdom, 34 from Australia, one from Canada, one from South Africa, and one of an unknown unit.

In 1929, the burials in the communal cemetery were also moved into the extension.

The extension now contains 498 burials and commemorations of the First World War. 36 of the burials are unidentified and there are special memorials to two soldiers whose graves in the communal cemetery could not be found, and to 16 buried in other concentrated cemeteries whose graves were destroyed in later battles.