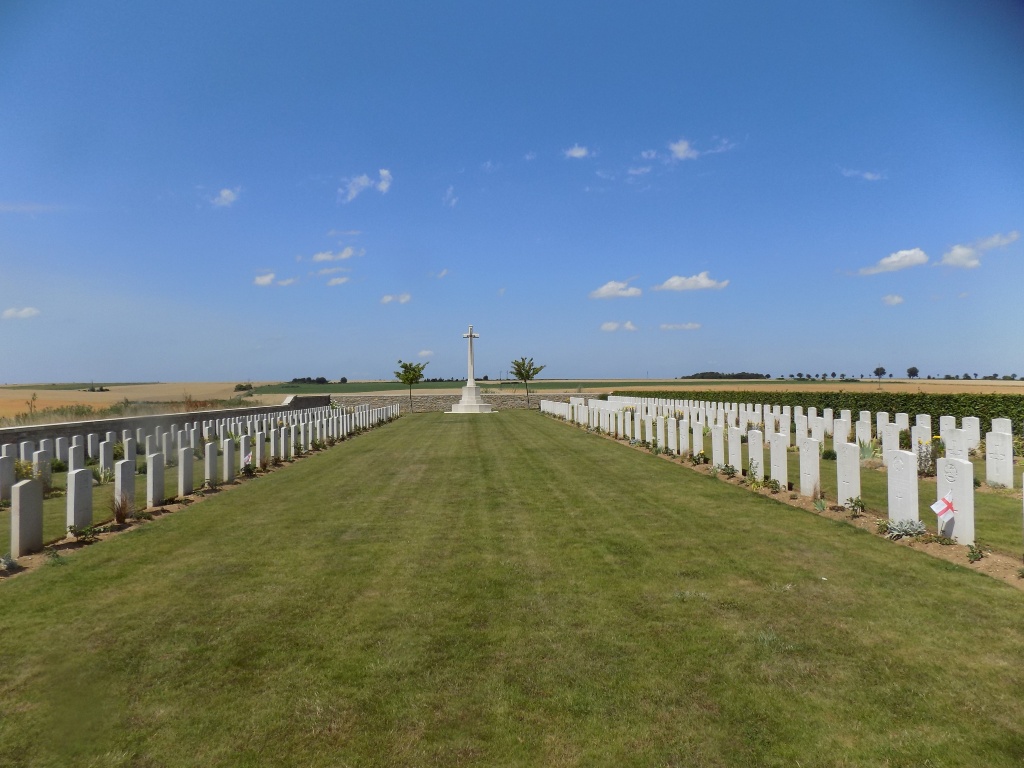 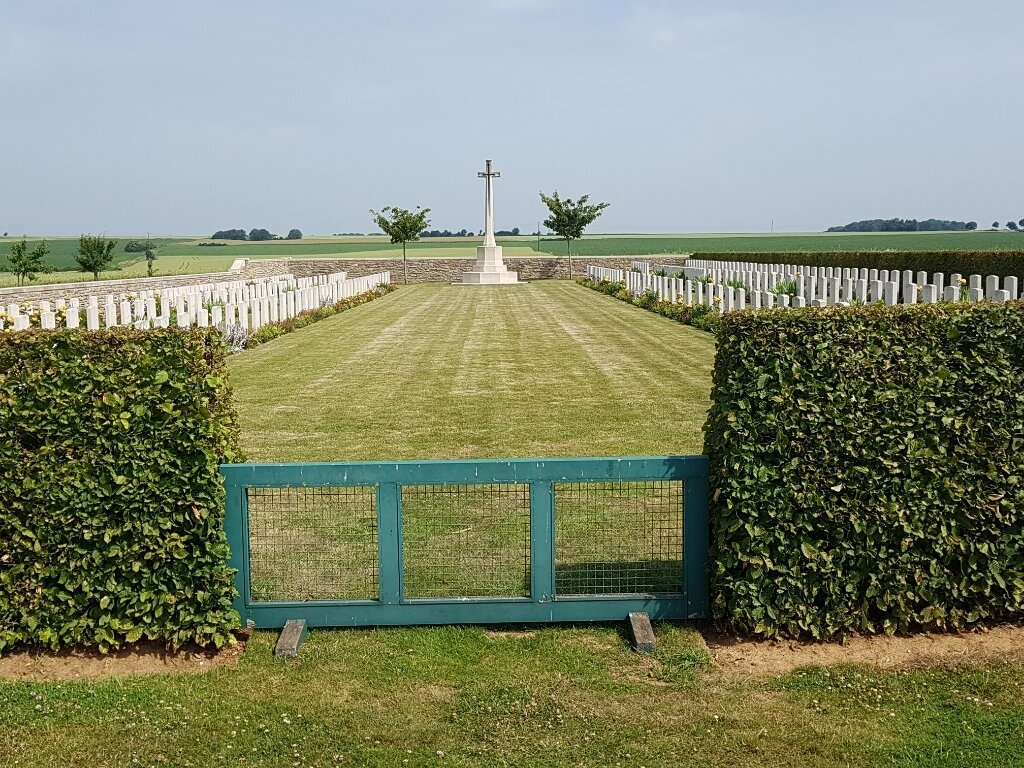 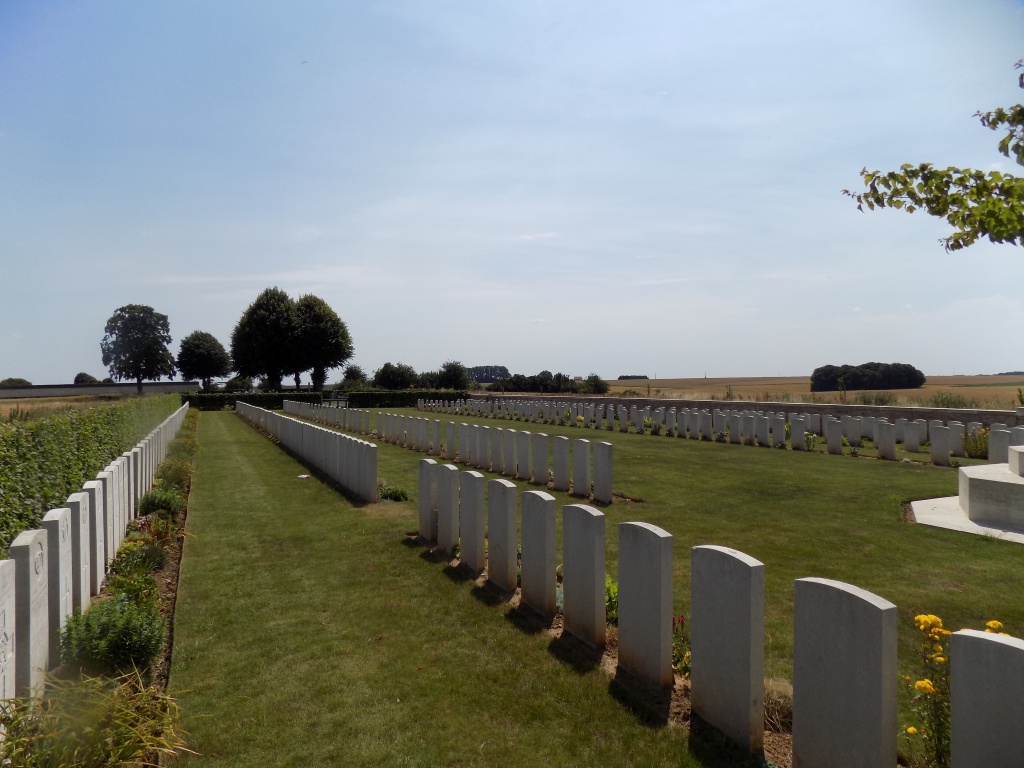 Millencourt is a village which lies approximately 2 kilometres west of Albert on the D91. Millencourt Communal Cemetery Extension lies to the north of the village on the road to Henencourt.

The communal cemetery was used by units and field ambulances from August 1915 to May 1916, and again in April 1918, but after the Armistice the 64 burials were moved into the extension. The extension was used by units, field ambulances, and the III Corps Main Dressing Station in 1916, and by the 4th Australian Division and other units in March and April 1918. Millencourt Communal Cemetery Extension now contains 340 Commonwealth burials of the First World War, and five German burials. The extension was designed by Sir Reginald Blomfield.