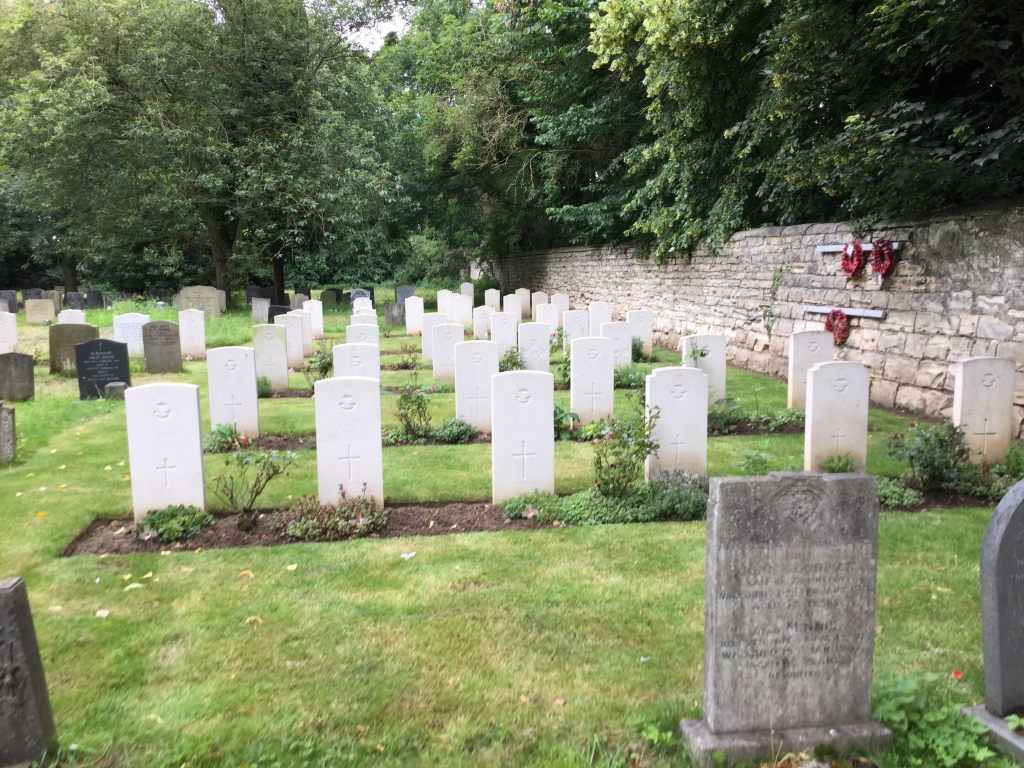 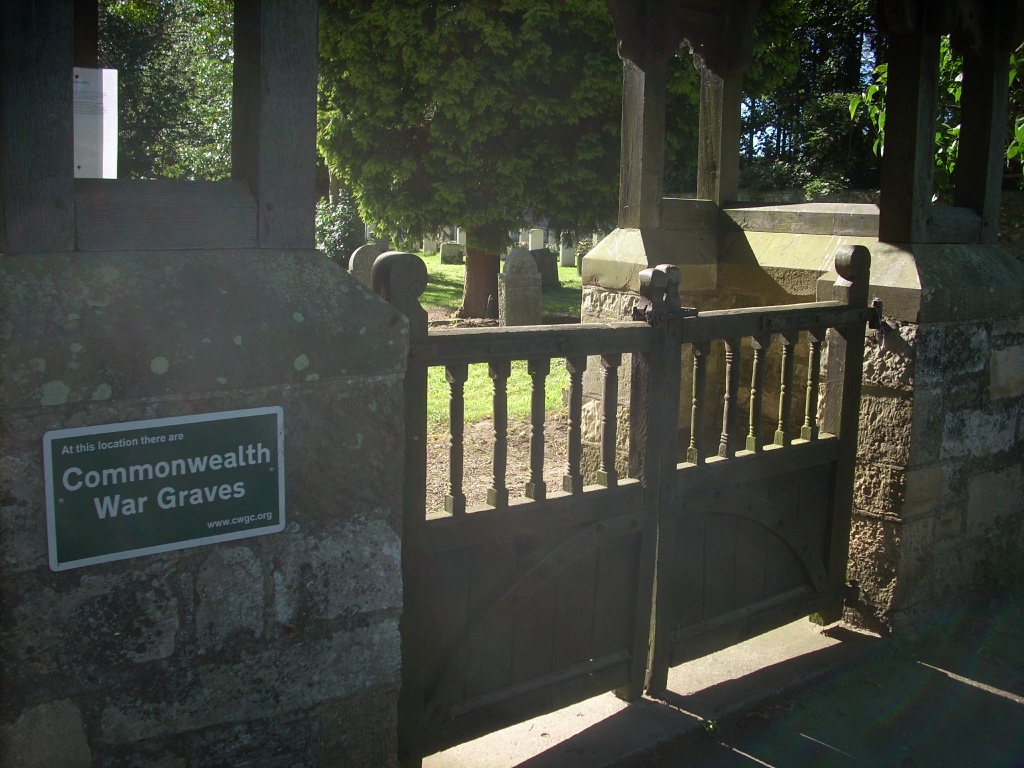 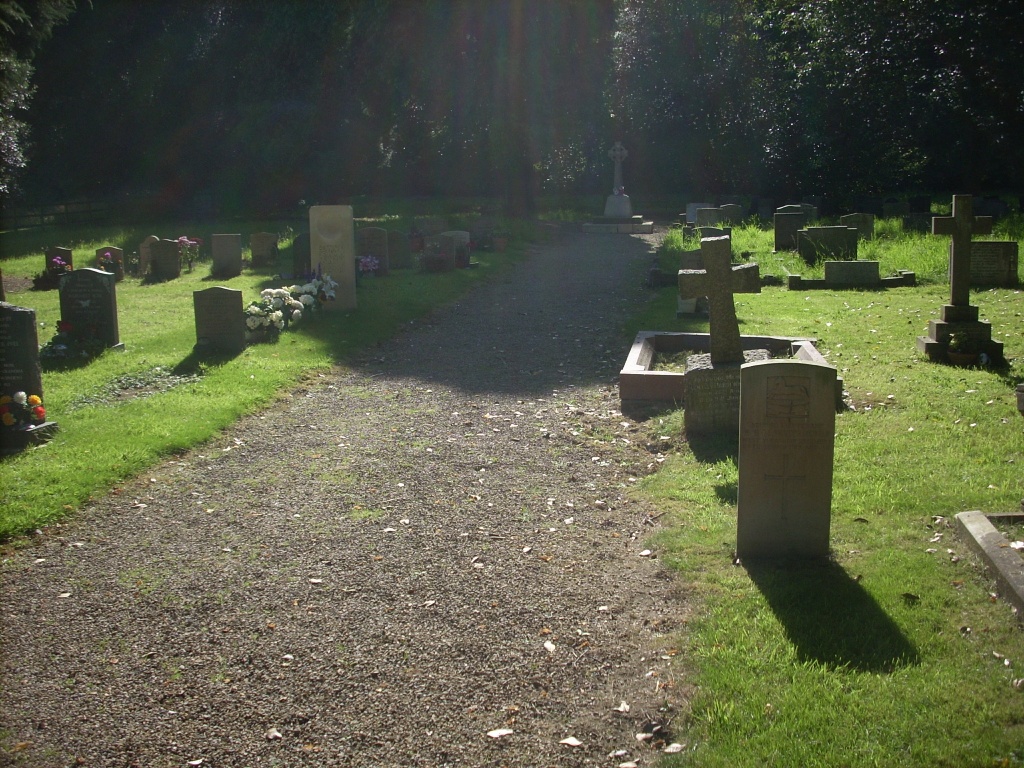 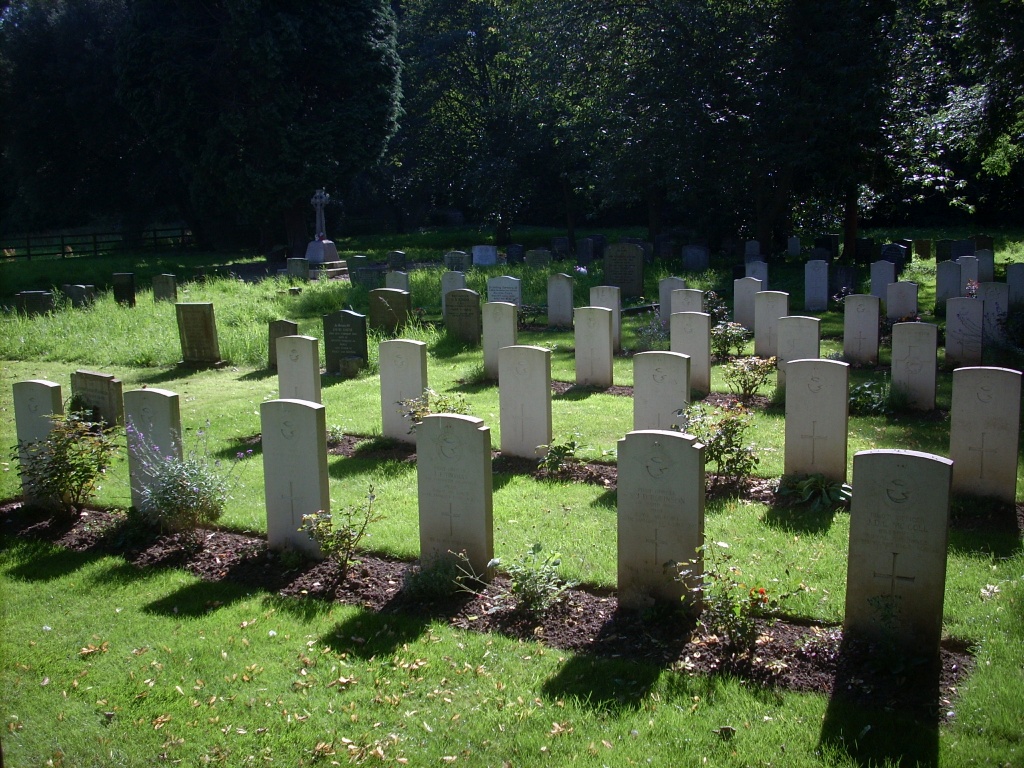 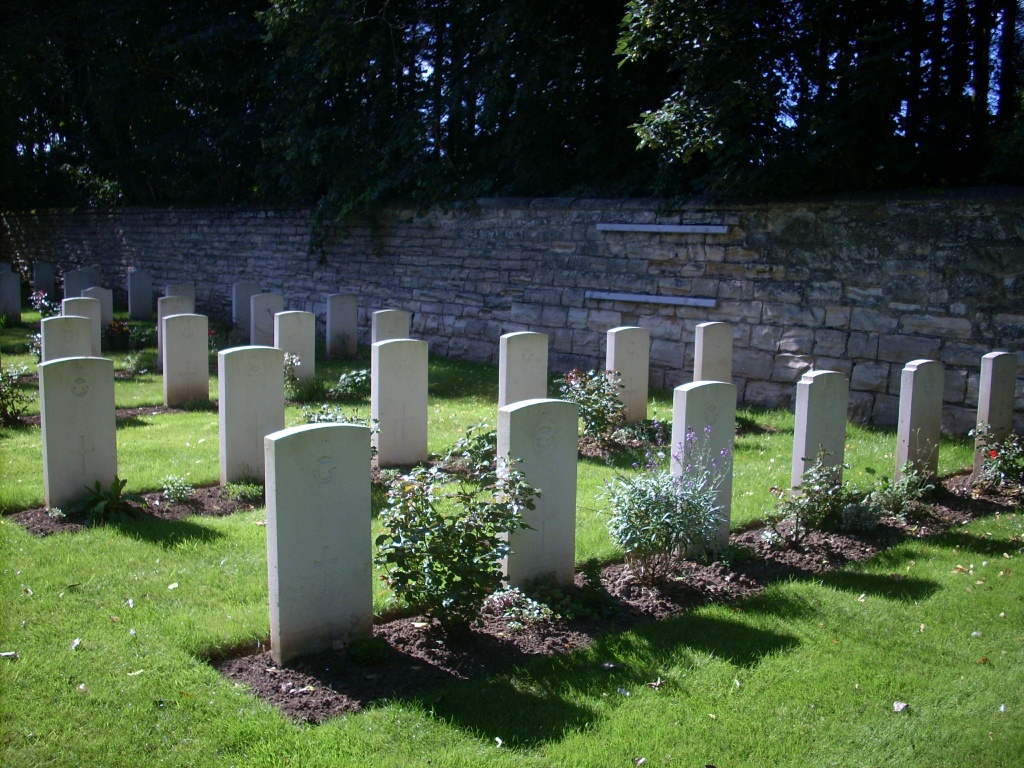 The graves of 23 airmen of the 1939-1945 War are in a special group on a portion of land set aside by the Parochial Church Council for the use of the Royal Air Force Fighter Sector Station at Church Fenton, Tadcaster. Also buried in this group are two Pilot Officers belonging to the R.A.F. who were killed in an aircraft accident on 30th January 1939. The extension also contains the grave of one British soldier who died during the 1914-1918 War.