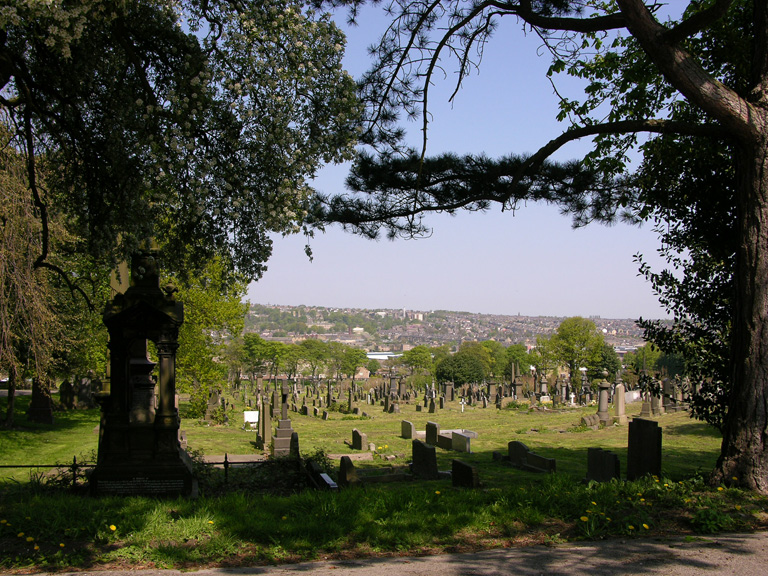 Military hospitals were opened in Bradford in both wars and many of the 138 First World War burials in Bradford (Scholemoor) Cemetery were from the 1,200 bed Bradford War Hospital. The burials are scattered throughout the cemetery and two screen walls record the names of those casualties whose graves could not be marked individually, and a single Special Memorial stone commemorates 4 of the burials in the cemetery. The cemetery also contains 97 scattered burials of the Second World War. A Cross of Sacrifice faces the main entrance. Bradford Crematorium stands within this cemetery and a screen wall in the garden of rest commemorates two casualties of the First World War and 45 from the Second whose remains were cremated.