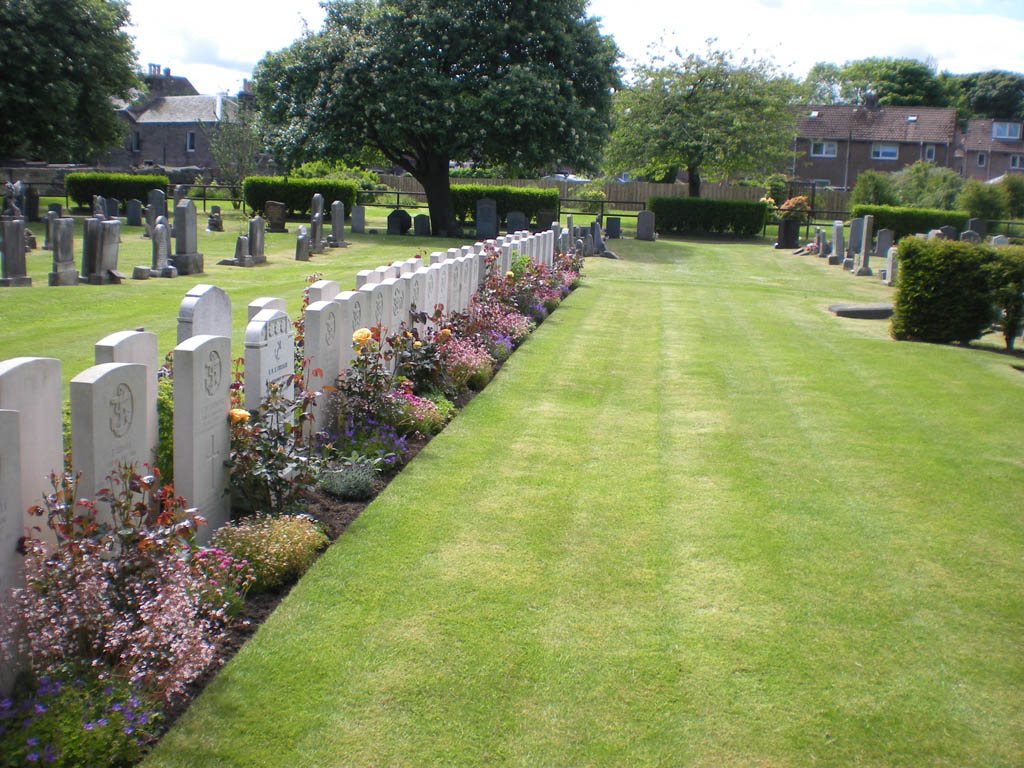 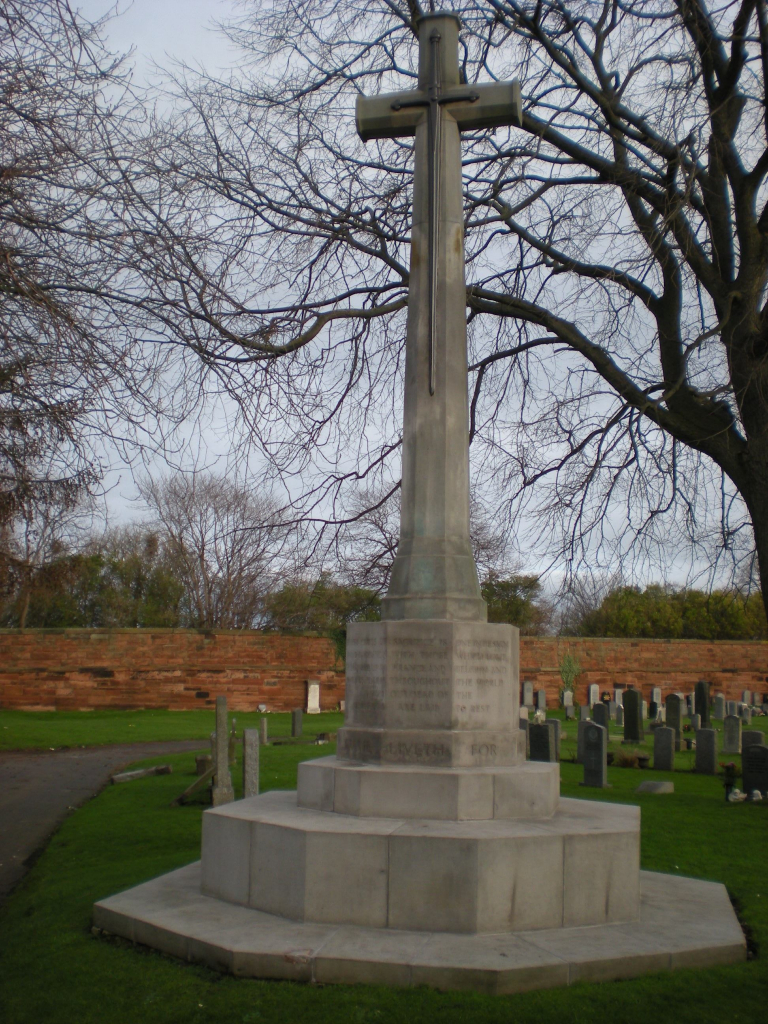 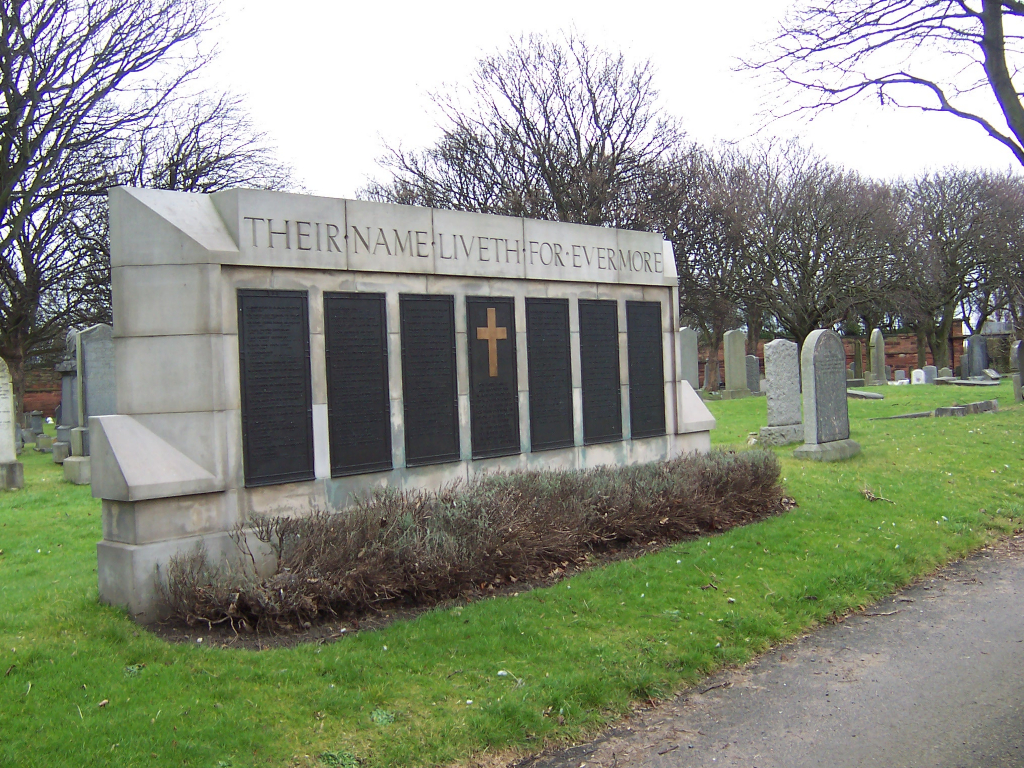 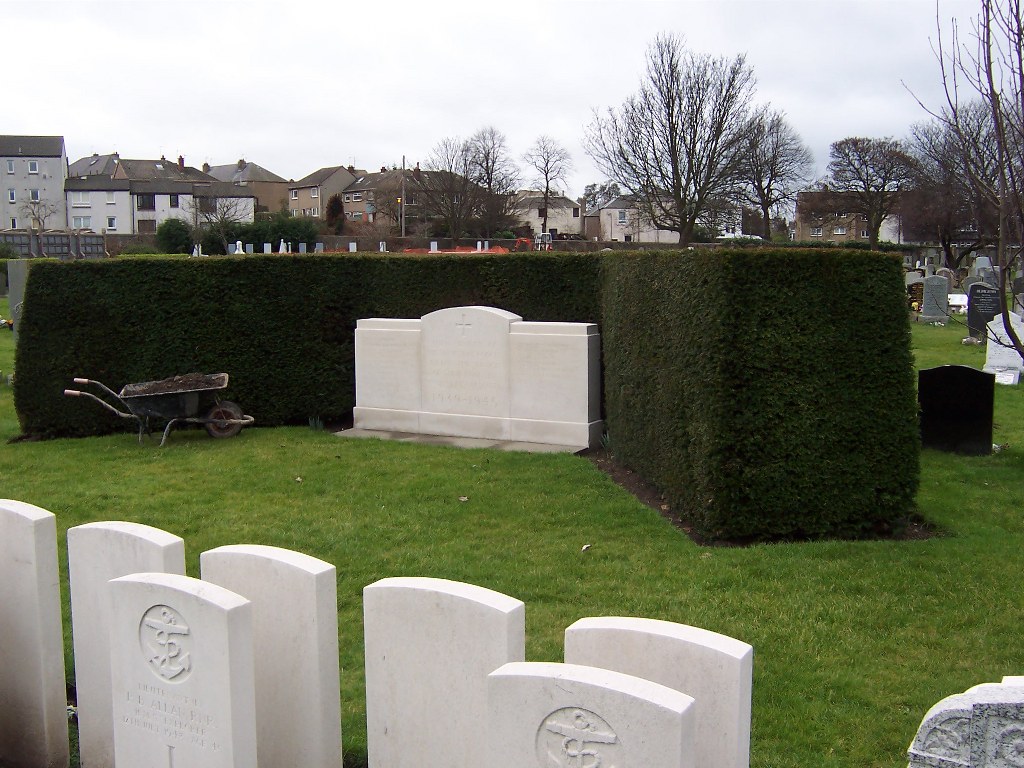 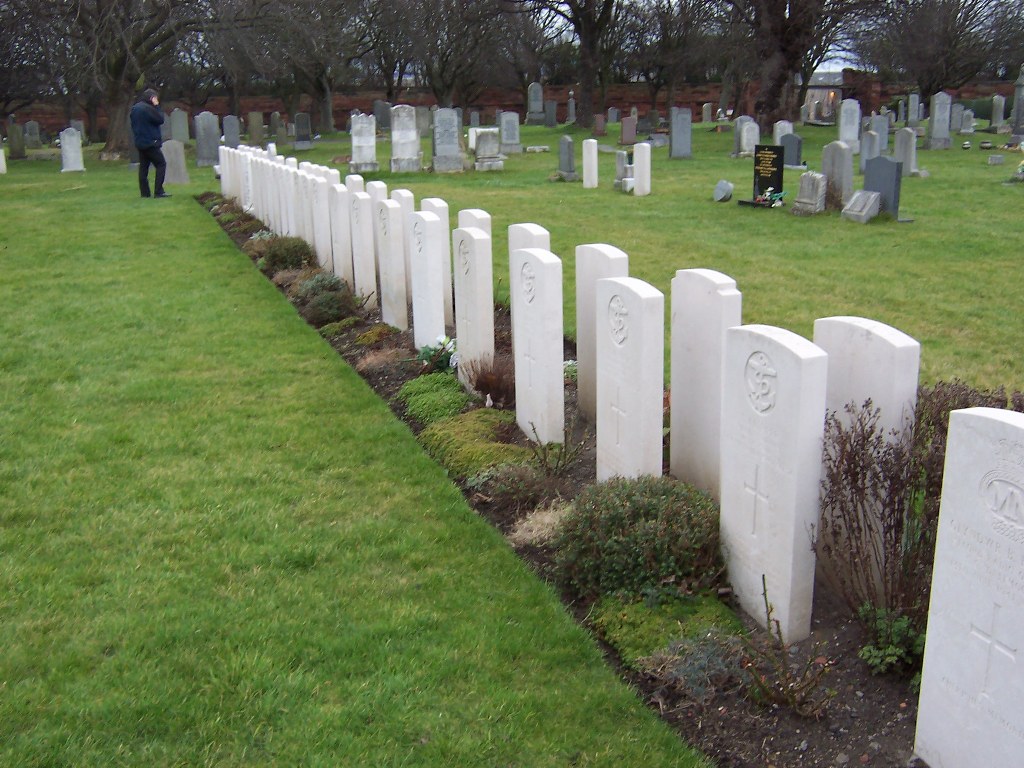 The cemetery is located in Leith, to the east of the city centre, close to the Firth of Forth. The main entrance, which is signposted, is on A199 Seafield Road. A second entrance is on Claremont Park.

Please note, parking is possible on the internal cemetery roads, but due to the presence of the crematorium, they can be busy at times. There are two maintained plots of CWGC graves in this cemetery, a screen wall, a Cross of Sacrifice, a cremation memorial and many scattered graves.

There are also two war graves of other nationalities and three non-war service burials.

EDINBURGH (SEAFIELD) CREMATORIUM stands within the cemetery and 21 servicemen and women of the Second World War whose remains were cremated there are commemorated on a screen wall opposite the war graves plot in Section P.