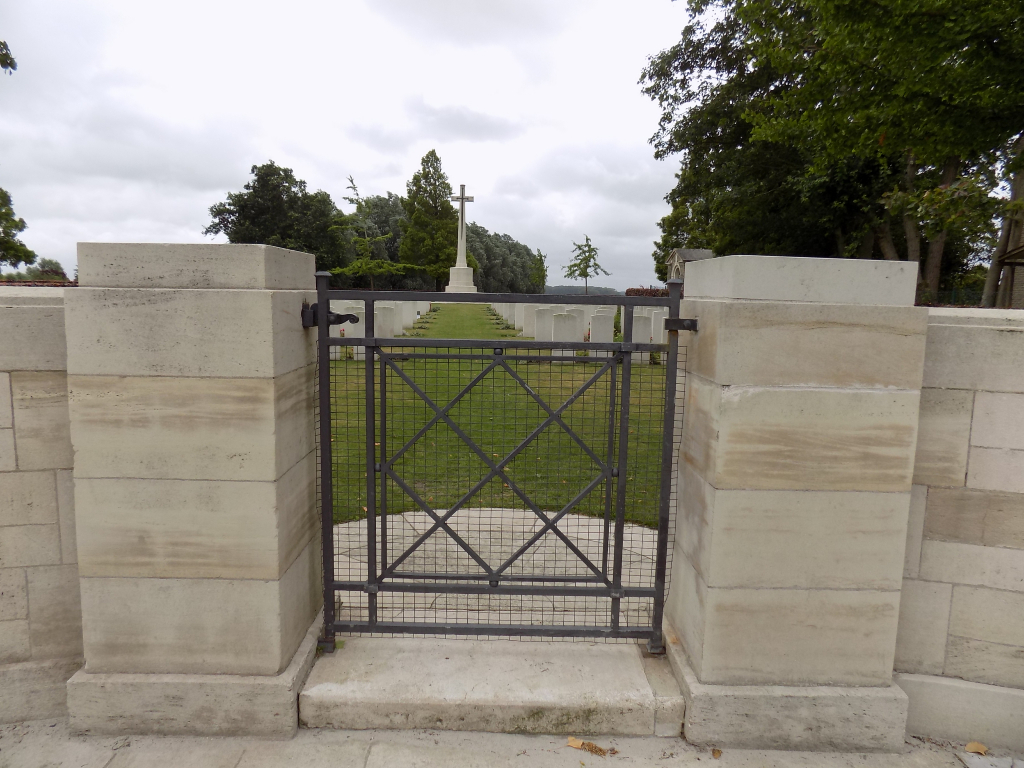 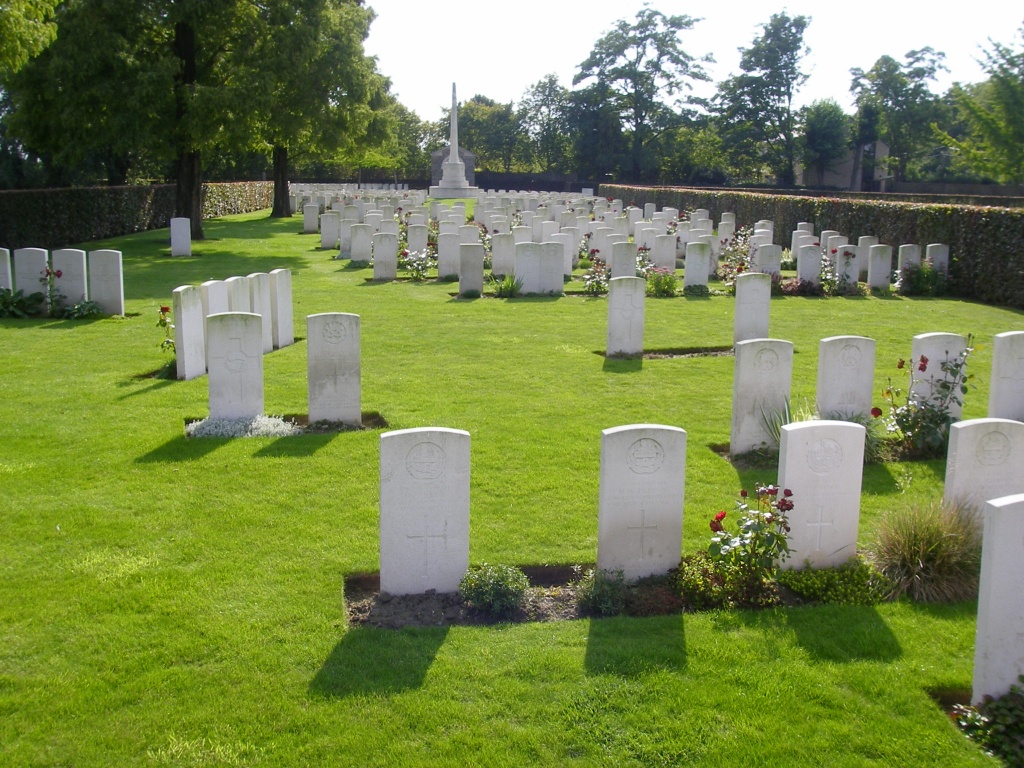 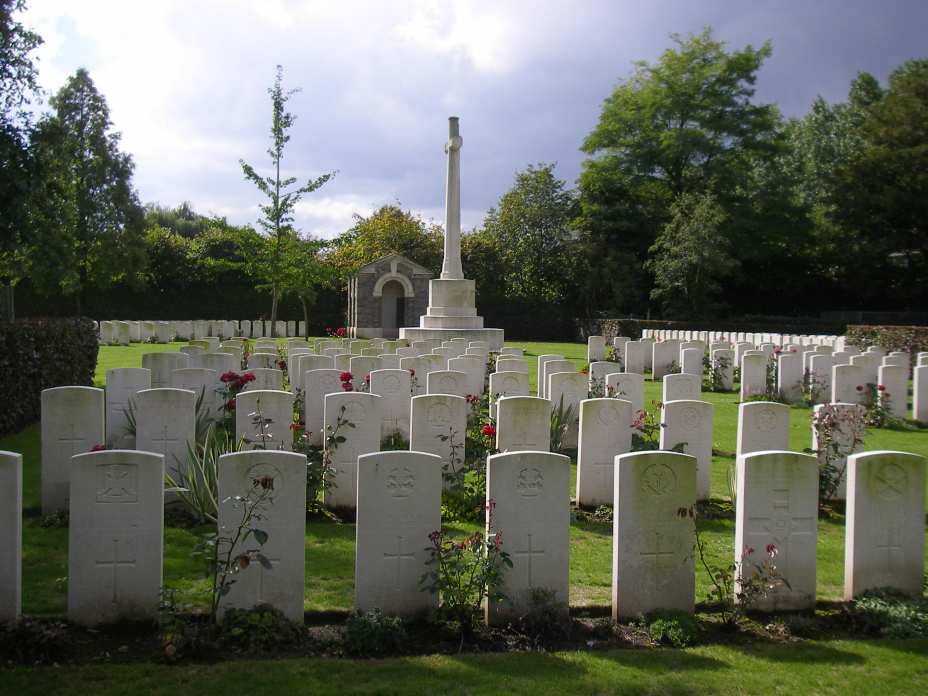 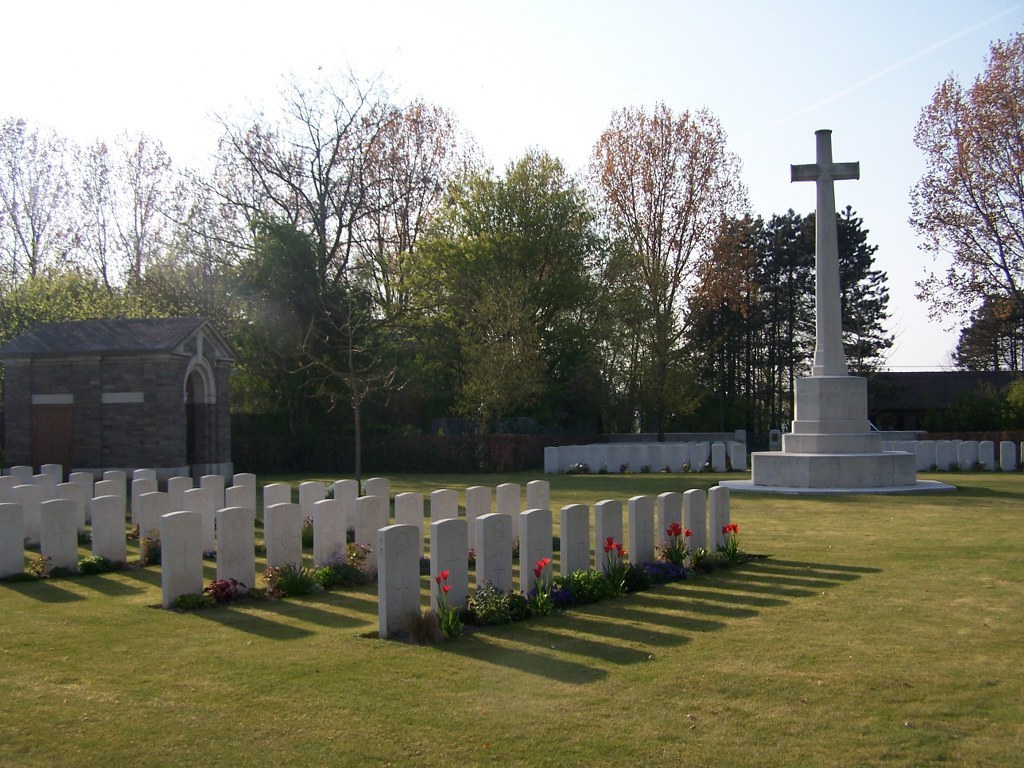 The cemetery is located to the North-East of the town of Ieper. From the station turn left and drive along M.Fochlaan to the roundabout, turn right and go to the next roundabout. Here turn left into M.Haiglaan and drive to the next roundabout. Here turn right into Oude Veurnestraat, this then changes into Diksmuidseweg and Brugseweg drive along this road to the traffic lights. Straight over the lights to the end of the road. At the T junction turn left (still Brugseweg) and continue along this road through the village of Sint Jan (N313). After the village you come to a fork in the road, take the right hand fork and the cemetery is 50 metres along on the right hand side.

Oxford Road was the name given to a road running behind the support trenches, from a point west of the village of Wieltje south-eastwards to the Potijze-Zonnebeke road. Plot I is the original Oxford Road Cemetery and was used by the units fighting on this front from August 1917 to April 1918. In October 1917, another cemetery, known as Oxford Road Cemetery No.2, was started close by and now forms Plot V of the cemetery as it appears today. After the Armistice, Plots II, III and IV were added when scattered graves from the battlefields east and south-east of Ypres (now Ieper) were brought into the cemetery. There are now 851 Commonwealth casualties of the First World War buried or commemorated in this cemetery. 297 of the burials are unidentified and special memorials commemorate three casualties known to have been buried in the cemetery, but whose graves could not be located. The cemetery was designed by Sir Reginald Blomfield.