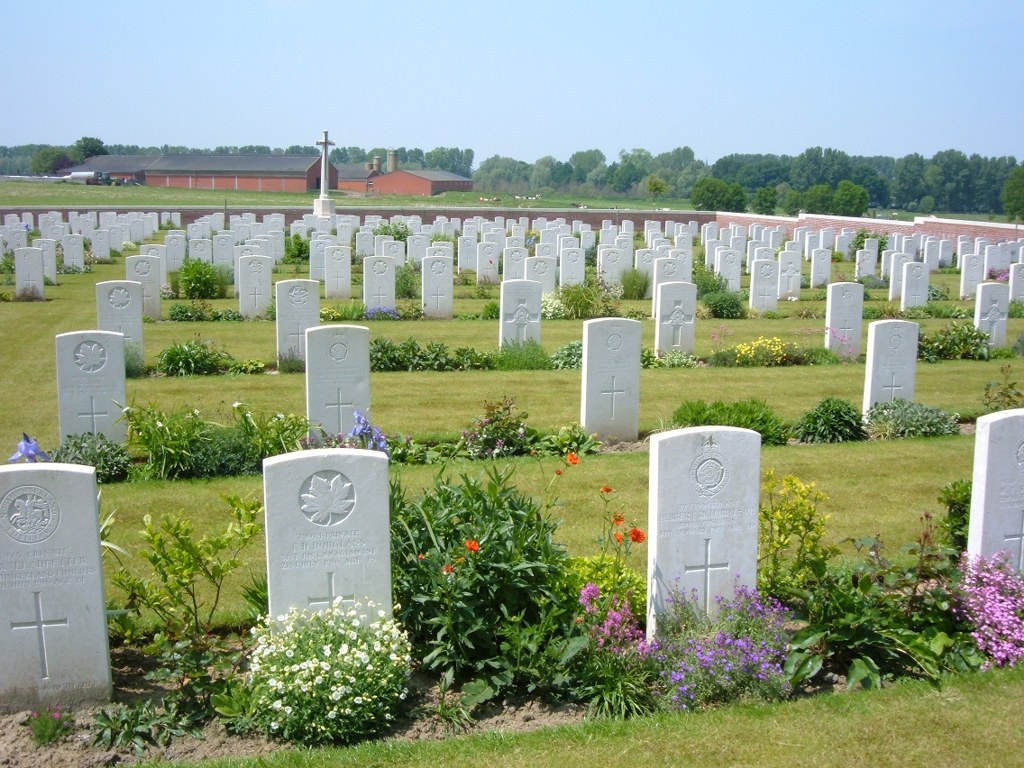 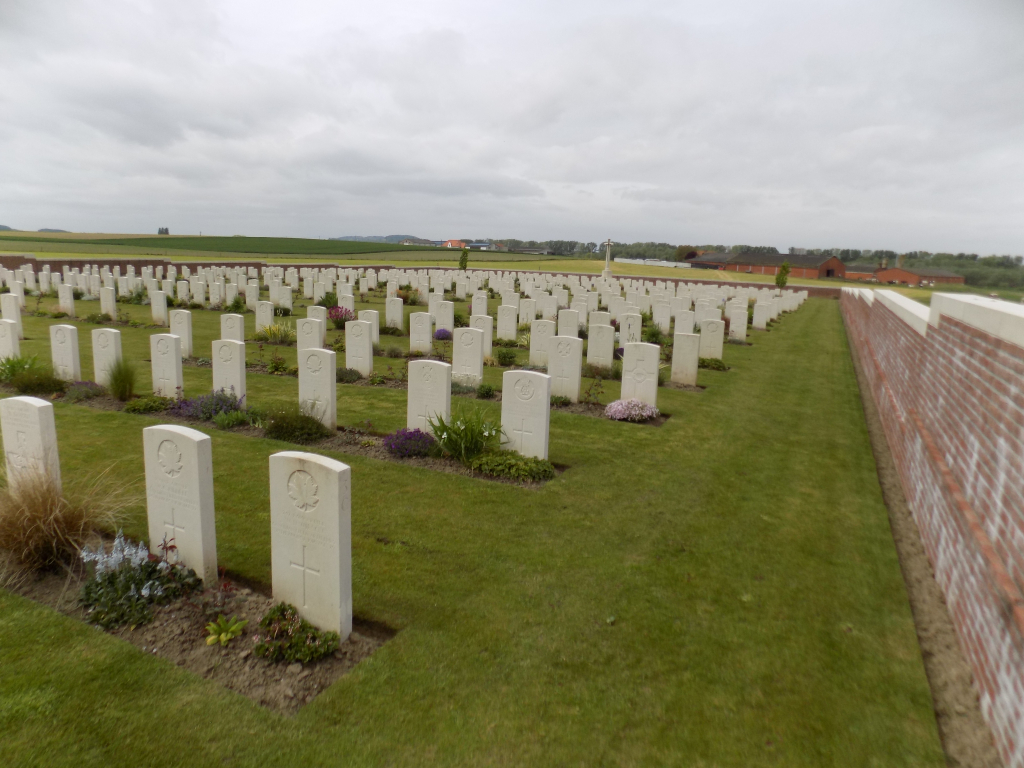 Ridge Wood was the name given to a wood standing on high ground between the Kemmel road and Dickebusch Lake. The cemetery lies in a hollow on the western side of the ridge and the position was chosen for a front line cemetery as early as May 1915. The first graves were from the 2nd Royal Irish Rifles and similar groups were made by the 18th, 19th, 20th and 21st Canadian Battalions and the 9th Durham Light Infantry at the times when they occupied this sector. The German advance in the spring of 1918 pushed the front line back on to the ridge, and it was not till July that the wood was finally cleared by the 6th and 33rd Divisions. There are few burials from these last battles in the cemetery and the graves of some French divisions, which fought alongside Commonwealth forces in April and May, were removed to other burial grounds. The cemetery contains 619 Commonwealth burials of the First World War. The cemetery was designed by Sir Edwin Lutyens.