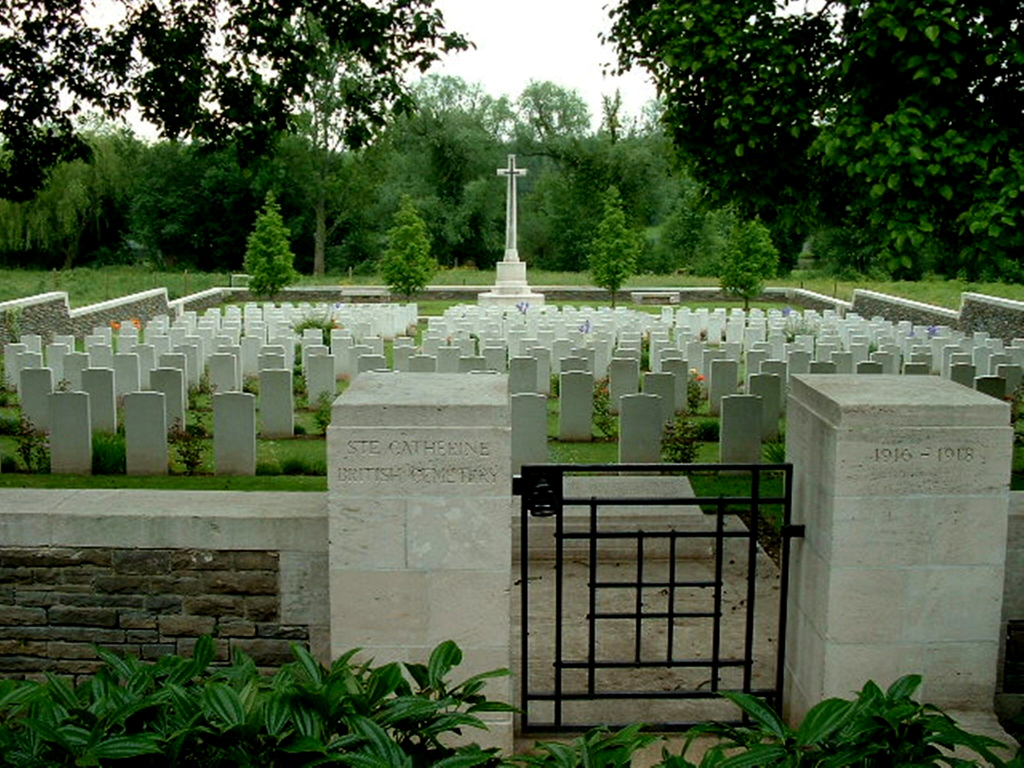 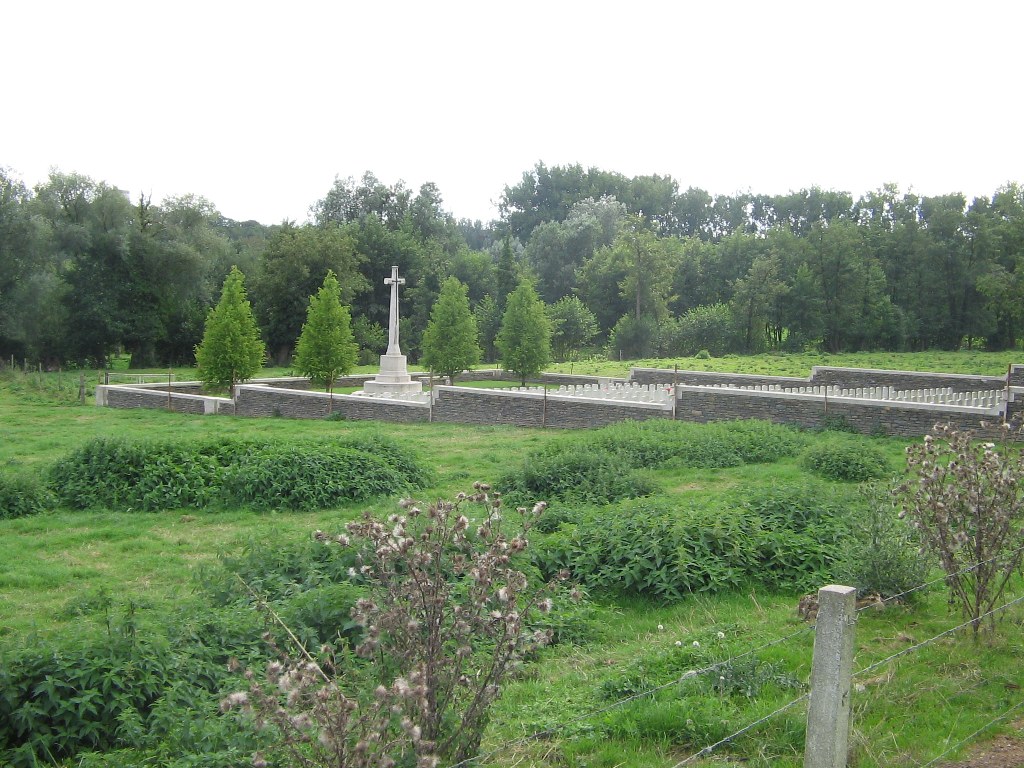 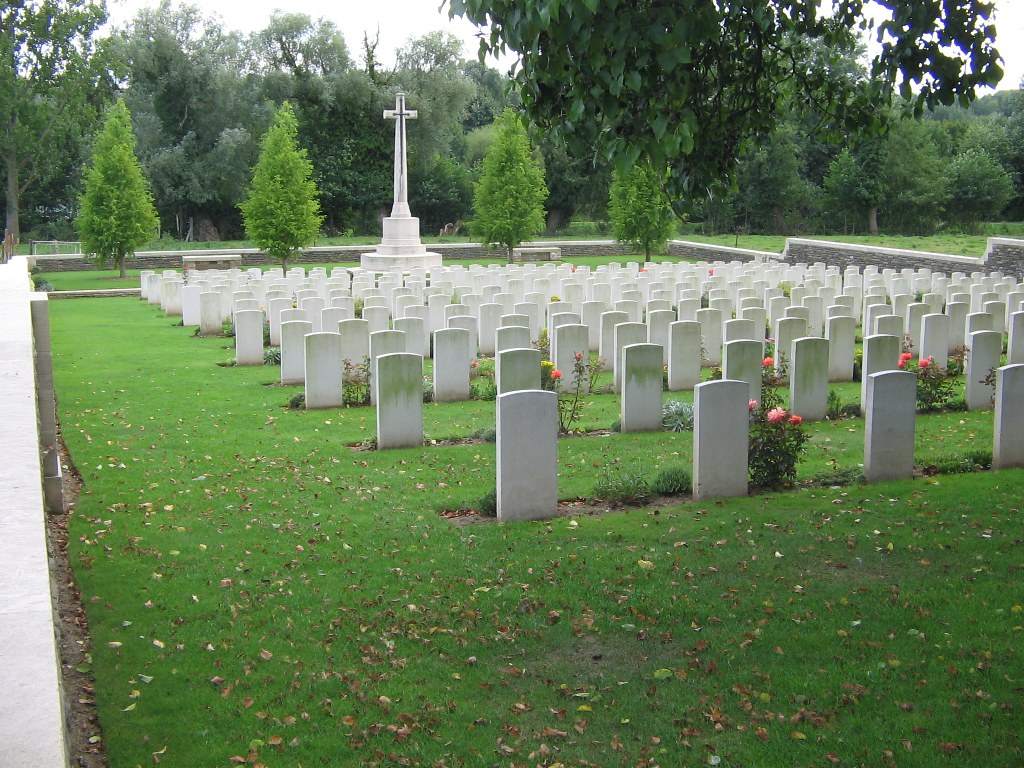 Ste. Catherine is a village in the Department of the Pas-de-Calais, adjoining the city of Arras on the north side. Ste. Catherine British Cemetery is on the left of the road to Therouanne (the Chaussee Brunehaut [D341]), not far beyond the Church, then along a side street.

From March 1916 to the Armistice, Ste. Catherine was occupied by Commonwealth forces and for much of that time it was within the range of German artillery fire. The cemetery was started in March 1916 and used by the divisions and field ambulances stationed on that side of Arras until the autumn of 1917. The cemetery was enlarged after the Armistice when graves were brought in from the surrounding area. Ste Catherine British Cemetery contains 339 First World War burials. The cemetery was designed by Sir Reginald Blomfield.