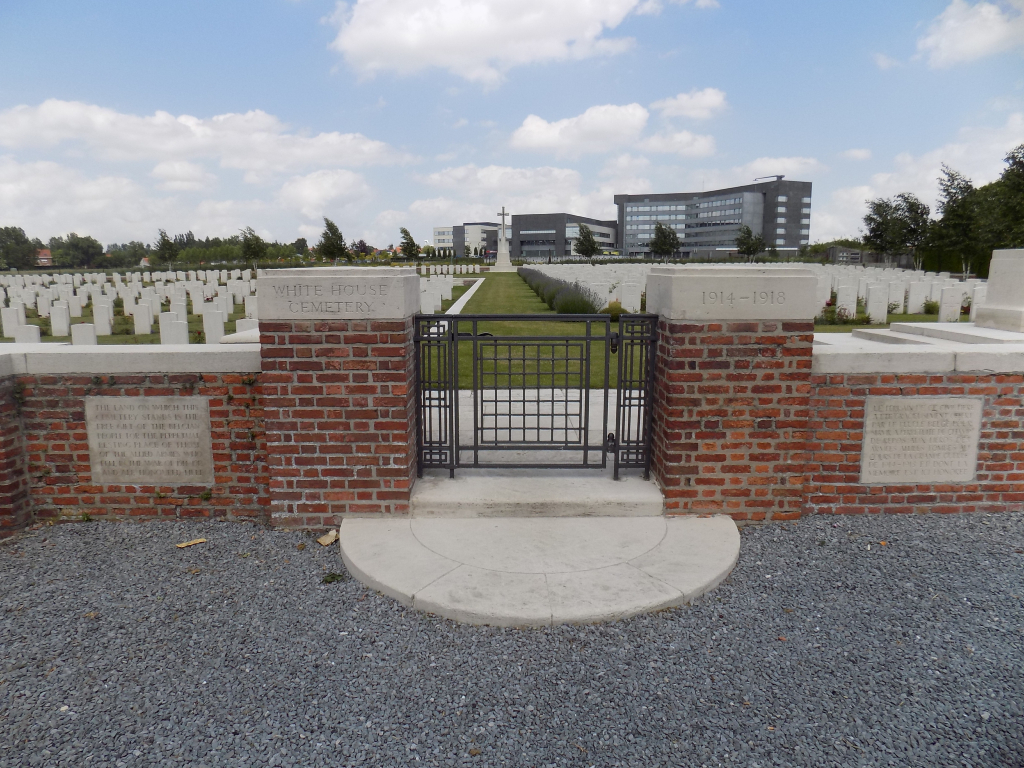 The Cemetery is located north-east of Ieper on the Brugseweg (N313) in the direction of Roeselare/Brugge. From the Grote Markt in Ieper take the road called Korte Torhoutstraat and at the end turn left into Lange Torhoutstraat, follow this road over the roundabout into Kalfvart and continue to the traffic lights. At the traffic lights turn right into Brugseweg and the cemetery is along here on the left before the village of St.Jan.