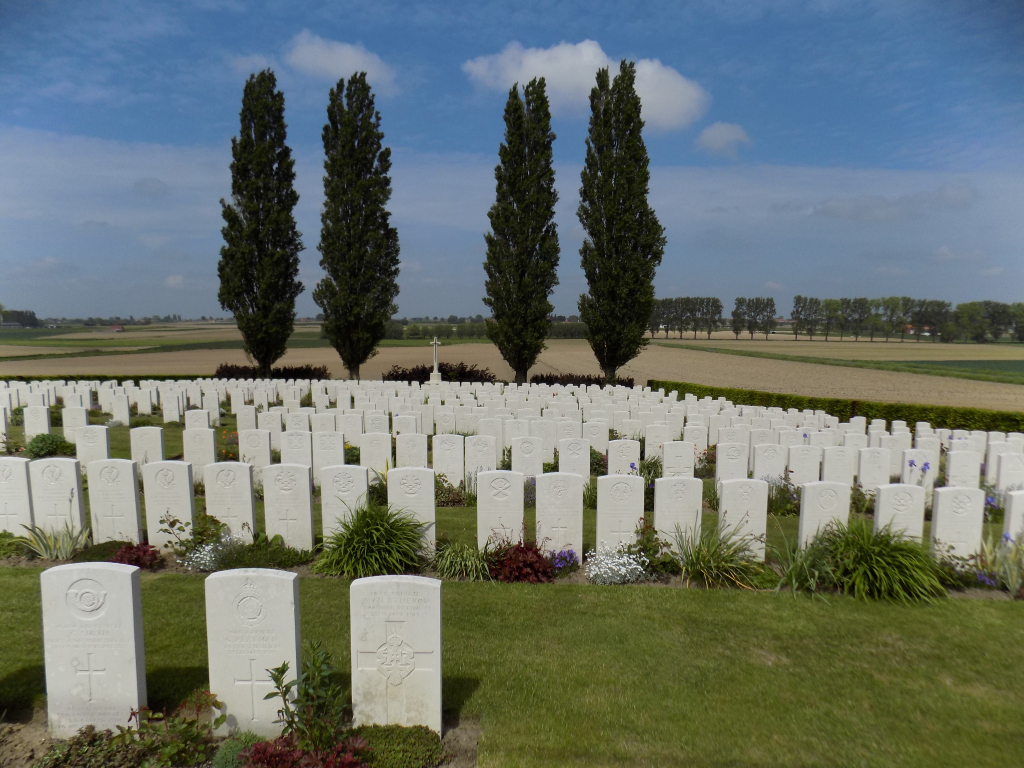 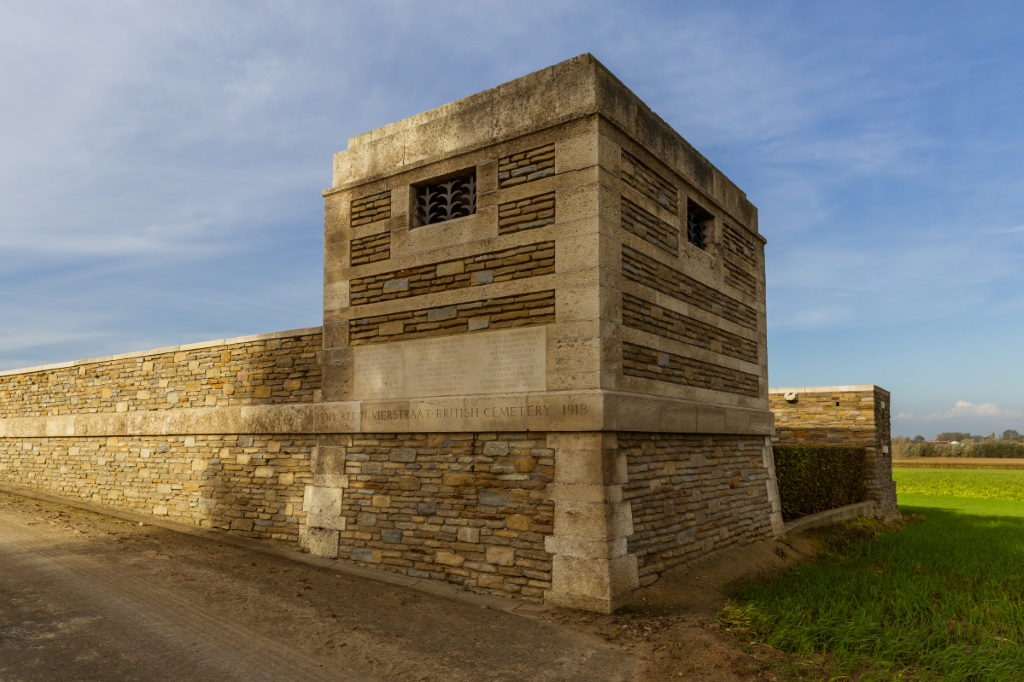 The village of Kemmel and the adjoining hill, Mont Kemmel, were the scene of fierce fighting in the latter half of April 1918, in which both Commonwealth and French forces were engaged.

The cemetery was begun in January 1917 and Plots I to III were made by field ambulances and fighting units before the middle of January 1918. Plot IV was begun in April 1918. After the Armistice, graves were brought into Plot I, Row H, and Plots IV to VII, from two smaller cemeteries (FERME HENRI PATTYN-VANLAERES, Poperinghe and MONT-VIDAIGNE MILITARY CEMETERY, Westoutre) and from the battlefields of Dikkebus, Loker and Kemmel.