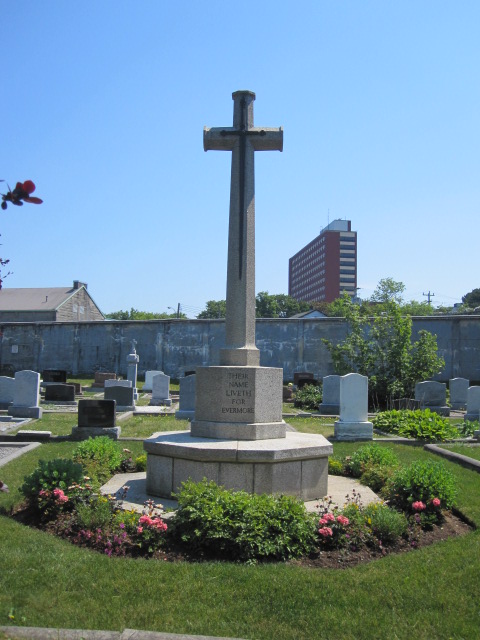 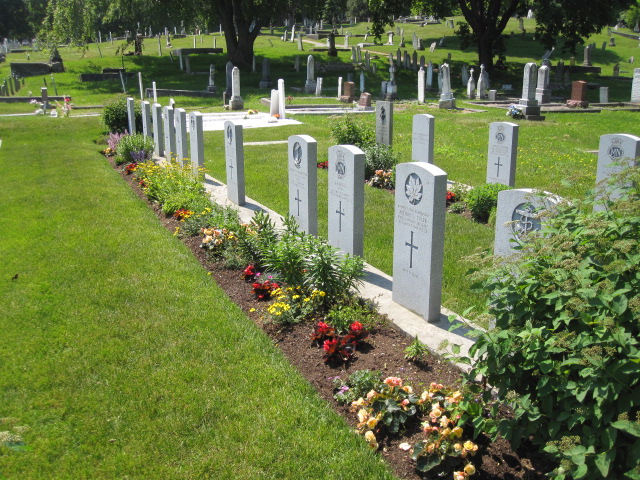 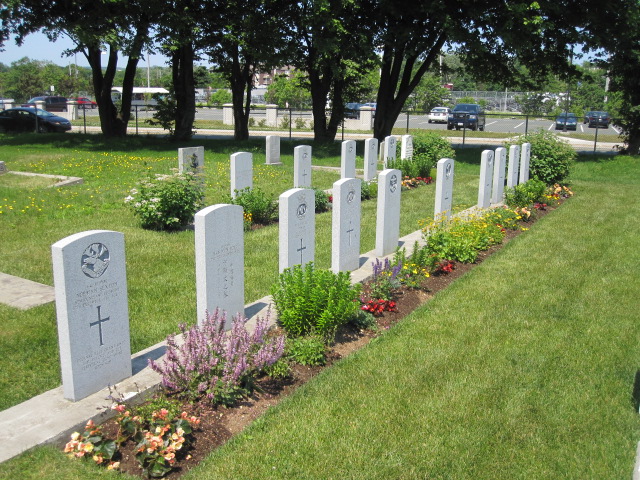 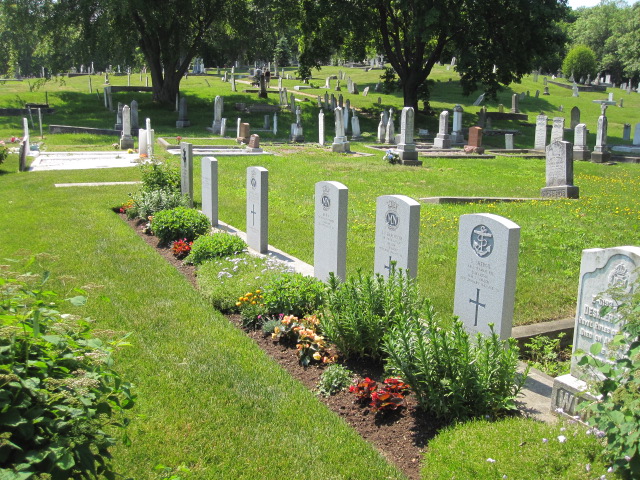 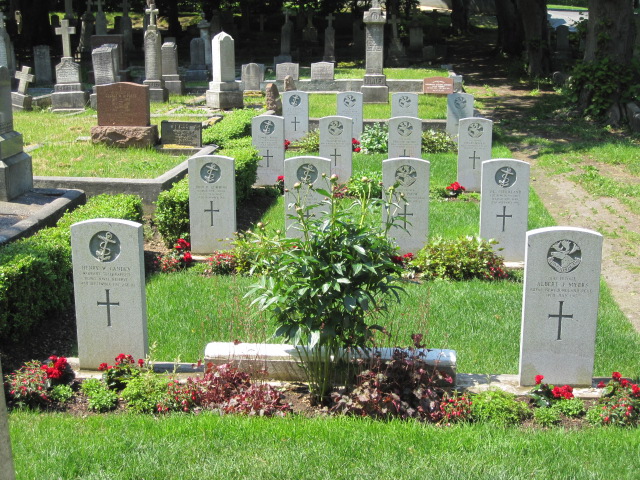 From downtown St. John's access by King's Bridge Road (heading north). Turn east onto Empire Avenue. The cemetery will be on the corner of Empire Avenue and Forest Road.

The cemetery grounds are open for visitation from sunrise until sunset. The on site cemetery office is open Monday to Friday, from 9:00 a.m. until 4:00 p.m.

The city of St. John's is protected by a land-locked harbour, which was used as a naval base during the war. The city was also the headquarters of the Newfoundland Area of the Atlantic Command and a strong defence post. Seven cemeteries in St. John's were used for the burial of service personnel during the 1939-1945 War. Among those buried in this cemetery are three victims of a fire which occured in the Knights of Columbus Hostel in St. John's, on 12th December 1942. Others are buried in Mount Carmel and Mount Pleasant Cemeteries. There are now nearly 20, 1914-1918 and nearly 30, 1939-1945 War casualties commemorated in this site.