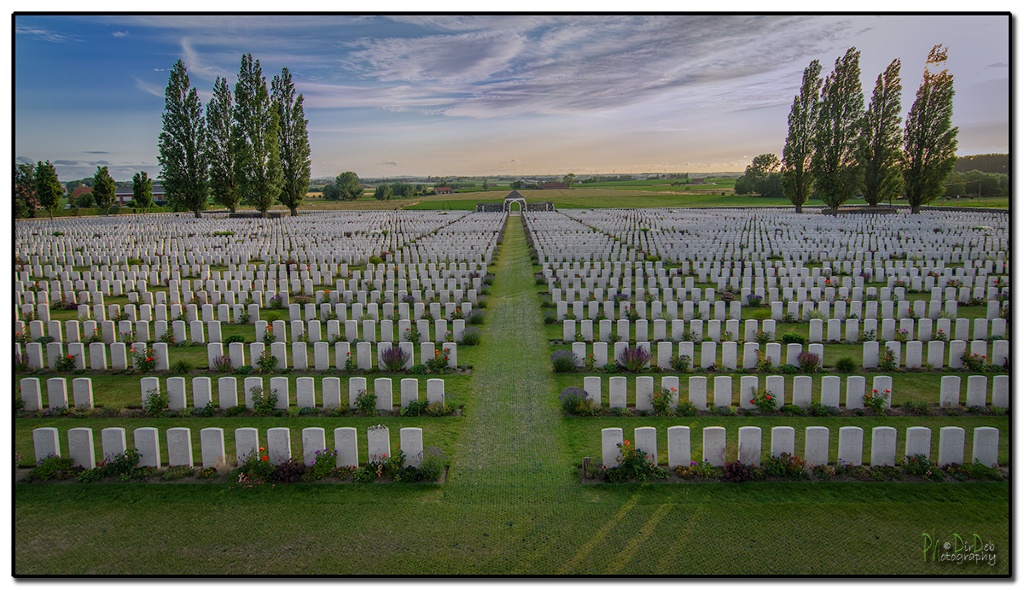 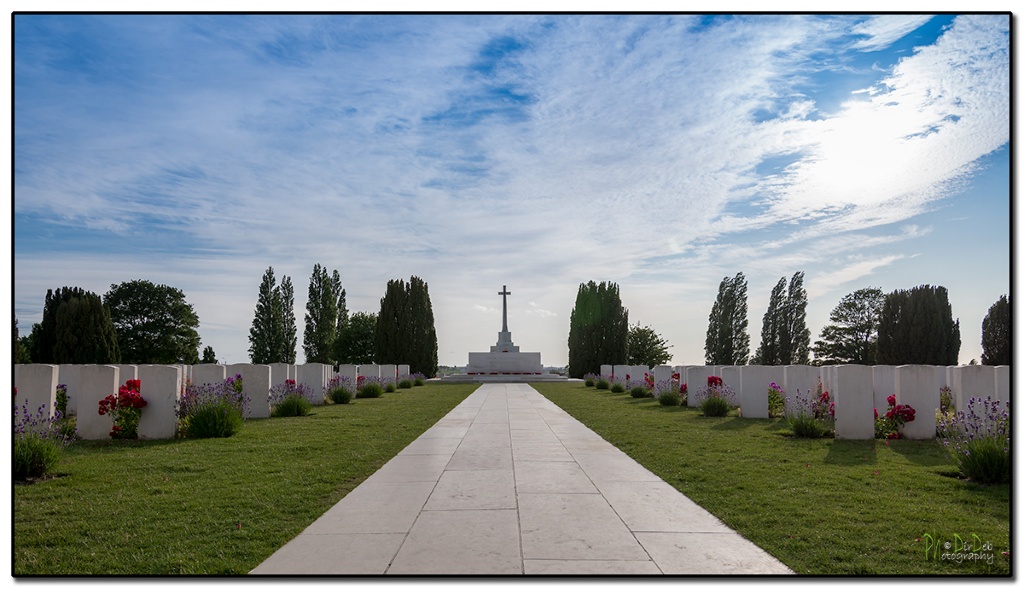 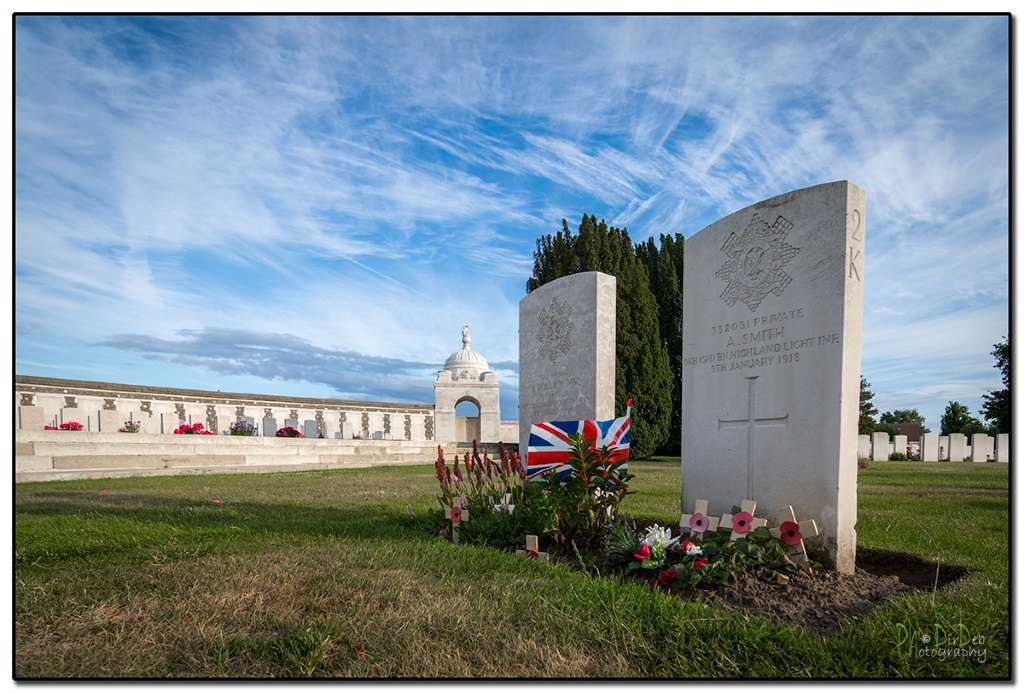 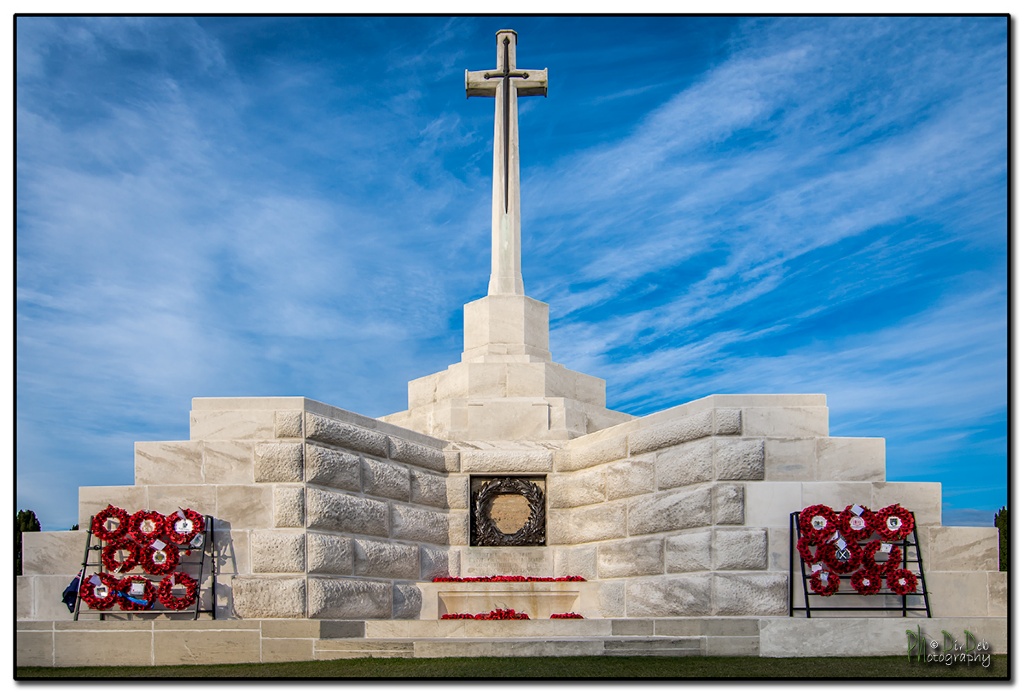 'Tyne Cot' or 'Tyne Cottage' was the name given by the Northumberland Fusiliers to a barn which stood near the level crossing on the Passchendaele-Broodseinde road. The barn, which had become the centre of five or six German blockhouses, or pill-boxes, was captured by the 3rd Australian Division on 4 October 1917, in the advance on Passchendaele.

One of these pill-boxes was unusually large and was used as an advanced dressing station after its capture. From 6 October to the end of March 1918, 343 graves were made, on two sides of it, by the 50th (Northumbrian) and 33rd Divisions, and by two Canadian units. The cemetery was in German hands again from 13 April to 28 September, when it was finally recaptured, with Passchendaele, by the Belgian Army.