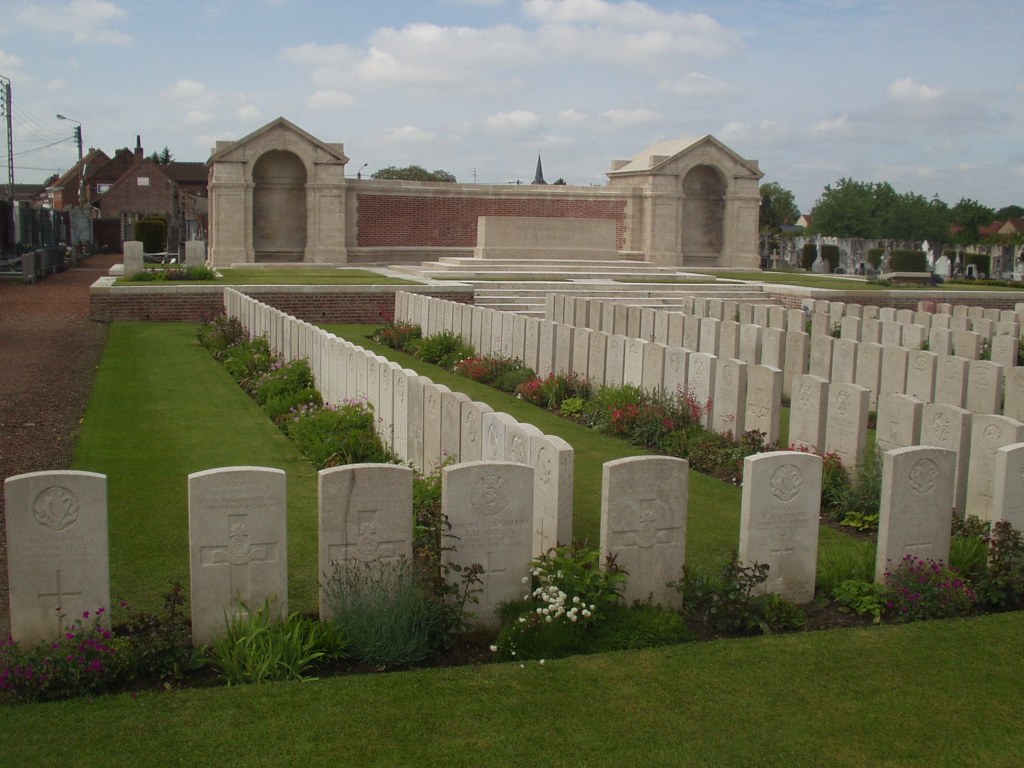 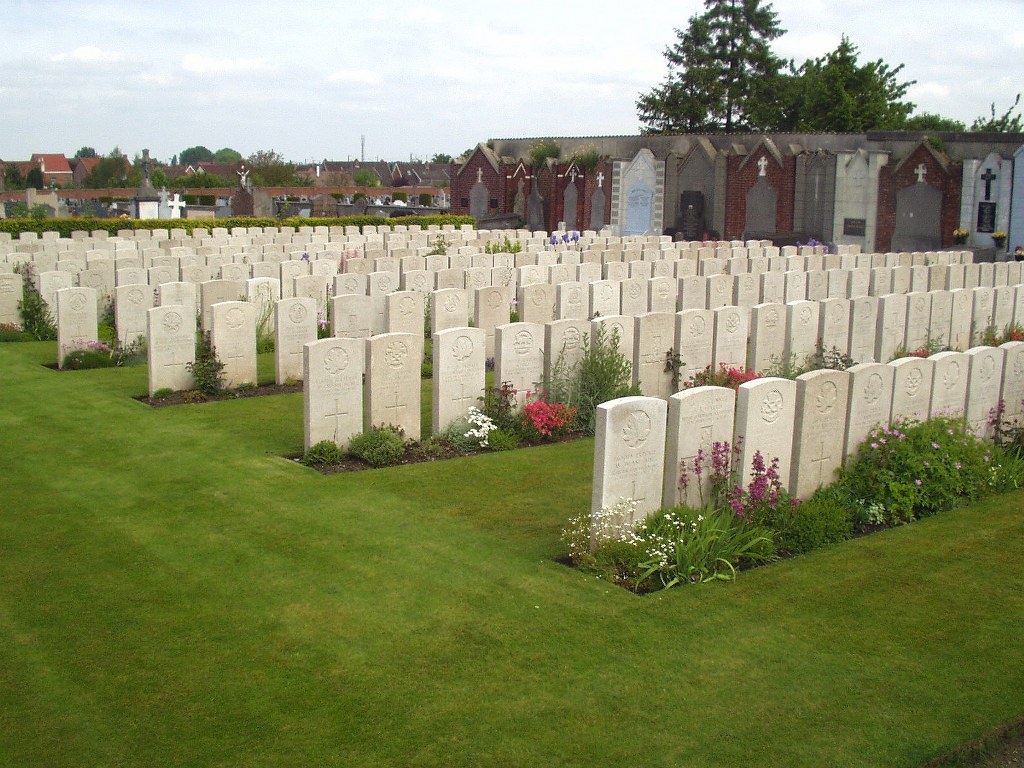 Noeux-les-Mines is a town 6 kilometres south of Bethune on the main road to Arras. The Communal Cemetery is on the northern side of the town, on the south-east side of the road to Labourse.