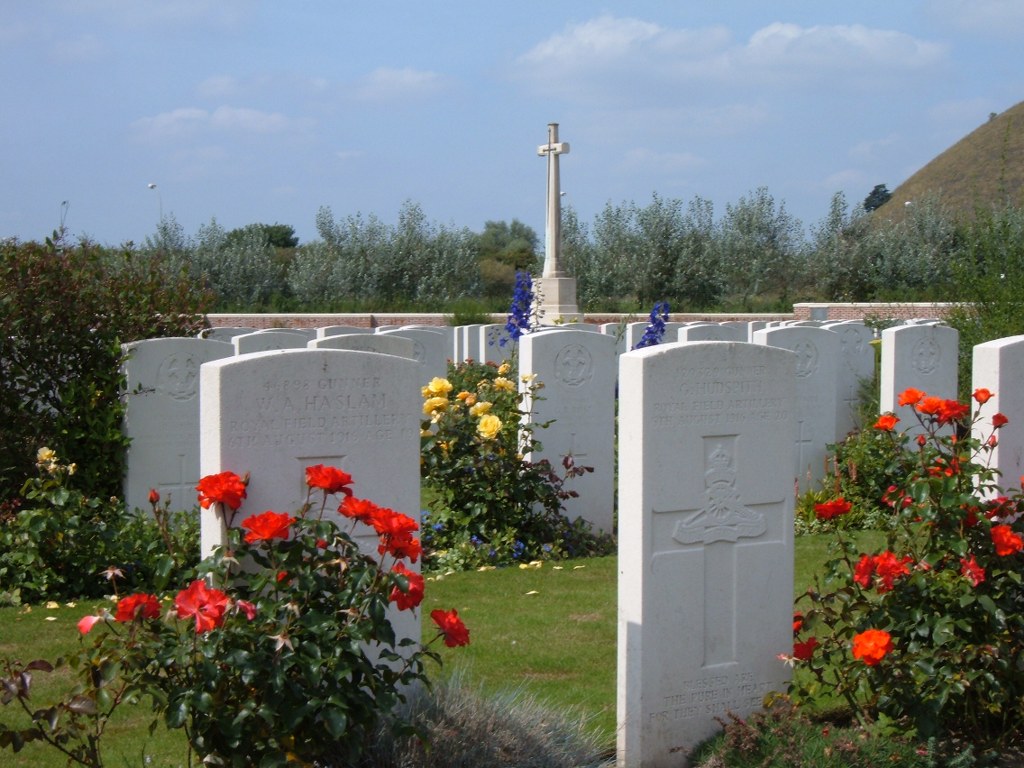 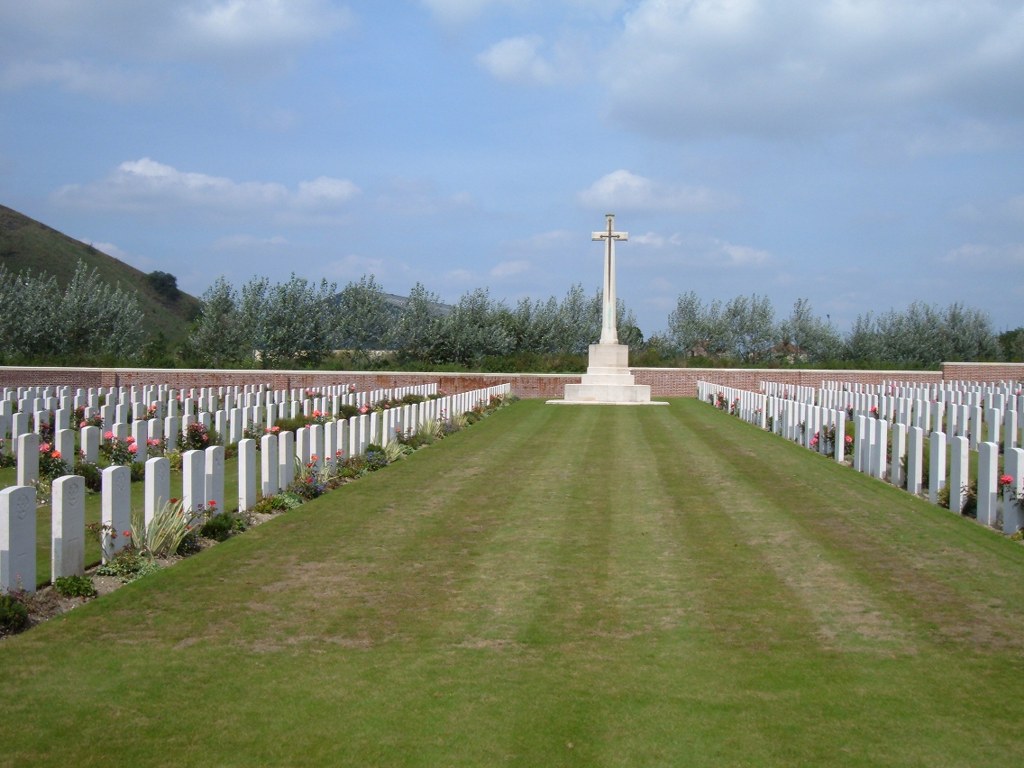 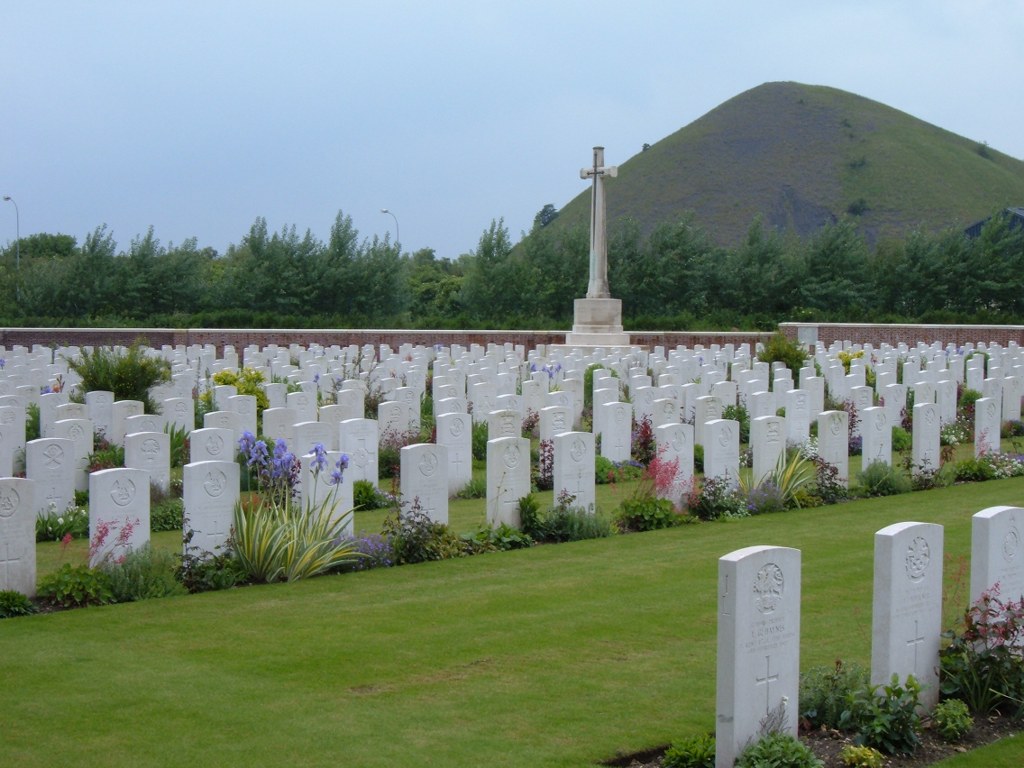 Philosophe lies between Bethune and Lens. From the Lens-Bethune road (N43), follow the D165E road for 400 metres to a right turn. The cemetery lies to the left 100 metres along this track. The first CWGC sign for the cemetery is at the junction of the N43 and the D165E.

The cemetery was started in August 1915. In 1916 it was taken over by the 16th (Irish) Division, who held the Loos Salient at the time, and many of their dead were brought back to the cemetery from the front line. Succeeding divisions used the cemetery until October 1918, and men of the same Division, and often the same battalion, were buried side by side. After the Armistice, this cemetery was one of those used for the concentration of isolated graves from the Loos battlefield. The bodies of 41 men of the 9th Black Watch were brought from positions a little West of Loos, and those of 340 officers and men of other Regiments from different points in the communes of Cambrin, Auchy, Vermelles, Halluch and Loos. There are now 1,996 Commonwealth burials of the First World War in the cemetery, 277 of them unidentified. The cemetery was designed by Sir Herbert Baker.