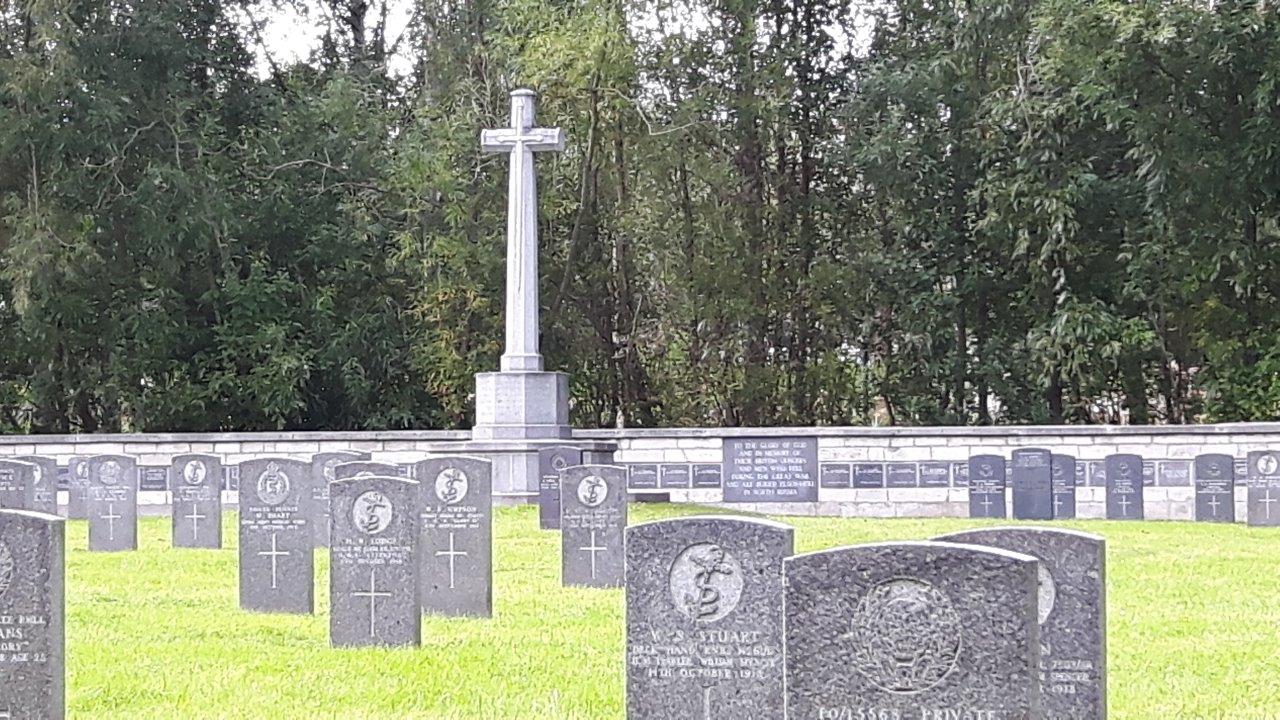 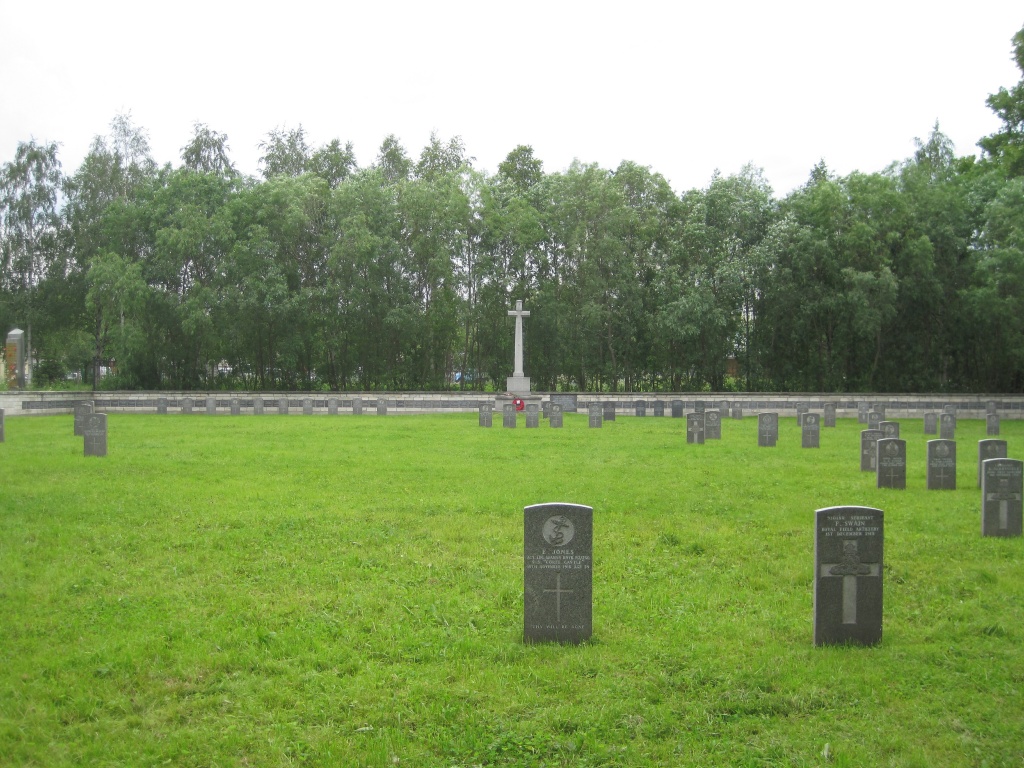 During both world wars, Archangel was one of the ports through which the Allies assisted Russia with supplies and munitions. The cemetery was begun immediately after the occupation of the town in August 1918 by the Allied force sent to support the Soviet Russian Government against potential threat from German occupied Finland and other local sources. It was used by No.85 General Hospital, No.53 Stationary Hospital, No.82 Casualty Clearing Station, HM Hospital Ship 'Kalyan' and other Allied hospitals. During the Second World War, after the German attack on Russia in June 1941, Archangel became an Allied airbase and a naval base from which minesweepers met and escorted the convoys. ARCHANGEL ALLIED CEMETERY contains 224 burials and commemorations of the First World War, including special memorials to 140 officers and men with known burials in cemeteries elsewhere in northern Russia. Two of the burials are unidentified. The cemetery also contains 7 Second World War burials. The ARCHANGEL MEMORIAL, which consists of panels fixed into the east wall of the cemetery, commemorates 219 British officers and men who died during the north Russian campaign and whose graves are not known.