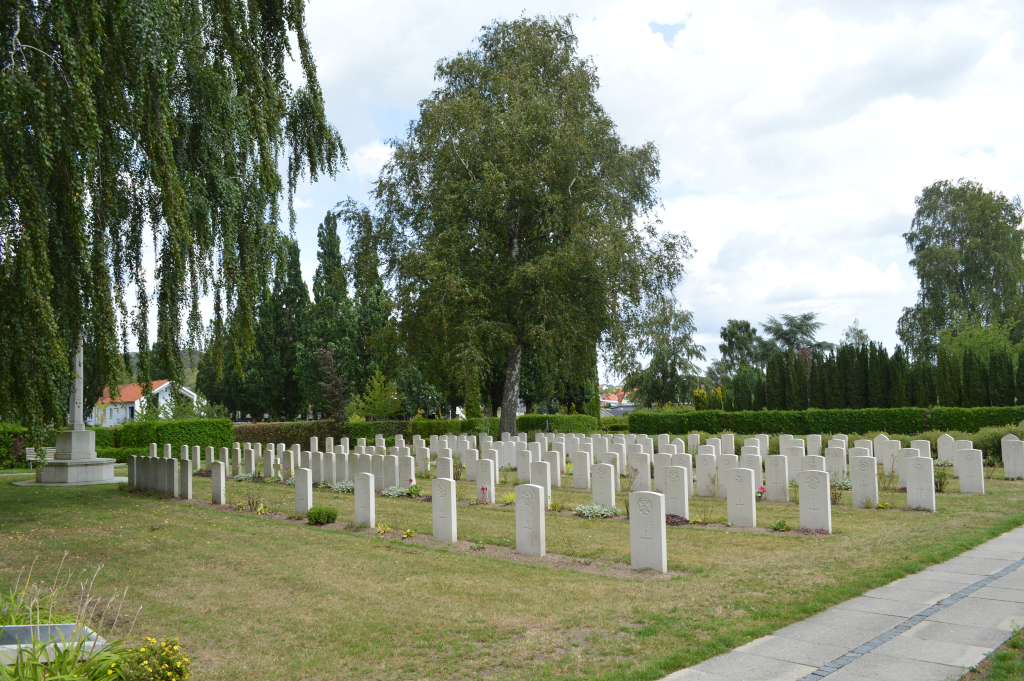 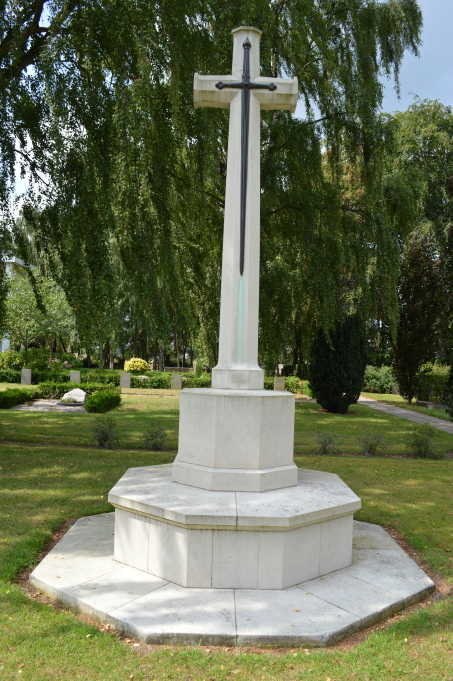 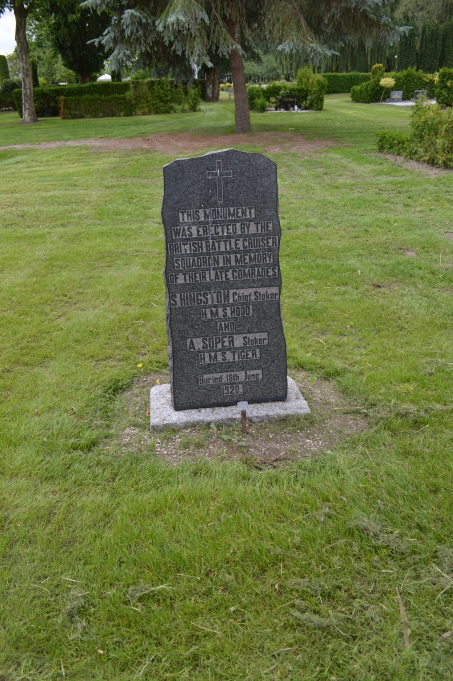 Aabenraa is a town on the south-east Jutland coast about 25 kilometres north of the German border. Approaching the town from the E45 motorway, take the second turn off to Aabenraa. Follow this road to the traffic lights and turn right towards Aabenraa S into Vestvejen. Descend the hill to the next traffic lights and turn left again into Forstalle. The entrance to the cemetery is 150 metres along on the left side. From the main entrance follow the central path past the chapel and take the 3rd path on the left. The plot is to the right where the Cross of Sacrifice is visible. The two WWI burials are not within the plot and are marked by a granite private memorial which can be found as follows; standing with the WWII plot on your left and with the tall grey monument behind, walk forward over the cross path, past the first two concrete pits on the right and the private memorial will be on your right, 5 metres from the path before the second set of three concrete pits.

Aabenraa Cemetery contains a Commonwealth war graves plot of 147 burials of the Second World War, most of them airmen. Two Commonwealth sailors of the First World War are buried elsewhere in the cemetery, in a joint grave marked by a private memorial. The Commonwealth plot also contains seven Polish war graves.